A dynamic model of the Innova MicroSolar plant was developed in Matlab/Simulink [28] and the performance of the integrated system assessed in terms of electric and thermal efficiency and energy production. The control logic implemented into the model aims at producing electricity at its maximum, whilst the thermal load is considered as a by-product, which can be usefully collected by final users. In particular, the cascade fuzzy logic controller has been implemented to improve the operational management of the thermal storage with the purpose of increasing the global performance of the plant. Eventually, the obtained performance of the integrated system is compared with that of the plant operating at the same ambient conditions, but with a single LHTES without a smart control management.

The following main components have been included into the model: (i) the LFR solar field; (ii) the micro ORC plant; and (iii) the Phase Change Material (PCM) thermal energy storage tank equipped with reversible heat pipes. Specific subroutines for the LFR solar field, the ORC unit and the PCM storage tank equipped with heat pipes have been developed by the authors in Matlab as extensively discussed in reference [16]. In particular, the LFR and ORC subsystems are quasi-steady state models, whilst the thermal storage is a purely dynamic model. In order to take into account the thermal losses of the tubes connecting the different subsystems and the influence of their thermal inertia, a 1D longitudinal model of the pipelines has also been included, as further explored in reference [29]. The different subroutines were validated with available performance data from the manufacturers, as better discussed in reference [16].
Depending on the solar radiation and the state of charge of the LHTES, the integrated plant works according to different operation modes (OM), which are detailed in Table 1. Indeed, the diathermic oil from the solar field flows to the LHTES and/or directly to the ORC, based on its temperature and on the amount of power collected at the receiver. In the following, the different operation modes are described:
In this work, the LHTES is modelled as subdivided into six modules (sub-LHTES), as reported in Figure 1, and each of them may have a distinct operation and temperature level. The TES control unit monitors their state of charge and sends signals to the main control system to choose the number of modules in operation, according to a fuzzy logic approach.
The dynamic performance of the integrated system is simulated in Matlab/Simulink for a whole year. Weather data in terms of solar radiation and ambient temperature have been taken from Meteonorm database for the city of Lerida, Spain, since it is close to the location where the prototype plant is installed.

The thermal storage has been designed to guarantee 4 h of ORC unit operation with a nominal input power of 25 kW, thus a total of 100 kWh. This thermal energy storage system, as designed by Northumbria University and Aavid Thermacore [30] and investigated by the team at Lleida University [31], consists of 3.8 tons of nitrate solar salt kNO3 (40 wt.%)/NaNO3 (60 wt.%), whose melting temperature is in the range 216 ÷ 223 °C [32]. Reversible heat pipes, developed by Aavid Thermacore, enhance the heat transfer between the PCM and the heat transfer fluid. The mathematical model follows the guidelines described in the International Energy Agency IEA Task 32 report on advanced storage concepts [33], where a detailed description of Type 185 for the Trnsys simulation tool [34] is provided. The model is based on the following main assumptions: (i) material isotropic and isothermal in each internal time-step; (ii) no hysteresis and subcooling effects; and (iii) charging and discharging are not simultaneous. The presence of heat pipes is modelled by both limiting the maximum power exchanged to 40 kW and fixing a minimum temperature difference between the oil and the PCM equal to 5 °C (asymptotic condition).
Hence, the temperature variation of the PCM due to the heat exchanged can be obtained by: where f is a function of both PCM and oil thermal properties. Then, from the temperature variation of the PCM, it is possible to calculate the heat exchanged as:
During the LHTES operation, the power released or acquired is affected by the heat exchange characteristics among diathermic oil, heat pipes and PCM material. This aspect is crucial on the performance of the whole plant, e.g., a slow or ineffective heat extraction from the thermal storage could cause LFR defocusing or low inlet temperature into the ORC inlet. For a better understanding of the power amount available at different oil temperatures, Figure 2a,b show the charging and discharging phases of the LHTES respectively:
From the figures above, it is evident the power gain available within the melting region and this is the reason why the ORC is set to operate between 215 and 217 °C (TORC,off, TORC,on, respectively). The represented charging phase refers to 3 kg/s of inlet oil flow rate at 280 °C. Similarly, during the discharging phase, PCM is initially at the maximum temperature of 280 °C and heat is removed by oil from the ORC at design conditions (oil temperature 150 °C and oil flow rate 0.22 kg/s).

This paper aims at evaluating the benefits provided in terms of thermal efficiency of a plant equipped with a thermal storage subdivided in several modules, while managing their operation by means of a smart fuzzy logic controller. In this case, the storage subdivision has been applied to an innovative micro solar CHP plant used in residential applications. Six sub-LHTES modules have been used and their operation has been managed according to cascade fuzzy logic control. While the main control system of the plant is designed to maximize the annual electric energy production, this further control aims at managing the sub-LHTES system only, but, as a consequence, it affects the thermal and electric energy production of the whole plant over the year. Hence, the performance of the integrated plant has been evaluated on a monthly and yearly basis and compared to that of the plant with a single LHTES (without subdivision into modules and smart management). The main findings of the comparison highlight that the proposed smart management of the sub-LHTES contributes to:
Conversely, it causes more than 9% additional thermal losses due to the higher pipeline working temperature (compensated by the increased TES efficiency mentioned above).
Concluding, the adoption of a smart control management of the sub-LHTES allows increasing the performance of an integrated micro CHP unit powered by solar energy when the plant works in part load conditions. Furthermore, it is not expected an increase in investment costs for the proposed system because the modular design of the TES is a more effective technical solution envisaged also for the standard system, thus, the real cost difference would be related mainly to some valves while the cost of the control algorithm implementation can be considered negligible. Nevertheless, further investigation is required to better estimate the exact potential of the proposed approach changing the priority ranges, and a validation of the control strategy is desirable during the forthcoming experimental tests campaign.

This study is a part of the Innova MicroSolar Project, funded in the framework of the European Union’s Horizon 2020 Research and Innovation Programme (grant agreement No 723596). 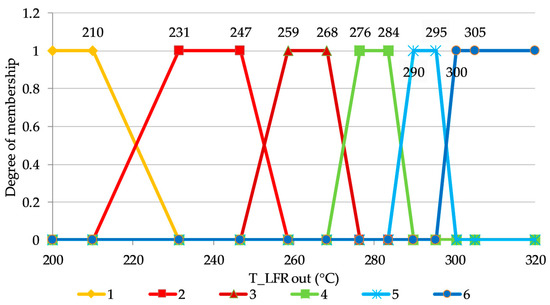 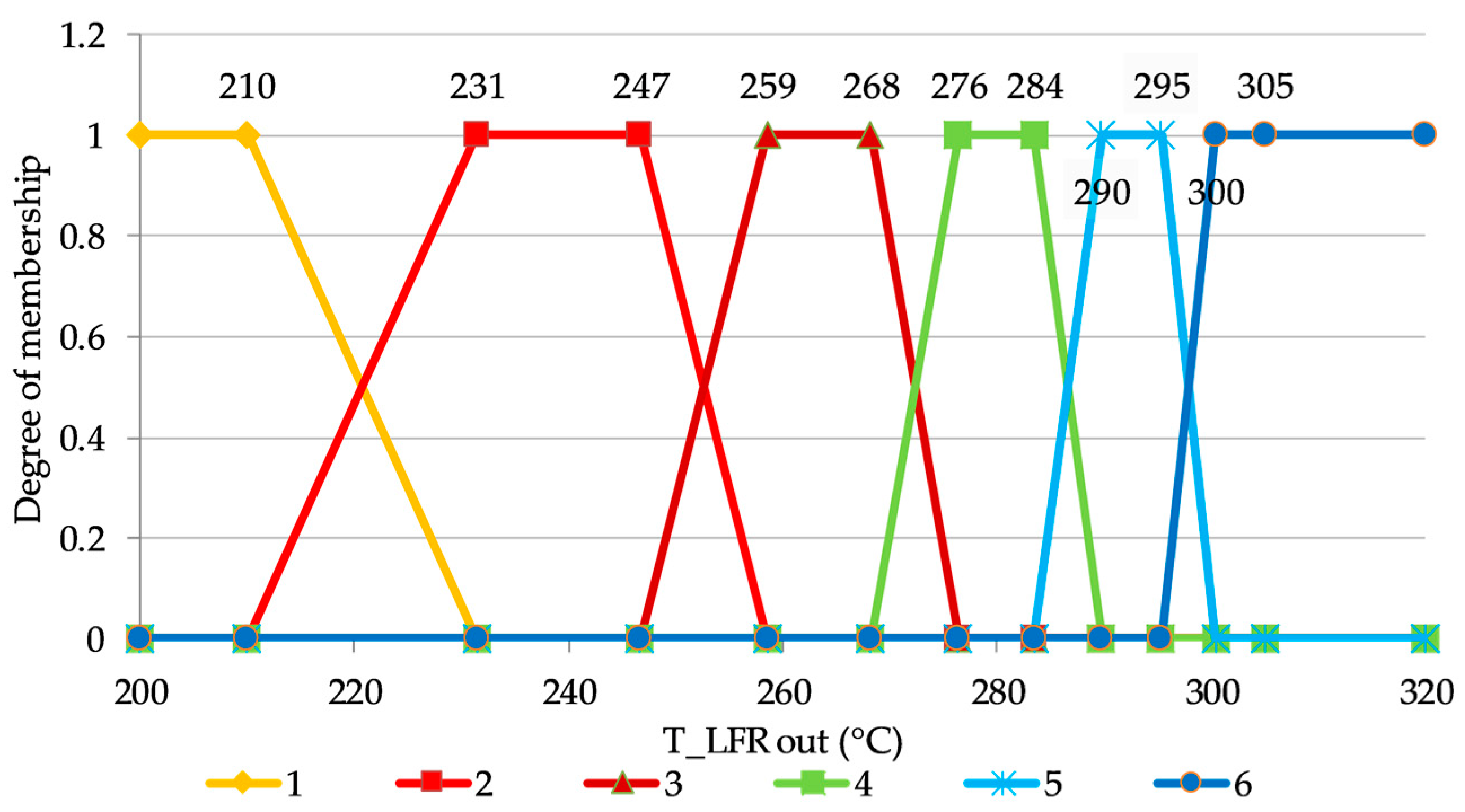 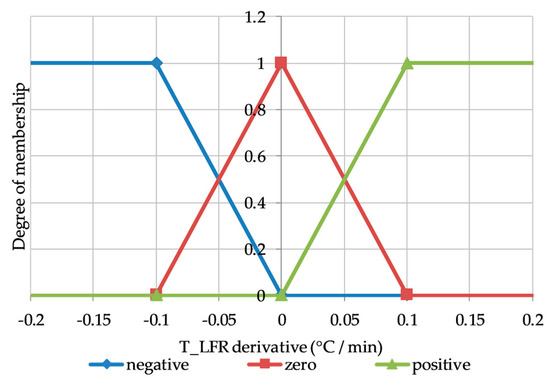 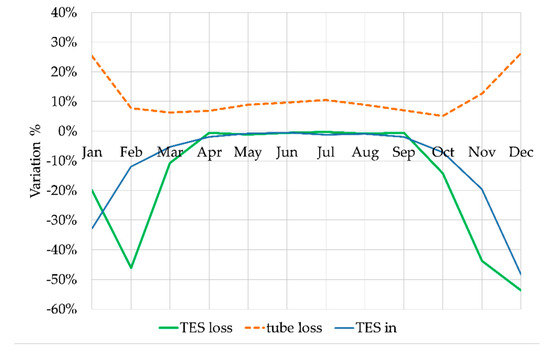