Thermodynamics used to be brief, simple and unambiguous. Today, thermodynamics is in a difficult situation because of the confusion and gibberish that permeate through scientific publications, popular science, journalism, and public conversations. Thermodynamics, entropy, and similar names are pasted brazenly on new concepts in order to promote them, without respect for their proper meaning.
Thermodynamics is a discipline, a body of knowledge with unambiguous concepts, words, rules and promise. Recently, I made attempts to clarify our difficult situation [1,2,3,4], so here are the main ideas:
The thermodynamics that in the 1850s joined science serves now as a pillar for the broadest tent, which is physics. From Carnot, Rankine, Clausius, and William Thomson (Lord Kelvin) came not one but two laws: the law of energy conservation (the first law) and the law of irreversibility (the second law). The success of the new science has been truly monumental, from steam engines and power plants of all kinds, to electric power in every outlet, refrigeration, air conditioning, transportation, and fast communication today.
Yet, as soon as the two laws were announced, scientists sought to shoehorn the new science into the old mechanics doctrine. The first law was easy, as was already known in mechanics since the early 1700s as vis viva and vis mortua, the conservation of kinetic energy into gravitational potential energy, and vice versa (that is, if we put it in today’s thermodynamics terminology).
More difficult was the second law. The race was on to “deduce” the law of irreversibility from mechanics. Even the founders of thermodynamics (Rankine, Clausius, Kelvin) were persuaded to think that perhaps irreversibility is due to mechanics at infinitesimal scales, tiny whirls and particles, in the reductionist belief that infinitesimally small means fundamental.
The narrative that prevailed from these efforts came one generation after the founders, from Boltzmann, who reduced thermodynamics to a single system (closed, in equilibrium, inhabited by innumerable identical particles) and, surprise, an entirely new concept that did not exist in thermodynamics before: the probability of energy states.
The rest is history, or rather cacophony. There are many “entropies” in circulation now. Most scientists teach that the second law is “probabilistic”, and that Boltzmann invented entropy. Reality is not that, and we can count on reality because nature is the same as it ever was.
One entirely new concept (irreversibility, in thermodynamics) was replaced by another new concept (probabilities), from statistical mechanics. This sleight of hand has retarded physics because it has obscured the fact that thermodynamics is immensely more general and more applicable than statistical mechanics. Why so, because the object of thermodynamics is the “any system” (with any imaginable boundary, any interactions, and any constitution), whereas the object of statistical mechanics is narrow, with specified boundary, interactions and contents.
Statistical mechanics has its own big merits, which are not being questioned here. The point is that the utmost generality of thermodynamics is why today we have power plants, vehicles, cheap electric power, refrigeration, and practically instant travel and communications all over the globe.
The “cheap power” is the hand of freedom in the evolution of the configurations of the contrivances made by and attached to humans. The time direction of this evolutionary phenomenon is the same as that of “any” evolution, human-related or not human-related, bio or non-bio, past or future, small or large, and so on. Evolution is the universal phenomenon of change in configuration, in a discernible direction versus time. As physics, evolution is the physical ability of the system to exhibit change [1]. This physical feature is underpinned by the constructal law and the universal physical property of freedom.
“Phenomenon” is a set of distinct observations of the same kind, which repeat themselves in the billions. For example, the phenomenon of “having weight” (gravitas in Latin, and gravidam for being pregnant) is called gravity. The phenomenon of flowing “one way” is called irreversibility, as in the flow of water under the bridge, and the flow of a heat current from hot to cold. In thermodynamics, this universal phenomenon of irreversibility is the second law, even though in the original statements (Clausius, Kelvin) it was said in terms of heat flow and the production of mechanical work while a closed system is in communication with two temperature reservoirs.

Entropy change (not “entropy”) is a mathematical expression formulated by Clausius in order to show the irreversibility of “any” process (any change of state) experienced by any system. This way, the second law is an inequality. The measurement of the severity of the inequality sign is the entropy generated during the process, and this is being used as a measure of how irreversible (dissipative, imperfect) the process is.
Distinct from irreversibility is the phenomenon of order or disorder, construction or destruction, complexity or simplicity, organization, design, emergence or extinction, and many more such terms. This is the phenomenon of evolution in general, as physics [1]. Evolution is everywhere: river basins, aircraft models, turbulence, lungs, heat exchangers, urban traffic, and architecture. Observations of evolution reveal the physics of time in human perception [5] and the direction of time [6], which, as commanded by the constructal law [1,7], orients the evolution toward new configurations through which the flowing is easier.
According to Clausius, the second law is a piece of text, not mathematics: “No process is possible whose sole result is the transfer of heat from a body of lower temperature to a body of higher temperature.” It is common sense, not jargon. It is a general statement that says nothing about entropy and disorder. Second law statements in terms of disorder, information or entropy death hold for significantly narrower fields. By the way, “information” comes from the Latin verb informo-informare, which means to give form and shape, to form, and to fashion. This is design “change”, said the old fashion way, and it calls for greater attention to be paid to the universal phenomenon of design evolution in nature [1].

Students are not taught “discipline” along with their thermodynamics. Perhaps they are taught other things, but as I just showed some of those other things are dead wrong. To see how wrong, take a look at what anonymous authorities post as “thermodynamics” on Wikipedia. Try to correct that, and you find yourself censored. The anonymous agree with each other, as they continue their probabilistic march to reductionism.
Words matter, and pictures do not lie. One word has one sense, a message that conveys to others the mental image that gave birth to that word a very long time ago. Get into the habit of reading dictionaries of the languages in which science was born, developed, and written: Latin, Greek, Italian, French, English, and German. It is essential to understand the terms of any discussion about thermodynamics and entropy.
There is no contradiction between discipline and the freedom to explore new ideas and pose new questions. There is oneness. The scientist who possesses the disciplines is the most free and able to venture into the virgin forest of knowledge. Discipline is empowering and liberating [1].

This article was written during the author’s term as recipient of the 2019 Humboldt Research Award. The author thanks Yousef Haseli for contributing many useful and clarifying suggestions during the writing of this manuscript. 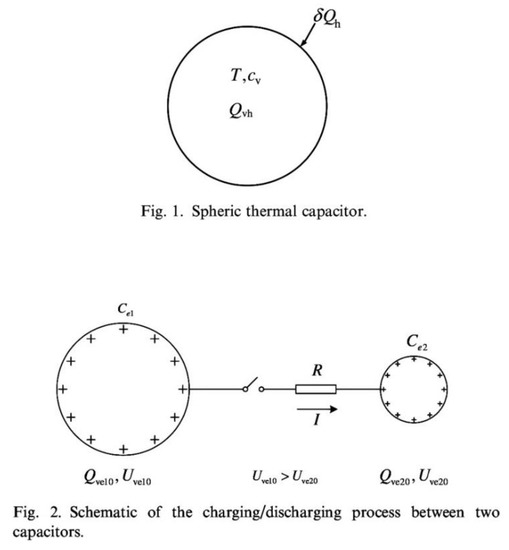 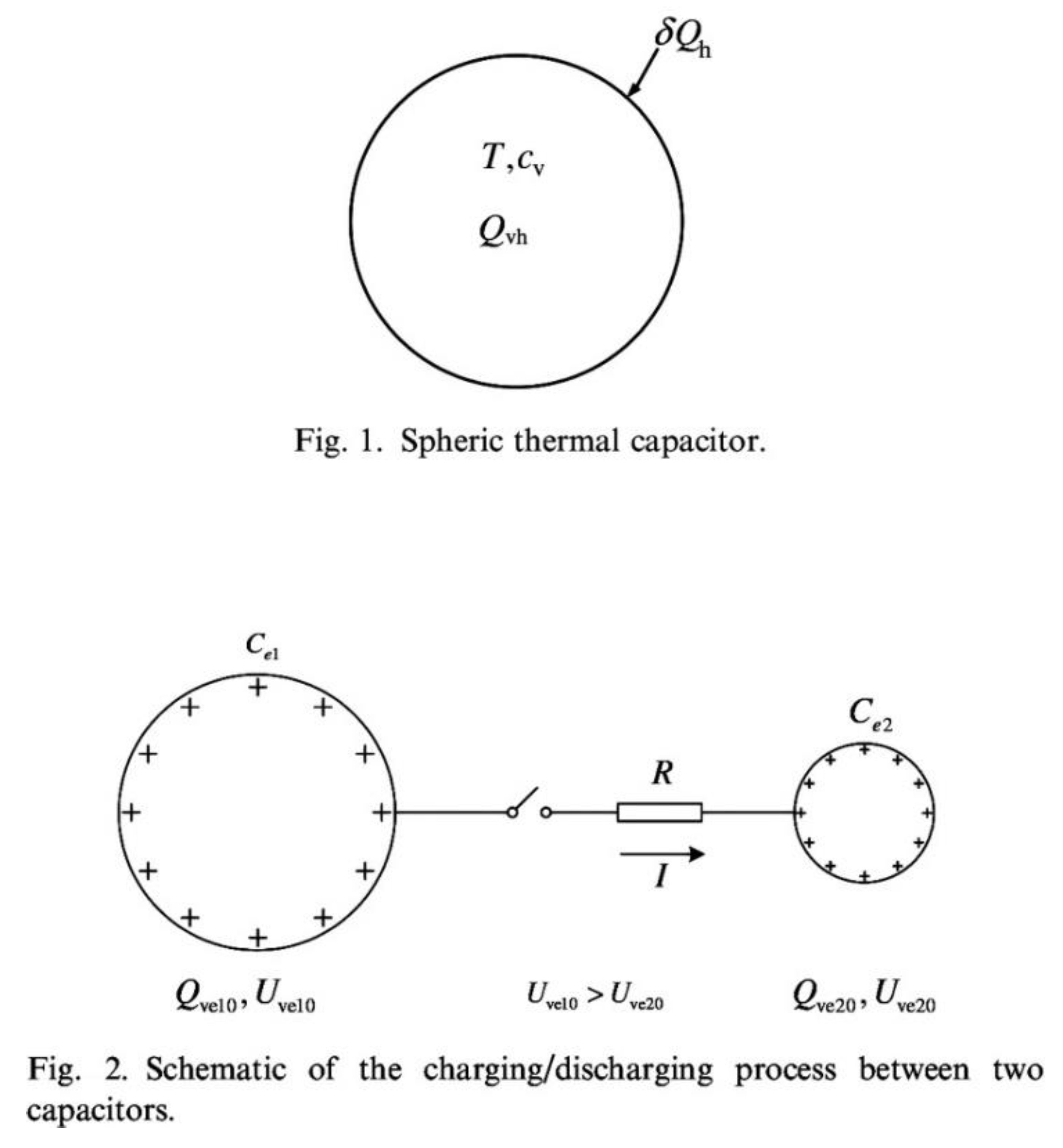