The Society of Automotive Engineers (SAE) Recommended Practice (RP) J2954 (November 2017) was recently published to standardize the wireless power transfer (WPT) technology to recharge the battery of an electric vehicle (EV). The SAE J2954 RP establishes criteria for interoperability, electromagnetic compatibility (EMC), electromagnetic field (EMF) safety, etc. The aim of this study was to predict the magnetic field behavior inside and outside an EV during wireless charging using the design criteria of SAE RP J2954. Analyzing the worst case configurations of WPT coils and EV bodyshell by a sophisticated software tool based on the finite element method (FEM) that takes into account the field reflection and refraction of the metal EV bodyshell, it is possible to numerically assess the magnetic field levels in the environment. The investigation was performed considering the worst case configuration—a small city car with a Class 2 WPT system of 7.7 kVA with WPT coils with maximum admissible ground clearance and offset. The results showed that the reference level (RL) of the International Commission on Non-Ionizing Radiation Protection (ICNIRP) guidelines in terms of magnetic flux density was exceeded under and beside the EV. To mitigate the magnetic field, the currents flowing through the WPT coils were varied using the inductor-capacitor-capacitor (LCC) compensation instead of the traditional series-series (SS) compensation. The corresponding calculated field was compliant with the 2010 ICNIRP RL and presented a limited exceedance of the 1998 ICNIRP RL. Finally, the influence of the body width on the magnetic field behavior adopting maximum offset was investigated, demonstrating that the magnetic field emission in the environment increased as the ground clearance increased and as the body width decreased. View Full-Text
Keywords: electric vehicles; electromagnetic compatibility; electromagnetic fields safety; LCC compensation; magnetic field; wireless power transfer electric vehicles; electromagnetic compatibility; electromagnetic fields safety; LCC compensation; magnetic field; wireless power transfer
►▼ Show Figures 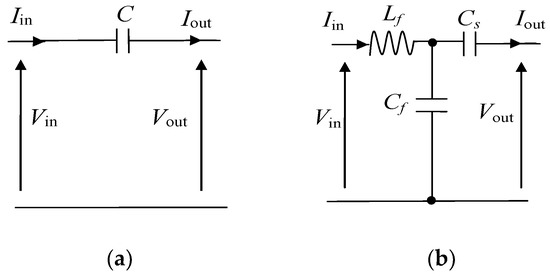