Economic Efficiency of the Internet of Things Solution in the Energy Industry: A Very High Voltage Frosting Case Study
Previous Article in Journal

IoT devices are widely used in the smart home, automobile, and aerospace areas. Note, however, that recent information on thefts and hacking have given rise to many problems. The aim of this study is to overcome the security weaknesses of existing Internet of Things (IoT) devices using Blockchain technology, which is a recent issue. This technology is used in Machine-to-Machine (M2M) access payment—KYD (Know Your Device)—based on the reliability of existing IoT devices. Thus, this paper proposes a BoT (Blockchain of Things) ecosystem to overcome problems related to the hacking risk of IoT devices to be introduced, such as logistics management and history management. There are also many security vulnerabilities in the sensor multi-platform from the IoT point of view. In this paper, we propose a model that solves the security vulnerability in the sensor multi-platform by using blockchain technology on an empirical model. The color spectrum chain mentioned in this paper suggests a blockchain technique completed by using the multiple-agreement algorithm to enhance Thin-Plate Spline (TPS) performance and measure various security strengths. In conclusion, we propose a radix of the blockchain’s core algorithm to overcome the weaknesses of sensor devices such as automobile, airplane, and close-circuit television (CCTV) using blockchain technology. Because all IoT devices use wireless technology, they have a fundamental weakness over wired networks. Sensors are exposed to hacking and sensor multi-platforms are vulnerable to security by multiple channels. In addition, since IoT devices have a lot of security weaknesses we intend to show the authentication strength of security through the color spectrum chain and apply it to sensor and multi-platform using Blockchain in the future. View Full-Text
Keywords: blockchain; IoT; KYD; M2M; IOTA (MIOTA); whitechain; authentification; rainbowchain; computer architecture blockchain; IoT; KYD; M2M; IOTA (MIOTA); whitechain; authentification; rainbowchain; computer architecture
►▼ Show Figures 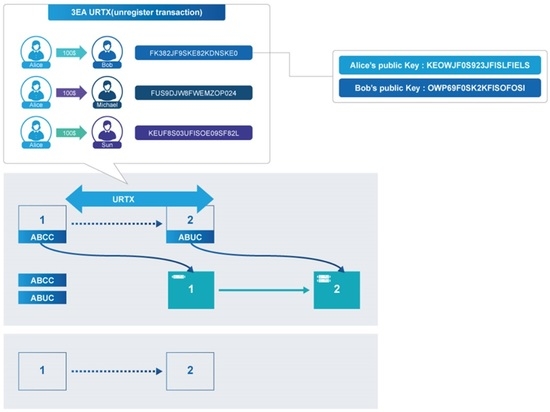