:
While previous research has shown the use of attachable air-caps on windows to efficiently reduce a building’s energy consumption, the air-caps considered had to be attached to the entire window’s surface, thus limiting the occupants’ view and creating the inconvenience of needing to detach and attach the air-caps. In this study, a window-mounted air-cap roller module using Velcro tape that may be easily attached, detached, and rolled up or down was developed and performance tested in a full-scale test bed. It was found that as the area of the air-caps attached on a window increased, the required indoor lighting energy increased. However, the window insulation improved, thus reducing the cooling and heating energy needed. Attaching the air-caps to the entire window surface effectively reduced the building’s energy consumption, but views through the window may be disturbed. Thus, the developed window-mounted air-caps enable an occupant to reduce the building energy consumption and maintain their view according to their need. The findings of this study may contribute to a reduction in building energy consumption without sacrificing a pleasant indoor environment. Further studies may be needed to verify their efficacy under varying indoor and outdoor conditions.
Keywords:
air cap; roller module; energy saving; performance evaluation; building envelope

The concept of net zero energy buildings has been extensively examined; the concept that the power generation from new renewable energy resources offsets the total energy consumption of the building, thus achieving net-zero energy consumption [1,2,3]. Although many studies contributed to the development of new and renewable energy resources to counterbalance the total energy spent in the building, net zero energy buildings are mostly impossible without reduced energy consumption of the building itself. The “2015 Renewable Energy Data Book”, published by the United States Department of Energy, reported that energy consumption by buildings accounted for 39.8% of the overall energy consumption in the United States [4]. It also predicted that the energy consumption of the buildings would continue to increase. The energy usage of buildings for space heating, lighting, and cooling is as high as 20.8%, 11.3%, and 10.0% of the total energy usage in the United States, respectively [5]. Therefore, there is an increased requirement to develop technologies and methods to reduce the energy consumed by buildings. Further, high energy consumption is related to the poor insulation of building skins, especially that of windows. Various studies have been conducted to investigate potential approaches for improving the thermal performance of windows, including the use of double skins [6,7,8,9,10,11,12,13,14,15], phase change materials (PCM) [16,17,18,19,20,21,22], window blinds [23,24,25,26,27,28,29,30,31,32], awnings [33,34,35], and light shelves [36,37,38,39,40,41]. Although several of these apparatuses may be efficiently used to reduce the energy consumption of the buildings, they often have high installation costs or are difficult to be applied to the existing buildings. Air caps, originally developed by the Sealed Air Corporation [42] as a packaging material, comprise a regular pattern of air pockets that are sealed between two sheets of polyethylene film and have been depicted to improve window insulation. In previous studies, air caps were attached to the entire window surface [43,44,45], which may have efficiently improved the insulation performance of the window; however, this may disturb the view through the window and increase the amount of energy required to ensure indoor lighting. Additionally, water or double-sided adhesive tape was used to adhere the air caps [43,44], which caused problems while attaching and detaching the air-caps. In this study, a window-mounted air cap roller module was developed for easy attachment, detachment, and adjustment of the air caps. A full-scale test bed was used to verify the effectiveness of the module in reducing the energy consumption that is required for heating, lighting, and cooling a building.

1.1. Literature Review Research on Air Caps and Their Specifications

According to the information provided by the manufacturer [42], air cap pockets are generally circular and their dimensions vary depending on the thickness of the air-filled layer, as shown in Table 1. In this study, Type 2 air caps with 10-mm diameter circular air-filled pockets were used. This choice was based on a previous study, in which the thermal performance of a window was improved using air caps [43].
Table 2 presents a summary of previous work improving building insulation by implementing air caps. In previous studies, researchers suggested attaching air caps directly onto the glass surfaces or frames of windows to achieve an air-tight fit and improve insulation performance. However, attaching air caps directly onto a window may impair viewing through the window, which is its original function. Moreover, attaching air caps onto a window may decrease the amount of natural light entering the building, thereby reducing the indoor illumination and increasing the energy demand for lighting.

3. Results and Discussion of Performance Evaluation

H.L. developed main idea of the current study, performed and interpret the analysis, and wrote the manuscript. J.S. reviewed the paper. All authors have read and approved the final manuscript. 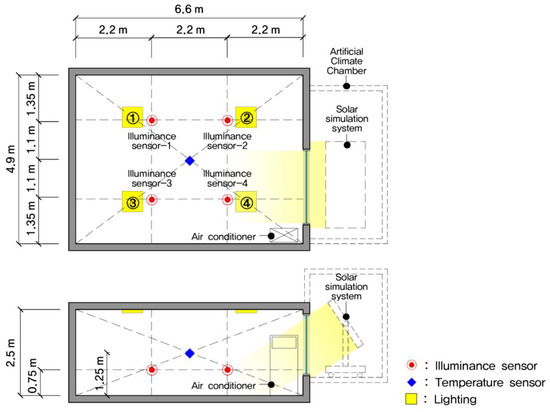