Located in the southeast coastal region of China (in Figure 1), the total land area of Zhejiang Province is 105,400 km2, and the province includes two sub-provincial cities (Hangzhou and Ningbo) and nine prefecture-level cities [46]. Zhejiang Province experienced rapid urbanization and industrialization at an urbanization rate of 64% in 2014, which has exceeded the national average by 11%. At the end of 2014, Zhejiang’s GDP per capita climbed to 73,312.81 yuan (approximately $11,825 USD), which was fourth among the 34 provincial-level administrative units in China.
However, such rapid urbanization and industrialization occurred at the expense of considerable resource consumption, such as fossil energy, which led to a high level of carbon emissions, thereby promoting global warming to a certain extent. The daily temperature in Zhejiang rose higher than 35 °C in 2001–2011 and increased by 8.49 days (in rural areas) and 12.01 days (in urban areas) compared with that of 1971–2000 [47]. With the promulgation of the National Medium and Long-Term Science and Technology Development Plan Outline of China (2006–2020) and the 13th Five-Year low-carbon development plan in the province of Zhejiang, the development of Zhejiang’s low-carbon city must be discussed.
Data on the population, GDP and primary energy consumption from 2000 to 2014 were collected from the Zhejiang Statistical Yearbooks and China Energy Statistical Yearbooks.

The IPAT model was reformulated as the Kaya identity, and it was first proposed by Ehrlich and Holdren [51] to analyse the environmental influence of different countries based on three key driving forces: population size (P), affluence (A, per capita consumption or production) and technology (T, impact per unit of economic activity, or all variations other than population and affluence). The IPCC also regarded this model as the basis for calculations, projections, and scenarios for greenhouse gases (GHGs) in 1996: where I is the environmental load, P is the population, A is the affluence and T is the technology level. Based on the object of the study, the basic model is extended such that C (total carbon emissions) represents the environmental load indicator of I, P represents the total population size, G represents gross domestic product (GDP), E represents the total energy consumption; g represents the per capita GDP, e represents the energy structure and f represents the energy carbon intensity.
This model assumes that major changes in energy use technology do not occur in the short term and that carbon emission coefficients of each type of energy are relatively constant.
If C0 represents the carbon emission in the base year, the annual growth rate of GDP per capita is , the growth rate of population is , the rate of energy structure adjustment is , and the change rate of energy carbon intensity is , then the carbon emissions in target year (T) is as follows:
The LMDI originates from the Kaya identity [52], which explored the relationship between carbon emissions and population, GDP, and energy intensity. The Kaya identity was improved by the index decomposition analysis method and there was a large amount of research on the index decomposition method [53,54,55,56,57]. Compared with various index decomposition analyses, the LMDI method was deemed more appropriate because of its ease of use, adaptability, theoretical foundation and other desirable properties in the analysis [58].
The LMDI decomposition model is based on the extended Kaya decomposition method as follows: where , , , and .

3.1. Changes and Comparison of Carbon Emissions

The LMDI decomposition model was used to quantitatively analyse the factors influencing annual carbon emissions from 2000 to 2014 from the perspectives of economic growth, population size, energy intensity and energy structure (Table 1).
Economic output (GDP per capita) was the most important contributing factor, and it presented an incremental effect on the growth of carbon emissions in the study period. The accumulated effect reached 13,518.79 × 104 t and accounted for 175.08% of the change in total carbon emissions. GDP per capita increased by 4.56 times and total carbon emissions increased by 1.66 times, which indicated that economic growth was largely dependent on carbon emissions. The accumulation trend of the economic growth effect could be divided into three periods: 2000–2008, 2008–2011 and 2011–2014. From 2000 to 2008, the accumulation of the economic growth effect increased at an annual rate of 49.63%, which was much larger than that of the periods from 2008–2011 (13.17%) and 2011–2014 (3.68%). The investment scale in fixed assets in Zhejiang increased rapidly in the period from 2000–2008 at an annual increasing rate of more than 20%, thus exceeding the growth rate of GDP by a large margin. During this period, a large number of high energy consumption enterprises were placed into production and promoted energy consumption. Moreover, after China joined the WTO in 2001, Zhejiang Province entered a period of rapid industrialization, with the proportion of heavy industries showing a large increase from 45.99% in 2001 to 58.5% in 2008 and the development of heavy industries and their huge energy consumptions driving the rapid growth of carbon emissions. Due to the severe overcapacity of the industry, the growth rate of the per capita GDP in Zhejiang decreased sharply, resulting in a decrease of annual growth rate of accumulated economic growth effect.
In terms of the demographic effect, population growth had a positive effect on carbon emissions growth, although the incremental effect was less than that of per capita GDP. The accumulated demographic effect accounted for approximately 16.63% of the total carbon emissions. As population increases, carbon emissions grow rapidly because of increases in energy demand. According to Birdsall’s study [60], population and income growth leads to the additional consumption of resources and energy because of an increasing demand for goods and services. In addition, based on research and analyses of the migrant population of Zhejiang, the floating population in Zhejiang accounted for 21.7% of the entire resident population in 2010, 71.4% of which was young adults. Because of the relatively low educational level of these young adults, their primary areas of employment were dominated by secondary industries and service industries, which explained why the demographic changes had only an incremental effect on carbon emissions. In the process of urbanization in Zhejiang Province, the demographic trends included large-scale population migration from rural areas to big cities or from economically underdeveloped western China to Zhejiang Province. Thus, the demographic effect would have a large impact on carbon growth in Zhejiang and population growth must be controlled to maintain sustainable development.
The energy intensity effect was the most important factor for limiting carbon emissions increases, and the associated accumulated effects during the study period declined by 6945.77 × 104 t and accounted for approximately −89.95% of the total carbon emissions. Although the declining rate of the accumulated energy intensity effect slowed to 8.89% from 2008 to 2009, because of the global financial crisis, it recovered rapidly, which indicated that the energy-saving emissions reduction targets proposed by the 11th Five-Year plan and the energy saving and emission reduction plan of the 12th Five-Year had long-term influences on limiting carbon emissions via the adoption of more efficient energy use technologies and more advanced production technologies.
In terms of the energy structure effect, the accumulated impact of the energy structure effect on carbon emissions was unstable, and compared with that of the energy intensity effect, much weaker. These findings were related to Chinese energy consumption characteristics, which were dominated by coal; thus, limiting carbon emissions by optimizing the internal structures of fossil energy use was impossible in the short term. From 2001 to 2005, the energy structure effect had roughly inhibiting effects on carbon emission growth, which indicated that during a period of economic optimism, the government could promote energy use technologies and carbon emission reduction technologies to achieve energy alternatives, regardless of carbon emission growth. In addition, from 2006 to 2009, the energy structure had a positive effect on carbon emissions. The global economic crisis had an effect on China’s economic growth and technological progress, which led to the reuse of energy sources with high carbon emissions. After 2009, the energy structure effect presented an incremental effect on limiting the growth of carbon emissions, which reached a peak value at –135.41 × 104 t in 2014, thus accounting for –1.75% of the total carbon emissions change.

Yan Li developed the original idea and contributed to the conceptual framework. Yan Li and Chuyu Xia wrote the paper and were responsible for data collection, process and analysis. Yanmei Ye, Zhou Shi and Jingming Liu provided guidance and improving suggestions. All authors have read and approved the final manuscript. 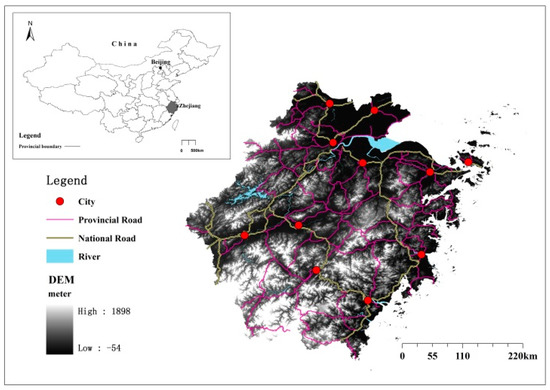 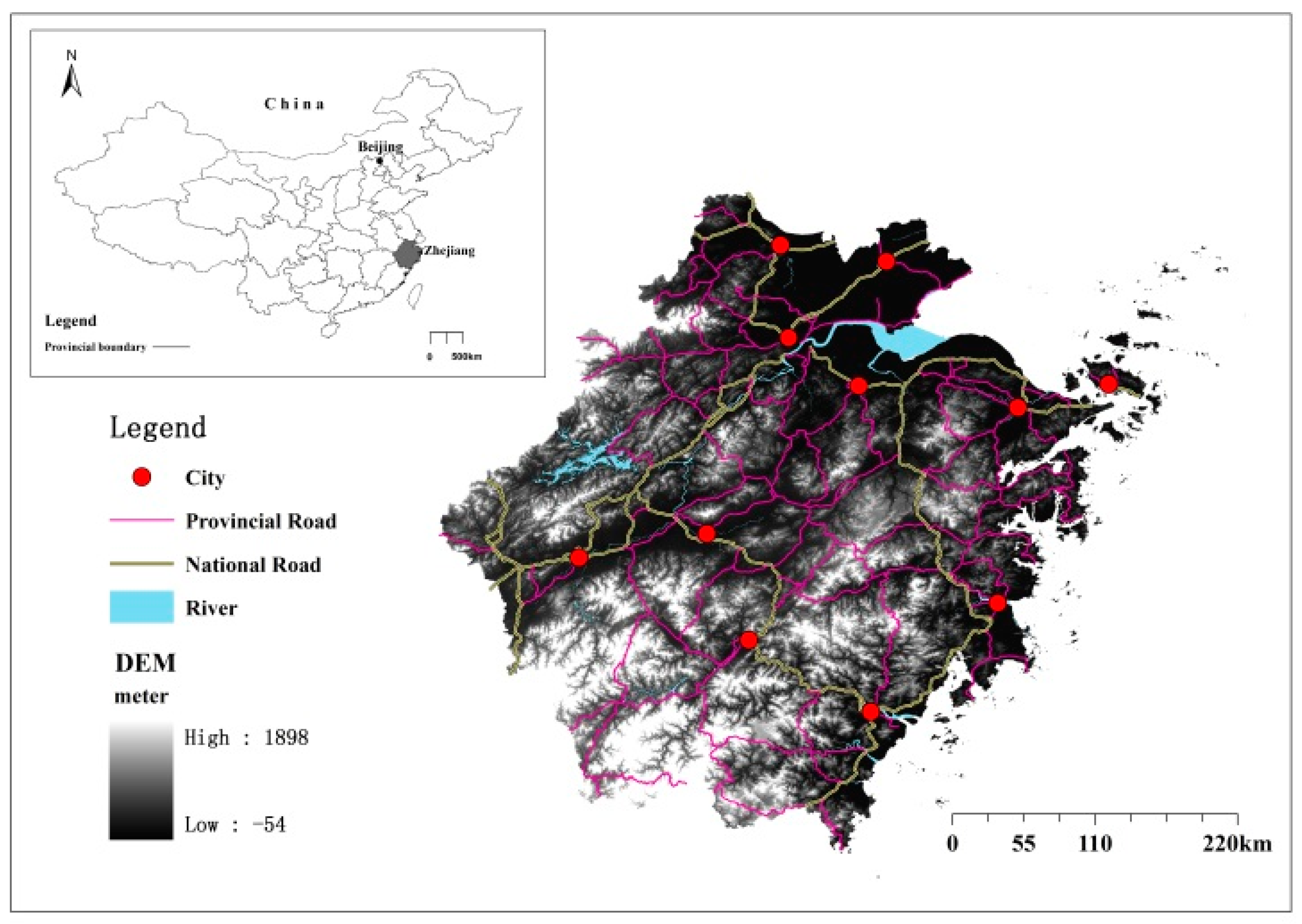 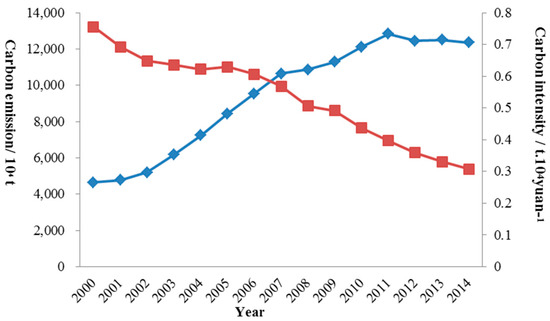 Table 2. Scenario analysis of carbon emissions in 2020 and 2030.
Table 2. Scenario analysis of carbon emissions in 2020 and 2030.
© 2017 by the authors. Licensee MDPI, Basel, Switzerland. This article is an open access article distributed under the terms and conditions of the Creative Commons Attribution (CC BY) license (http://creativecommons.org/licenses/by/4.0/).
We use cookies on our website to ensure you get the best experience. Read more about our cookies here.
Accept
We have just recently launched a new version of our website. Help us to further improve by taking part in this short 5 minute survey here. here.
Never show this again