Efficacy and Safety of the Addition of Internal Mammary Irradiation to Standard Adjuvant Radiation in Early-Stage Breast Cancer: A Systematic Review and Meta-Analysis
Previous Article in Journal

Background: Primary central nervous system lymphoma (PCNSL) is a rare extranodal non-Hodgkin’s lymphoma that occurs in the central nervous system. Although sensitive to chemotherapy, 35–60% of PCNSL patients still relapse within 2 years after the initial treatment. High-dose methotrexate (HD-MTX) rechallenge is generally used in recurrent PCNSL, especially for patients who have achieved a response after initial methotrexate (MTX) treatment. However, the overall remission rate (ORR) of HD-MTX rechallenge is about 70–80%. Additionally, the side effects of HD-MTX treatment endanger the health of patients and affect their quality of life. Methods: This is a retrospective study of patients with first relapse PCNSL at Huashan Hospital, Fudan University between January 2000 and November 2020. By comparing the clinical characteristics and radiological manifestations of first relapsed PCNSL patients with remission and non-remission after receiving HD-MTX rechallenge, we screened out the key factors associated with HD-MTX rechallenge treatment response, to provide some help for the selection of salvage treatment strategies for patients with recurrent PCNSL. Additionally, patients with remission after HD-MTX rechallenge were followed up to identify the factors related to progression-free survival of the second time (PFS2) (time from the first relapse to second relapse/last follow-up). The Kruskal–Wallis and Pearson chi-square tests were performed to examine the univariate association. Further, multivariable logistic regression analysis was used to study the simultaneous effect of different variables. Results: A total of 207 patients were enrolled in the study based on the inclusion criteria, including 114 patients in the remission group (RG) and 81 patients in the non-remission group (nRG), and 12 patients were judged as having a stable disease. In Kruskal–Wallis and Pearson chi-square tests, progression-free survival rates for first time (PFS1) and whether the initial treatment was combined with consolidated whole brain radiotherapy (WBRT) were related to the response to HD-MTX rechallenge treatment, which was further validated in regression analysis. Further, after univariate analysis and regression analysis, KPS was related to PFS2. Conclusions: For PCNSL patients in their first relapse, HD-MTX rechallenge may be an effective salvage treatment. PFS1 and whether initial treatment was combined with consolidation WBRT were associated with HD-MTX rechallenge treatment response. In addition, patients with higher KPS at the time of the first relapse had a longer PFS2 after HD-MTX rechallenge treatment. View Full-Text
Keywords: high-dose methotrexate rechallenge; primary central nervous system lymphoma; first relapse; treatment response; PFS; KPS; chemotherapy; whole brain radiotherapy high-dose methotrexate rechallenge; primary central nervous system lymphoma; first relapse; treatment response; PFS; KPS; chemotherapy; whole brain radiotherapy
►▼ Show Figures 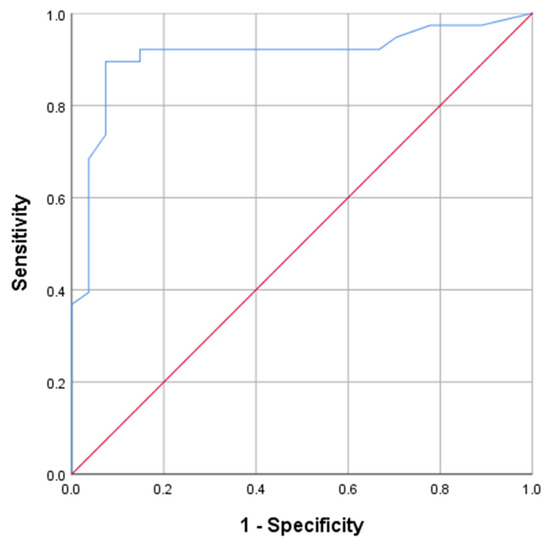