Small cell lung cancer (SCLC) accounts for only 12–15% of lung cancer cases [1,2]. Nevertheless, this still represents a significant health burden, with over 4000 cases annually across Canada [3]. Historically, a treatment-based staging system developed by the Veterans Affairs Lung Cancer Study Group (VALCSG) was used in SCLC [4], with disease confined to one hemithorax that could be encompassed in a single radiation field classified as limited stage (LS) disease, and everything else was classified as extensive stage (ES) disease. In recent years, however, there is a move to anatomic staging, using the TNM system [5].
The primary treatment of SCLC is platinum-based chemotherapy, with thoracic radiation routinely added to the management of patients with LS SCLC [6]. While there is a high likelihood of initial response to therapy, the risk of recurrence is high. Patients with SCLC are also at high risk for the development of brain metastases, and a meta-analysis of randomized trials supports the use of prophylactic cranial irradiation (PCI) in LS SCLC patients achieving a complete response to their initial chemoradiation therapy [7]. There has been an interest in expanding the role for radiation in ES SCLC in the last decade. However, randomized trials have demonstrated conflicting results with respect to overall survival (OS) from PCI in patients responding to initial chemotherapy [8] and a non-definitive suggestion of improved OS from thoracic radiation [9]. The gains in OS from these treatments are modest at best and the selection of patients most likely to benefit remains challenging.
Decisions regarding the use of thoracic radiation and PCI are influenced by the likelihood of relapse, in addition to published data. However, the body of literature describing patterns of relapse, in particular the competing risks of central nervous system (CNS) and systemic recurrence, is small. Giuliani et al. reported on a consecutive series of 253 patients with LS SCLC seen over 12 years [10]. The first site of recurrence was locoregional in 34 people, distant in 80 and locoregional plus distant in 31. Brain metastases were detected in 57 patients and CNS recurrence was higher in patients who did not receive PCI (43% vs. 23%). A retrospective review of 28 Japanese patients undergoing surgical resection for SCLC reported recurrence in 10 of 29 patients [11]. Two patients had local recurrence alone, one had local and distant and seven had distant recurrence (four CNS). Arriagada et al. [12] reported on the competing risk of local recurrence, distant recurrence, or death without recurrence. At two years, the cumulative incidence of local recurrence was 33%, distant recurrence 25% and local plus distant recurrence 10%. However, more data are needed evaluating the use of thoracic radiation and PCI, together with patterns of recurrence, particularly in ES SCLC, as well as the competing risk of systemic versus CNS recurrence. Understanding the issue of competing risk may help improve the selection of patients for PCI and thoracic radiation. The current study examined patterns of recurrence among SCLC patients treated at a large tertiary care institution in Ontario, Canada.

This study was a retrospective cohort study of consecutive new patients with SCLC receiving systemic therapy at a tertiary cancer centre in Ontario, Canada between January 2011 and December 2014. Follow up continued until June 2016. The minimum follow up period was 18 months. The centre is a comprehensive tertiary centre for cancer care and research in Ontario, Canada. Patients with SCLC were identified from a search of the institutional electronic database. Patients with mixed histology (small cell and non small cell) and patients who were only seen for radiation therapy were excluded from the current study. Patients seen during this period were routinely staged according to the VALCSG staging system.
Data were extracted from the medical record, along with hospital laboratory and radiology databases including: patient demographics such as age and sex, smoking status, performance status (where recorded), staging information, systemic treatment details including physician assessed response to therapy, details of any radiation therapy, timing and patterns of relapse and survival information. Outcome of treatment was extracted from the patients’ medical record and the patients’ date of last contact and vital status recorded. The patients’ family doctor was contacted to determine the date of death, or date of last contact, for patients who had not been seen within the last three months. The study was approved by the local Research Ethics Board.
The primary outcome of this study was a description of the patterns of relapse. This study was reflective of clinical practice. Most patients were followed with CT imaging of the chest +/− abdomen. The schedule of follow up was determined by individual physicians and not standardized. Brain imaging was typically only performed to investigate new onset of CNS symptoms. Various patterns of recurrence were defined in advance including: thoracic only, distant relapse only, central nervous system (CNS) only, thoracic and distant, or combined systemic and CNS recurrence. Secondary outcomes included overall response rate (ORR) as defined by the treating physician, progression free survival (PFS), overall survival (OS), as well as the cumulative incidence of thoracic and CNS sites of metastatic disease. Outcome data were assessed for the entire population, as well as stratified according to stage (LS or ES). PFS was defined as time from diagnosis to documented relapse or death, recognizing that response assessments were not conducted on a standardized schedule. OS was defined as the time from diagnosis to death from any cause.
Data were analyzed using SPSS V25. Data summaries, including patterns of relapse, were presented for the entire population, as well as the LS and ES patient groups. All variables were summarized using frequency tables. Patients known to be alive at the time of last follow up were censored and PFS and OS were calculated according to the Kaplan–Meier method. Cumulative incidence curves were generated to calculate the risk of thoracic and CNS relapse at 12 and 24 months. Cox regression analysis was used to evaluate variables that were prognostic for OS. Separate multivariable models were constructed to identify prognostic variables for the risk of CNS and thoracic relapse, each outcome using a full model, which included all clinically available patient characteristics, including patient gender, performance status, use of thoracic radiation, PCI, LDH, age, stage, and weight loss prior to baseline. The chi-square test was used to compare between types of relapse based on treatment received. Statistical significance was defined at the alpha = 0.05 level, and all comparisons and confidence intervals were two-sided.

There were 275 patients with a new diagnosis of SCLC seen during the study period. Forty six (16.7%) patients received no systemic treatment and are not included in this report. The baseline demographic characteristics of the 229 treated patients are summarized in Table 1. Approximately one third had LS disease at diagnosis and two thirds ES disease. The median age was 66 years, with approximately half the cohort female. Almost all patients were current or former smokers. Poor performance status (ECOG 3–4) was observed in 13% of the treated population, with 20% having an elevated lactate dehydrogenase (LDH) and 33% with weight loss greater than 5%. Patients with ES SCLC were more likely to be current smokers, have an elevated LDH, have poorer performance status and have lost more than 5% body weight.

In conclusion, these data demonstrate the complexity of decision making in regard to the addition of radiation to systemic therapy in SCLC. Patients treated with thoracic radiation and PCI have longer survival, and yet it is disease-related variables that appear to be prognostic for thoracic or CNS recurrence. Further research is required to understand how to more effectively incorporate baseline prognostic variables such as performance status, LDH and age into treatment algorithms for SCLC.

This study was approved by the Hamilton Integrated Research Ethics Board.

The data are not publicly available in accordance with the Research Ethics Board conditions of approval.

Acknowledgements to Abdulaziz Al Farsi, who collected and entered the data from the patient medical records. 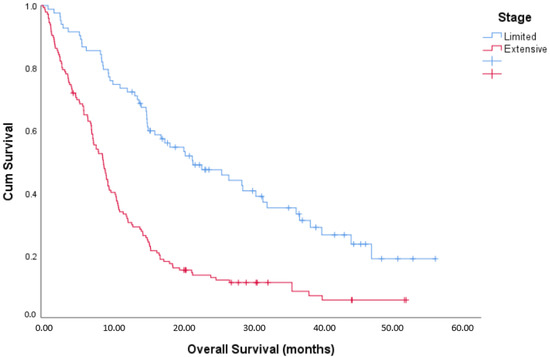 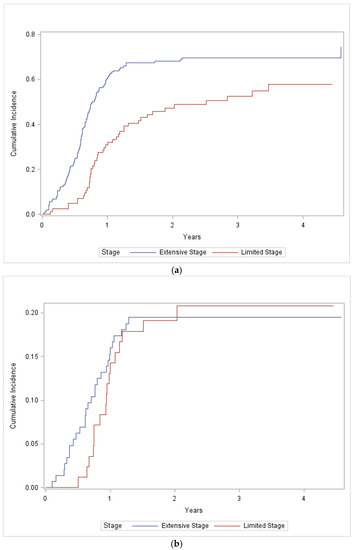 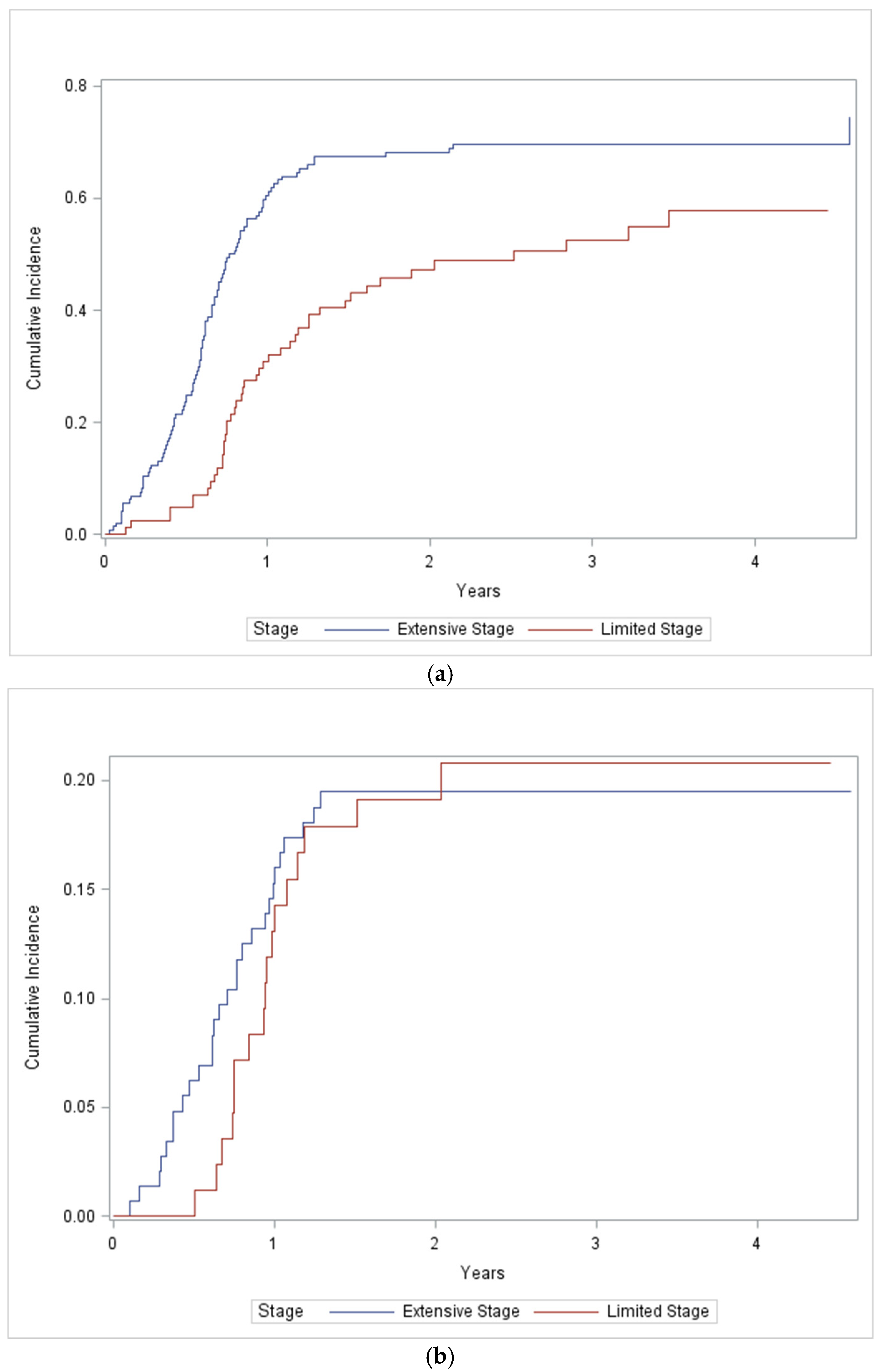 Table 4. Patterns of relapse and outcomes of treatment.
Table 4. Patterns of relapse and outcomes of treatment.
CNS = central nervous system, Combined systemic = thoracic plus extrathoracic.
© 2021 by the authors. Licensee MDPI, Basel, Switzerland. This article is an open access article distributed under the terms and conditions of the Creative Commons Attribution (CC BY) license (https://creativecommons.org/licenses/by/4.0/).
We use cookies on our website to ensure you get the best experience. Read more about our cookies here.
Accept
We have just recently launched a new version of our website. Help us to further improve by taking part in this short 5 minute survey here. here.
Never show this again