Breast and colorectal cancer are the two most common cancers in North America [1]. Patients with breast or colorectal cancer often require intravenous chemotherapy [2,3]. The vesicant nature of certain chemotherapy agents and the time frame of delivery of intravenous treatment usually requires the patient to have some form of durable and reliable venous access device. In general, for a shorter duration of treatment, a peripherally inserted, central venous catheter (PICC) is an appropriate device. A PICC is inserted peripherally in the arm, with the tip of the device situated in the central venous circulation (cavoatrial junction). The PICC has external elements that protrude from the patient to be used for the infusion of medications and fluids. Alternatively, a totally implanted, venous port system (TIVAD or port) is implanted if the treatment is expected to be for a longer duration.
Even though central venous catheters (CVCs) are commonly used in the management of breast and colorectal cancer, little data are available regarding their impact on patients’ quality of life (QoL) and satisfaction with their venous access device [4]. Our study aimed to (i) assess the QoL of patients with breast or colorectal cancer who require a CVC during their treatment; (ii) compare the satisfaction and QoL of patients with a PICC to those with an arm port device (both power and non-power devices); and (iii) determine CVC complications rates. We hypothesized that patients with a port device would have a better QoL, greater satisfaction with their device, and lower complication rates compared to patients with a PICC device.

This was a prospective, cohort, pilot study to assess two quality of life and patient satisfaction assessment tools. Ethics approval for this study was obtained from the Institution’s Biomedical Ethics Board.

All subjects with newly diagnosed breast or colorectal cancers who were seen at a major provincial Cancer Center were invited to participate in the study. Subjects were enrolled between January 2016 and December 2018. Patients with a coagulopathy, an active infection, or those who were not candidates for chemotherapy were excluded. Locally, it is empirically accepted that if intravenous treatment is to be provided for less than 6 months, a PICC is an appropriate device. Alternatively, if treatment is expected to be for longer than 6 months, a port is implanted.
The referring clinicians from the Cancer Center evaluated candidates for this project based on their initial patient contact interview, physical, and laboratory assessment. Once the duration of the required intravenous chemotherapy was determined, based on the patient’s disease status, a request for the desired intravenous device was sent to the Medical Imaging Department. Consent for involvement in the research project was acquired by a research nurse.

All venous access devices for this project were inserted by an interventional radiologist from the Medical Imaging Department. Consent for the venous access device was acquired by the interventional radiologist involved.
The PICC implanted for this project was a 5F, dual lumen, Angiodynamics, BioFlow, Power PICC (Angiodynamics Canada Inc., Oakville, ON, Canada). The non-power injectable arm port was a 5F, single lumen, Cook Vital Mini Titanium port (Cook Medical LLC, Bloomington, IN, USA), while the power injectable device was a 6F, single lumen, Bard Titanium Slim power port (Bard Canada, Inc. Oakville, ON, Canada).
All venous access devices were implanted into the arm, between the antecubital fossa and the axilla, using ultrasound or arm venography for venous access. The vein selected for catheter insertion was preferentially the basilic vein. The preferential arm for PICC and port insertion for trial subjects was their non-dominant arm if possible. For women with breast cancer, the contralateral arm was used for device insertion. The venous access procedures were performed using a sterile technique and local anesthetic. Patients with colorectal cancer often require frequent intravenous contrast enhanced computed tomography (CT) examinations during their care; therefore, a power injectable venous access device was implanted for this group to enable the rapid injection of intravenous contrast agents for follow-up CT scans. In general, patients with early stage breast cancer do not require frequent contrast enhanced CT scans; therefore, this group of subjects received the non-power injectable port device. The current PICC, used for all subjects, was power-injectable. Technical details for these device implantation procedures have been previously described and were followed for this project [5,6]. As per institutional guidelines, PICCs were flushed once weekly, whereas ports were flushed every 4 weeks when not in use.

The European Organization for Research and Treatment of Cancer General Quality of Life assessment (EORTC QLQ-C30) targeted towards patients with cancer was administered along with a locally developed Quality of Life Assessment Venous Device (QLAVD) survey comprising 30 items [4] (Table S1).
The QLAVD was modeled after a survey tool created by Marcy et al. entitled, “Questionnaire for Acceptance of and Satisfaction with Implanted Central Venous Catheter (QASSIC)”. The QASSIC was statistically validated and found reliable by Marcy et al. However, this was a French language survey [7]. The QLAVD was created by a local working group of oncologists, oncology nurses, and interventional radiologists using the QASSIC, after it was translated locally into English, revising some of original questions, adding several new questions, and finalizing the structure of this new survey tool. The initial deployment of the QLAVD was completed by Burbridge et al. [4] Subsequently, Liu et al. translated the QLAVD into Chinese and performed a statistical assessment of reliability and validity. Liu et al. found that the QLAVD demonstrated good content validity, had internal consistency, and had a high degree of reliability and stability [8].
The subjects for our pilot study were asked to complete both surveys, at four different times, within one month after device insertion (baseline), then at three months, six months, and twelve months after venous access device insertion. Completion of these surveys continued until the removal of their venous access device for any reason, termination of treatment with the venous access device, or subject death (whichever came first). These surveys were administered personally to each subject by a research assistant.
The subjects were followed clinically for the detection of venous access device complications during the course of their infusion therapy, as summarized from the previous literature [9,10,11,12,13,14]. Imaging for all subjects was collected in a solitary provincial Picture Archive and Communication in Medicine System (PACS). Therefore, any venous access device complication that required imaging was easily available and was reviewed.

The EORTC QLQ-C30 comprises 30 items, 24 of which are aggregated into 9 multi-item scales: 5 functioning scales (physical, role, cognitive, emotional, and social); 3 symptom scales (fatigue, pain, and nausea and/or vomiting); and 1 global health-status scale. The remaining six single items assess symptoms of dyspnea, appetite loss, sleep disturbance, constipation, diarrhea, and financial impact. All of the scales and single-item measures range in score from 0 to 100. The questions in these constructs were scored individually and summated, and a mean score was generated. The principle for scoring the scales was the same for all patients. Firstly, the average of the items that contributed to the scale was estimated to create the raw score; then, a linear transformation was performed to standardize the raw data [15]. The mean scores were compared to assess potential differences in responses between the PICC and port groups.
A similar strategy was employed for the QLAVD survey and the questions in this survey were pooled into larger question blocks. The QLAVD survey questionnaires were aggregated into psychosocial, treatment, satisfaction, and procedural constructs. Subjects’ pain experience at the time of device implantation (procedural construct) was assessed using a single question: “how painful was it for you to have your device implanted?” Subjects were asked to respond based on a scale from 1 (minimal discomfort) to 10 (severe discomfort). The psychosocial construct was calculated by summing up 18 questions relating to subjects’ feelings, beliefs, and experiences of having the device implanted in relation to daily living, psychosocial, emotional, and physical activities. The higher the score, the more negative the subject’s experience. The satisfaction construct consisted of three questions related to satisfaction with the venous access device. The treatment construct was calculated by summing up 8 questions relating to the subjects’ feelings, beliefs, and experiences in relation to the treatment process. The higher the score, the more negative the subject’s experience.

Descriptive analysis was performed to summarize the data. Mean and standard deviation estimates of each construct (procedural, psychological and treatment) were calculated separately and compared between patients with a PICC or a port for each of the four time points using Student’s t-tests. To investigate the changes in mean scores for different constructs between the PICC and port groups across the four time points, mixed effects models were used, taking into account the interactions between the groups (type of device used) and the time points (4 survey times). Due to the high drop-out rates at times 3 and 4, mixed effects models were only run for the first two surveys (1 month and 3 month), taking into account the interaction between groups and times, controlling for other covariates such as gender, whether the subject was left- or right-handed, and the arm used for device implantation. Statistical analyses were performed with the Statistical Package for the Social Sciences (SPSS) Version 26 (SPSS Inc., Armonk, NY, USA; IBM Corp., Endicott, NY, USA). Statistical significance was set by an alpha level of 0.05.

One hundred and one subjects were recruited: 50 in the PICC group, and 51 in the port group. The mean age of the study cohort was 55.4 years (range: 31–80 years). The dominant arm was the right arm in 98 (97%) subjects. In the PICC group, there were 29 subjects with breast cancer (men:women—1:28) and 21 subjects with colon cancer (men:women—12:9). Of the 51 patients who received a peripheral vein port, 36 had a Cook port and 15 had a Bard port. The Cook group consisted of 35 women with breast cancer and one man with colon cancer. The Bard port group consisted of 15 subjects with colon cancer: six men and nine women. In the majority of cases, ultrasound was used to access a vein.

The research was funded and was supported by the clinical trial unit.

The study was approved by the University of Saskatchewan Ethics Board “Bio-15-248 Arm Vein Port (TIVAD) vs. PICC for the Treatment of Breast and Colon Carcinoma: A Pilot Study. The University of Saskatchewan Biomedical Research Ethics Board (Bio-REB) has reviewed the above-named research study. The study was found to be acceptable on scientific and ethical grounds. The principal investigator has the responsibility for any other administrative or regulatory approvals that may pertain to this research study, and for ensuring that the authorized research is carried out according to governing law. This approval is valid for the specified period provided there is no change to the approved protocol or consent process.

All procedures performed in studies involving human participants were in accordance with the ethical standards of the institutional and/or national research committee and with the 1964 Helsinki declaration and its later amendments or comparable ethical standards. The University of Saskatchewan’s Biomedical Research Ethic Board approved the study and informed consent was taken from all the participants.

The data presented in this study may available after ethics an operation approval from Data Access Committee on request from the corresponding author. The data are not publicly available due to ethics requirement and institutional policy.

We are thankful for the support by the Clinical Trial Unit at the Saskatchewan Cancer Center (SCA). We are also thankful to Data Access committee at SCA and the Saskatchewan Health Authority (former Saskatoon Health Region) for operational approval, and Jennifer Simmons for administrative assistance. Part of the data were presented in the 2020 San Antonio Breast Cancer Conference.

No authors have a conflict of interest to disclose. 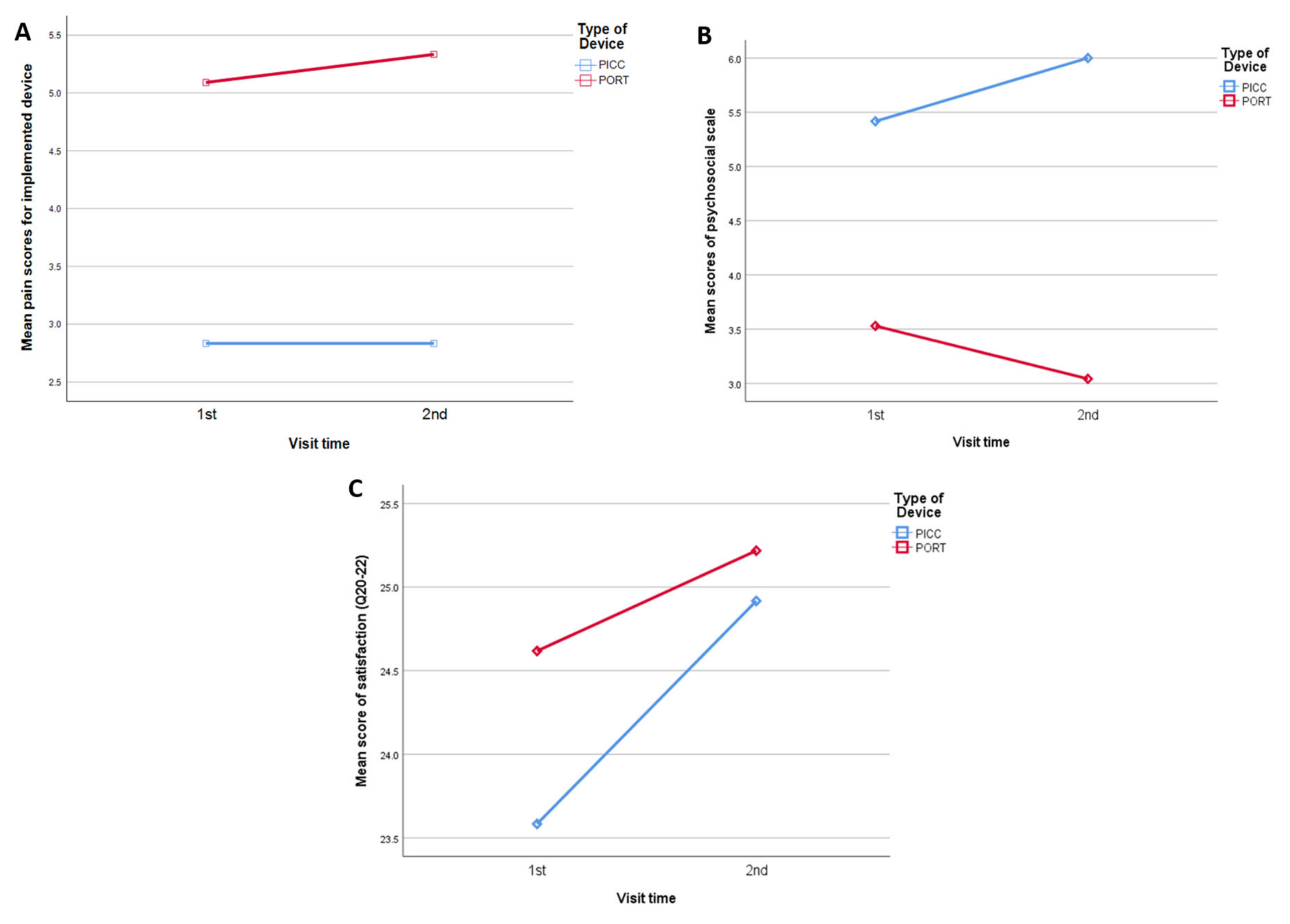