On the Prognosis of Multifocal Glioblastoma: An Evaluation Incorporating Volumetric MRI
Previous Article in Journal

Impact of Metformin on Cancer Biomarkers in Non-Diabetic Cancer Patients: A Systematic Review and Meta-Analysis of Clinical Trials

Roughly 40–50% of lung adenocarcinomas diagnosed in China harbor the mutant epidermal growth factor receptor (EGFR) gene [1]. Although early-stage lung cancer is treated surgically with curative intent, recurrence rates after complete anatomic resection remain unacceptably high, ranging from 30% to 80% [2,3,4]. The two-year survival for patients with stage III disease is less than 50% despite definitive therapy [5]. The Lung Adjuvant Cisplatin Evaluation (LACE), a pooled analysis of five large trials (4584 patients), demonstrated a five-year overall survival (OS) benefit of 5.4% with adjuvant chemotherapy [6]. This is a fairly modest gain considering the toxicity associated with cisplatin-based chemotherapy and leaves us in dire need of novel adjuvant approaches to improve cure rates. The unprecedented success of small-molecule EGFR tyrosine kinase inhibitors (TKIs) challenged the standard of care in the adjuvant setting. In the National Cancer Institute of Canada (NCIC) phase 3 BR.19 trial, patients with stage IB-IIIA non-small cell lung cancer (NSCLC) were randomized, following surgical resection and optional adjuvant chemotherapy, to either two years of adjuvant gefitinib or placebo. Unfortunately, BR.19 was underpowered, terminated early, and nonenriched for the relevant population; thus, no statistically robust conclusions was drawn [7]. RADIANT was a randomized, double-blind, controlled phase 3 study evaluating whether adjuvant erlotinib could improve survival in completely resected stage IB to IIIA NSCLC when positive EGFR by immunohistochemistry or EGFR amplification by fluorescence in situ hybridization was identified. Although neither disease-free survival (DFS) nor OS was statistically improved, a subset analysis of patients with deletion exon 19 or exon 21 L858R showed a remarkable advantage in DFS (Harzard ratio (HR) 0.61; p = 0.04), implying the importance of proper biomarker selection in future studies [8]. Recently, the randomized, open-label, phase 3 ADJUVANT/CTONG1104 study has suggested a significantly improved DFS in stage II-IIIA patients with EGFR exon 19 or 21 mutation who were treated with adjuvant gefitinib for up to 24 months, compared with those with adjuvant vinorelbine plus cisplatin [9]. Another randomized, phase 2 trial also demonstrated improved two-year DFS and better tolerability in patients with EGFR-mutant stage IIIA NSCLC after adjuvant erlotinib compared with chemotherapy [10]. The latest published results of the phase 3 ADAURA trial has provided evidence for a prolonged DFS in stage IB-IIIA EGFR-mutant NSCLC, where osimertinib was compared with placebo [11]. As a result, the TKI monotherapy is becoming an option in the adjuvant treatment of NSCLC with EGFR mutation.
Whether adjuvant chemotherapy and concurrent/subsequent TKIs brings extra benefit remained unclear. There were several phase 2/3 studies performed in advanced NSCLC, but no consistent conclusion has been achieved. The INTACT and TRIBUTE study revealed no significant difference in OS or progression-free survival (PFS) between combination therapy and TKIs alone as first-line treatment in newly diagnosed, advanced NSCLC [12,13,14]. The results of Wen et al. showed significantly improved PFS following combination therapy in EGFR-mutant advanced NSCLC, while no OS benefit was reported [15]. However, The Japanese phase 2 study-NEJ005 revealed both superior OS and PFS of the combination therapy of TKIs and chemotherapy [16].
Therefore, we performed this multi-center retrospective study in R0-resected EGFR-mutant pathologic N2 lung adenocarcinoma to evaluate the optimal adjuvant systemic treatments and other prognostic factors of clinical outcomes.

The study was conducted in accordance with ethical standards of the Helsinki Declaration and the Ethics Committee of Sun Yat-sen University Cancer Center (YB2017-047). Because it was a retrospective and anonymous study, a waiver of authorization was required and granted.
The study was conducted at tertiary medical centers in China, including the Sun Yat-sen University Cancer Center, the Tianjin Medical University Cancer Institute and Hospital, the First Affiliated Hospital of Guangzhou Medical University, and the Union Hospital Cancer Center, Tongji Medical College. Consecutive patients operated for lung cancer and tested for EGFR mutation with surgical specimen during the period September 2001 to December 2016 were retrospectively screened. All cases of lung adenocarcinoma were confirmed by histology. Full baseline evaluations had to be completed before treatment, including enhanced chest computed tomography (CT), brain magnetic resonance imaging (MRI), bone scan, positron emission tomography/computed tomography (PET)/CT (optional), and fibrotic bronchoscopy and pathologic examination. Clinical and pathologic staging was based on AICC/UICC 7th staging criteria [17]. Finally, patients with R0 resected stage III-pN2 EGFR-mutant lung adenocarcinoma were included in the analysis, but excluded if they were lost to follow-up within six months after surgery.

N2 nodal status was carefully reviewed from pre-treatment work-ups and postoperative pathologic report, and was further divided into four groups: unforeseen N2 (IIIA1-2), minimal N2/single station at staging (IIIA3), and bulky and/or multilevel N2 at staging (IIIA4), according to the Robinson classification [18]. The IIIA1 disease was not separated from IIIA2 because intraoperative mediastinal lymph node pathologic staging was not routinely performed in these medical centers.

Paraffin-embedded, formalin-fixed specimens obtained from surgical tissues were prepared for the extraction of genomic DNA. Predominant EGFR mutations were tested via the amplification-refractory mutation system (ARMS), including point mutation in exon 21 and short in-frame deletions in exon 19.

Slides with hematoxylin-eosin staining, immune-histochemical staining, and elastic staining were carefully reviewed by experienced pathologists from the four medical centers, based on the same standard. Complete resection was defined as microscopically proven free resection margins. The presence of malignant cells extension into perinodal adipose tissue through the nodal capsule was considered as extranodal extension. Tumor cells found in lymphatic lumen, vascular lumen, or the space around nerves was defined as lymphatic invasion, vascular invasion, or perineural invasion.

Before surgery, all cases with multilevel or/and bulky N2 were discussed by a multidisciplinary team (MDT). The patients went to surgery unless the tumor was regarded as resectable. The surgical procedure, lobectomy, pneumonectomy, or sublobectomy was decided by individual surgeons according to the size and location of the disease, as well as the patients’ pulmonary and cardiac function. Station 1 nodes were routinely dissected. Ipsilateral mediastinal lymphotomy was performed, usually including dissection of station 2R, 4R, and 7–9 for right lung cancer and 4L, 5, 6, and 7–9 for left lung cancer.
Adjuvant systemic therapies included TKIs alone (two months at least), chemotherapy alone (at least four cycles of platinum based two-drug regimen), and the combination of TKIs and chemotherapy. Either of the following regimens was administered as adjuvant chemotherapy: paclitaxel+carboplatin, pemetrexed+cisplatin/carboplatin, docetaxel+cisplatin/nedaplatin, or vinorelbine detartrate+cisplatin. Either gefitinib, erotinib afatinib, or icotinib was administered as adjuvant TKIs.

Chest and upper abdominal CT and brain MRI were performed one to two months after surgery, every three to six months in the following two years, and every six to twelve months thereafter. Bone scan, PET/CT, and biopsy were suggested by a physician if necessary. DFS or OS was defined as the time from surgery to death/first recorded treatment failure, or to death from any cause, respectively. Both local and distant relapses were documented. Local recurrence was defined as any recurrence found at the surgical margin, ipsilateral hemi-thorax (except for multiple lesions in the ipsilateral lung), or regional lymph nodes. Any relapse occurring elsewhere was regarded as distant metastasis. Distant metastasis-free survival (DMFS) was defined as the time from surgery to first distant metastasis. Treatment-related toxicities were assessed from the start of adjuvant treatment to two months from the end of treatment. Common Terminology Criteria for Adverse Events (CTCAE) v4.0 was used to evaluate the toxicities.

Survival was evaluated by the Kaplan–Meier method and compared in univariable analysis using the log-rank test. Factors with p < 0.1 were included in the Cox proportional hazards model using enter procedure and assessed in multivariable analyses; p-values < 0.05 (two-sided) were regarded as statistically significant. Missing data was excluded from the analysis. All tests were conducted using SPSS 22.0 (SPSS Inc., Chicago, IL, USA).

In the screening of 11,020 consecutive patients registered in the institutional databases, a total of 274 patients met the study criteria and were included in the analysis (Figure 1). PET/CT results were available in 93 (34%) patients. Table 1 details the clinic-pathologic characteristics and treatment-related parameters.
There were 199 (72.6%) patients treated with adjuvant chemotherapy alone (median number of cycles, 4; range, 4–6), 52 (19.0%) with TKIs alone (median duration, 11 months; range, 3–28 months) and 23 (8.4%) with both (median number of chemotherapy cycles, 4; range, 4–6; median TKI duration, 13 months; range, 4–18 months). Of those who had adjuvant TKIs, only 20 were included in a clinical trial (NCT01683174) and 32 refused or felt intolerant to adjuvant chemotherapy. All of the 23 patients treated with combination therapy started TKIs after the completion of chemotherapy based on individual decisions made by the patients and physicians. The median gap between surgery and adjuvant chemotherapy was 24 (range, 5–91) days and 101 (range, 8–251) days between surgery and adjuvant TKIs. The detailed regimens of adjuvant systemic therapies are presented in Table 2.

Median follow-up time was 29 (range, 6–133) months. One hundred and forty-nine (54.4%) patients relapsed, including 16 (5.8%) with local recurrence only, 84 (30.7%) with distant metastases only, 33 (12.0%) with both as first recurrence sites, and 16 (5.8%) with unknown sites.
After the first failure, 14 patients had palliative therapy because of economic reasons or personal decisions. Nine patients did not receive further treatment. The other 126 patients received salvage treatments, which are detailed in Supplementary Table S1.

In EGFR-mutant, completely resected stage III-pN2 lung adenocarcimona, adjuvant TKIs tended to improve distant control and disease-free survival compared with chemotherapy or the combination of both, with a favorable safety profile. This warrants investigation in randomized clinical trials to decide its potential on overall survival. 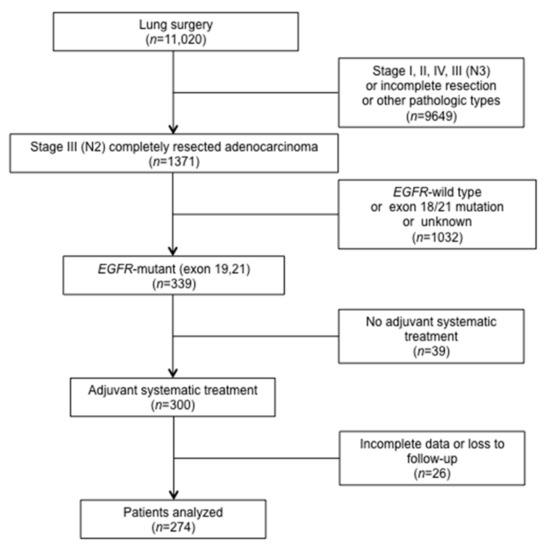 Table 4. Grade 3–4 treatment-related toxicities.
Table 4. Grade 3–4 treatment-related toxicities.
TKIs: tyrosine kinase inhibitors; ALT: Alanine aminotransferase; AST: Aspartate aminotransferase.
© 2021 by the authors. Licensee MDPI, Basel, Switzerland. This article is an open access article distributed under the terms and conditions of the Creative Commons Attribution (CC BY) license (http://creativecommons.org/licenses/by/4.0/).
We use cookies on our website to ensure you get the best experience. Read more about our cookies here.
Accept
We have just recently launched a new version of our website. Help us to further improve by taking part in this short 5 minute survey here. here.
Never show this again