Review: Prevalence of Addictions among Transgender and Gender Diverse Subgroups

In 2019, the Families Rising to Enforce Smokefree Homes (FRESH) study began recruiting Black/African American women caregivers who are current cigarette and/or little cigar and cigarillo (LCC) smokers and reside in Lee and Philips counties in rural Arkansas. The FRESH study is an ongoing, randomized controlled behavioral intervention trial that aims to increase comprehensive smokefree policies in the home as a primary outcome and quitting smoking as a secondary outcome (clinical trial #NCT03476837) among those eligible in the intervention counties. The present study was designed to be representative of Black/African American women caregivers who currently smoke cigarettes and/or LCCs and reside in rural, low-resource communities in Arkansas.
As such, our sample was recruited from Lee and Phillips counties, located in the Delta region of Arkansas, where smoking prevalence is approximately 29% and 27%, respectively, and the population count is less than 20,000 residents in each county [28]. The social, economic, and political conditions in the two counties are similar to those observed in other Tobacco Nation states [5], and residents in Lee and Phillips counties have similar sociodemographic and socioeconomic backgrounds [28]. For example, residents in Lee and Phillips counties have among the lowest life expectancies in the nation, and more than 50% of residents in both counties are Black/African American [28,29,30]. Although more than 40% of the residents in both counties are Medicaid eligible, contributors to the low life expectancies in both counties include high rates of poverty (~35%) and food insecurity (>20%) [28,29,30,31]. Few hospitals or state or federally qualified health clinics are located in either county [28]. Moreover, the ratio of primary care providers per patients is 3340:1 in Lee and 2901:1 in Phillips County and the nearest medical centers are more than 20 miles away from both counties [28].

Those eligible to participate in the study (1) were women who self-identified as Black/African American; (2) were aged 18–50; (3) currently resided in the intervention counties (i.e., Lee or Phillips counties, AR); (4) spoke English; (5) provided written informed consent; (6) had a working phone, home address, and email; (7) were the primary caregiver (birth parent, guardian) of at least one child, aged 6 months to 14 years old; (8) were the primary decision maker in the home; (9) smoked cigarettes and/or LCCs for at least 1 year and in the past 30 days; and (10) were of low income, as defined by any indicator (e.g., Medicaid; Earned Income Tax Credit; Children’s Health Insurance Plan (ARKids); subsidized housing; child care subsidies; food stamps/SNAP benefits; low-income energy assistance; free/reduced lunch program; Head Start program).
The present study utilized non-probability sampling methods, including homogenous convenience sampling and peer referrals [32,33]. Non-probability sampling methods are acceptable and commonly used in community-based studies to recruit underrepresented, hard-to-reach populations, such as Black/African American women smokers from low-resource, rural communities, given that fully enumerated sampling frames are not typically or easily made available [32,34,35]. Research staff used word-of-mouth; radio, newspaper, and social media advertisements; flyers; in-person and socially-distanced community events (i.e., recruitment events with housing authorities, community centers, and food distribution events with local food banks); and provided enrolled participants and community contacts with incentives for referrals to recruit participants into the study. Trained research staff screened potential participants by telephone or in-person. Potential participants were emailed the consent form and consented to being in the study prior to completing the baseline survey online. A flow chart depicting participant screening, eligibility, and enrollment as of 26 July 2021 is depicted in Figure 1.

Baseline surveys were collected prior to randomization. Trained research staff administered baseline surveys in the home or at an agreed upon location, using computer-based surveys (iPad or laptop) or using online self-administered surveys. Staff were available by phone or email to answer participant questions about the consent form or baseline survey. All participants received a $30 reloadable research gift card (i.e., ClinCard) and a one-page fact sheet about quitting smoking at the end of the visit.

Data were collected on age (calculated from participant date of birth), race (Black/African American only, Biracial/multiracial with Black/African American), sexual orientation and gender identity (heterosexual/straight, homosexual/gay/lesbian, bisexual, transgender, other, or not sure), marital status (married, widowed, divorced, separated, never married, living with partner), employment status (full-time, part-time, not currently working for pay), insurance status (insured, uninsured), and body mass index (BMI). Hispanic ethnicity was collected but not reported, due to insufficient sample size. Additional sociodemographic characteristics, including educational attainment, annual household income, and receipt of SNAP benefits in the past 12 months, were used to create a measure of socioeconomic deprivation and are described in the below section.

Participants who indicated that they had smoked at least 100 cigarettes in their lifetime were asked: “Do you currently smoke cigarettes every day, some days, or not at all?” Those who responded “every day” or “some days” were considered current cigarette smokers. Current cigarette smokers were asked about the usual type of cigarette they smoked (menthol, non-menthol, or no usual type) and the following question, “When you smoked cigarettes during the past 30 days (month), did you smoke…?”, with response options including only menthol, mostly menthol, half and half, mostly non-menthol, and only non-menthol. Those who reported smoking only menthol cigarettes in the past 30 days were considered current menthol cigarette smokers.

Participants who indicated that they had ever smoked, even one or two puffs, a filtered little cigar or cigarillo were asked, “Do you now use little cigars or cigarillos every day, some days, or not at all?” Those who reported using LCCs every day or some days were considered current LCC smokers. Current LCC smokers were asked what flavor of LCC they usually smoke (e.g., menthol or mint, clove, spice or nut, tobacco, fruit, chocolate, vanilla or cream, an alcoholic drink, beverages, coffee/tea, candy, desserts, other sweet flavor, some other flavor, I don’t use a flavor, and don’t know) and “During the past 30 days, was the little cigar/cigarillo that you smoked…” with the same response options.

Given the high rates of usual menthol smoking (see Results section), we created a more conservative, composite measure of current menthol smoking status by combining past 30-day (only) menthol cigarette smoking and past 30-day menthol LCC use. Participants were categorized as any menthol or non-menthol smokers.

2.4.3. Other Substance Use Characteristics

Several variables were used to measure the depth of poverty/socioeconomic deprivation. We assessed level of educational attainment (assessed using a 13-level response option ranging from ‘No schooling completed’ to ‘Doctorate degree (for example PhD, EdD)), annual household income (assessed using a 12-level response option ranging from ‘less than $10,000 per year to $150,000 or more), and whether participants received SNAP benefits in the past 12 months (yes vs. no). Level of educational attainment was categorized as ‘less than high school’, ‘high school diploma or Graduate Equivalency Degree (GED)’, and ‘some college, associate’s degree, bachelor’s degree or higher’ in bivariate and regression analyses and dichotomized to ‘12th grade education, no diploma’ or lower vs. high school diploma or greater in social deprivation analyses. Annual household income was dichotomized to <$10,000 vs. ≥$10,000 in all analyses.

3.1. Menthol Cigarette Use among Black/African American Women Who Currently Smoke Cigarettes and/or LCCs

Sociodemographic characteristics by any current menthol smoking status are presented in Table 1. On average, participants were 33.3 years old, and over one-quarter identified as a sexual minority. Most women were never married, had a high school diploma or GED, had an annual household income of less than $10,000, and received SNAP benefits in the past year. Menthol smokers were significantly more likely than non-menthol smokers to have less than a high school education. We did not observe any other differences in sociodemographic characteristics by menthol smoking status. Although not statistically significantly different, compared to non-menthol smokers, menthol smokers were generally older and more likely to be married (Table 1).

3.3. Tobacco and Other Substance Use Characteristics

Multivariable linear and logistic regression results are presented in Table 3. Model 1 showed that following adjustment for sociodemographic characteristics, any current menthol smoking was associated with higher odds of the time to first tobacco product use being within the first 5 min of waking (AOR: 4.10 [95% CI: 1.73, 9.70]) and higher FTND scores among menthol cigarette smokers (B = 1.49 [SE: 0.56]). The significant associations between any menthol smoking and time to first tobacco product use (AOR: 5.90 [95% CI: 1.16, 22.33] and FTND score (B = 1.16 [SE: 0.58]) persisted following adjustment for sociodemographic characteristics and smoker characteristics. No association was found between menthol smoking status and ever attempting to quit cigarettes (Table 3).

Combustible tobacco use is still an epidemic among Black/African American women in Arkansas and who face severe socioeconomic deprivation. Such socioeconomic inequities contribute to the long-standing disparities observed among this understudied group. The present study shows that menthol smoking is associated with greater nicotine dependence among Black/African American women smokers who live in low-resource, rural counties. Our findings are similar to what other studies have found and further demonstrate that socioeconomic deprivation may increase the abuse liability of cigarettes among women from this background. As the FDA prepares to ban menthol in cigarettes and all characterizing flavors in cigars in the U.S., additional support is still needed to reduce the burden of tobacco among Black/African American women smokers in Phillips and Lee counties in Arkansas and similar communities the U.S. South. Moreover, increased access to services that support smoking cessation and additional research is needed to identify strategies to decrease nicotine dependence and improve successful quitting among Black/African American menthol smokers, especially those who are severely socioeconomically deprived and/or geographically isolated in Tobacco Nation States.

The data presented in this study are available on request from the corresponding author. The data are not publicly available due to on-going data collection. 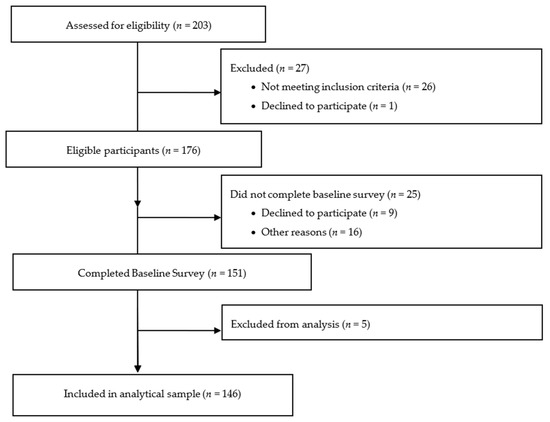