Association of Vital Exhaustion with Risk Factors for Cardiovascular Diseases, Quality of Life and Lifestyle in 41–44-Year-Old Muscovite Men
Next Article in Special Issue

Exploring the Drivers of Visitor Loyalty in the Context of Outdoor Adventure Parks: The Case of Arsenal Park in Romania
Previous Article in Journal

Spatial Disparity and Influencing Factors of Coupling Coordination Development of Economy–Environment–Tourism–Traffic: A Case Study in the Middle Reaches of Yangtze River Urban Agglomerations

The Regime of Rural Ecotourism Stakeholders in Poverty-Stricken Areas of China: Implications for Rural Revitalization

3.1. Analysis of the Interest Issues of Each Stakeholder

(1)
The game between government and tourism enterprises

(2)
The game between government and local residents

(3)
The game between tourism enterprises and local residents

(3)
Equilibrium analysis of the government

3.3.2. Analysis of the Evolutionary Stabilization Strategy of Rural Ecotourism Stakeholders

(1)
Analysis of the replication dynamics of tourism companies

The replication dynamic equation for tourism firms is:
Analyze the evolutionary stabilization strategy of tourism companies:

①
When , the equation holds constant, which means that all levels are steady state, at which time the probability of strategy choice of tourism companies does not change over time.
②
When , let , and , are two stable points. Derivative of gives: Due to , two scenarios can be discussed.

Solving the replicated dynamic equation yields the evolutionary process of the behavioral choice strategy of tourism firms, as shown in Figure 1.

(2)
Analysis of the replication dynamics of local residents

①
When , the equation holds constant, which means that all levels are steady state, at which time the probability of strategy choice of local residents does not change over time.
②
When , let , and and are two stable points. Derivative of gives: .
Due to and , two scenarios can be discussed.

Solving the replicated dynamic equation yields the evolutionary process of the behavioral choice strategy of local residents, as shown in Figure 2.

(3)
Analysis of the replication dynamics of the government

①
When , the equation holds constant, which means that all levels are steady state, at which time the probability of strategy choice of the government does not change over time.
②
When , let , and an are two stable points. Derivative of gives: .
Due to , two scenarios can be discussed.

(3)
The government’s choice of strategy in different initial states

The following general conclusions are reached:

Besides, we can learn from this case. First, insist on the participation of the residents. Respect the residents, mobilize them, rely on them, and enhance the endogenous motivation of the rural masses to develop the countryside and achieve revitalization. The Government will also strengthen the internal motivation of rural people to develop the countryside and achieve revitalization. The establishment of an internal mechanism for the peasants to participate in the development of rural tourism on their own, giving them the right to have a full voice in economic activities, and promoting the development model of “small farmers, big industries” in rural economic activities with family management as the carrier, so that the peasants can start their own businesses and realize the prosperity of the people in the process of rural revitalization. Second, adhere to ecological tourism. Green water and green mountains are golden mountains. Taking the protection of the ecological environment of the countryside as the starting point, we will play the characteristic card, strengthen the deep integration of the characteristic town with tourism, ecology, service industry and agriculture, create a characteristic countryside that no one has, no one has, and no one is special, and improve the attractiveness of out-of-town businessmen and tourists. In the process of implementing the rural revitalization strategy and realizing the integrated development of urban and rural areas, the construction of special and strong, clustered and combined, refined and beautiful, living and new special rural tourism resorts. Through the development of eco-tourism, more and more people in Steep Shahe Village have been able to eat “tourism rice” and embark on the road to prosperity, which has greatly boosted the regional economic development and poverty alleviation, and laid a solid foundation for the implementation of the rural revitalization strategy.

This research extends the current knowledge on the rural tourism industry with some important research dimensions. Most of the previous studies considered the rural tourism industry to be a simple view. The relevant studies on the problems and countermeasures in rural tourism [12,15,16], and study the rural tourism’ pathways and methods [54,55,56,57,58,59,60,61]. This study introduces the tripartite evolutionary game model and focuses on the tourism enterprises, local residents and government on rural ecotourism in terms of evolutionary game. Then, we use simulation method and case study to analyze the stability of interactions among the stakeholders and determine an equilibrium solution in the finite rationality case.
Some previous studies especially emphasized the evolutionary stable strategies of local governments, tourism enterprises and residents in the development and construction of ecotourism in ecologically fragile areas [32], and ignored the rural ecotourism among the three stakeholders in the poverty-stricken areas of China. In this research, we analyze how the different strategies of the three parties affect the rural ecotourism project and implications for rural revitalization. Based on the findings of the study, this paper provides countermeasures and recommendations for tourism enterprises, government, and local residents.

Although this study has significant theoretical and practical implications, it also has several limitations that could be explored in future research. The first is that the parameters of the evolutionary game payment matrix do not take into account all the factors affecting rural ecotourism. And the second is that some of the parameters of the payment matrix may not be precisely assigned due to the constraints of the survey respondents and conditions, which is where further research should be conducted in the future. In addition, other players are important subjects that should be considered when establishing the evolutionary game model. Future research may investigate more stakeholders or consider the technology innovation, innovation ecosystem with the poverty areas to ecotourism

No potential conflict of interest is reported by the author(s). 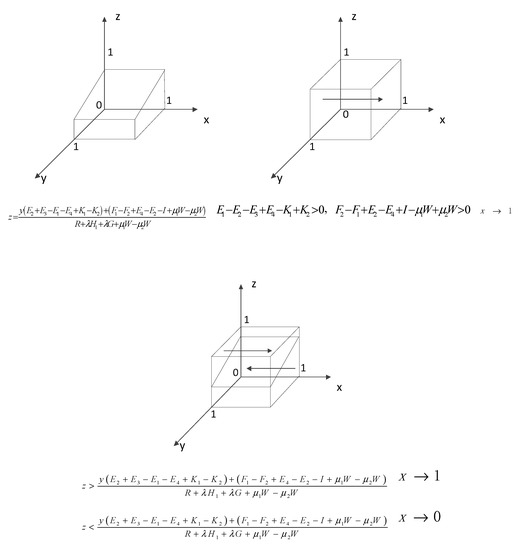 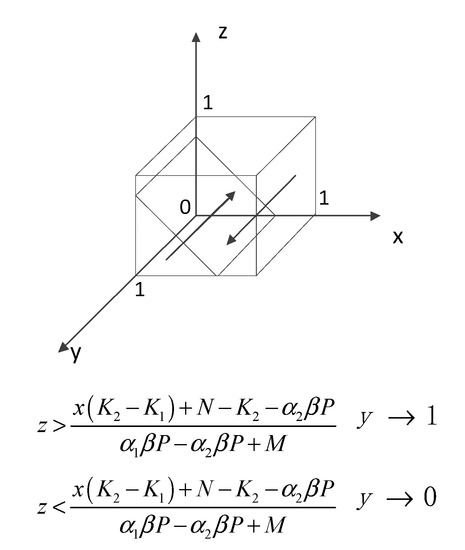 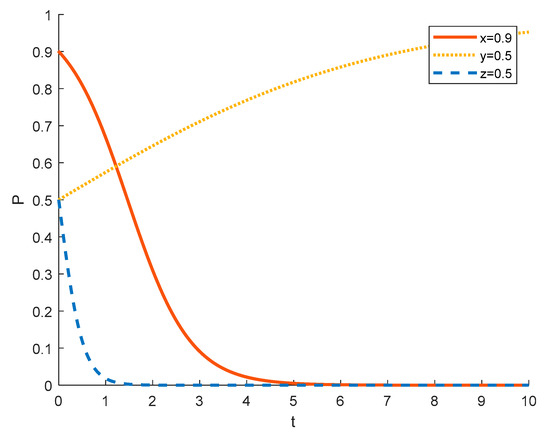 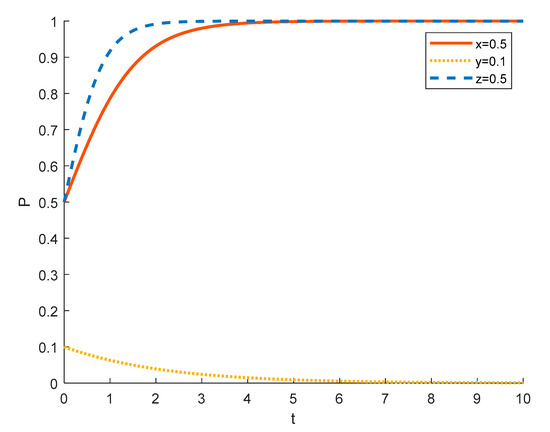 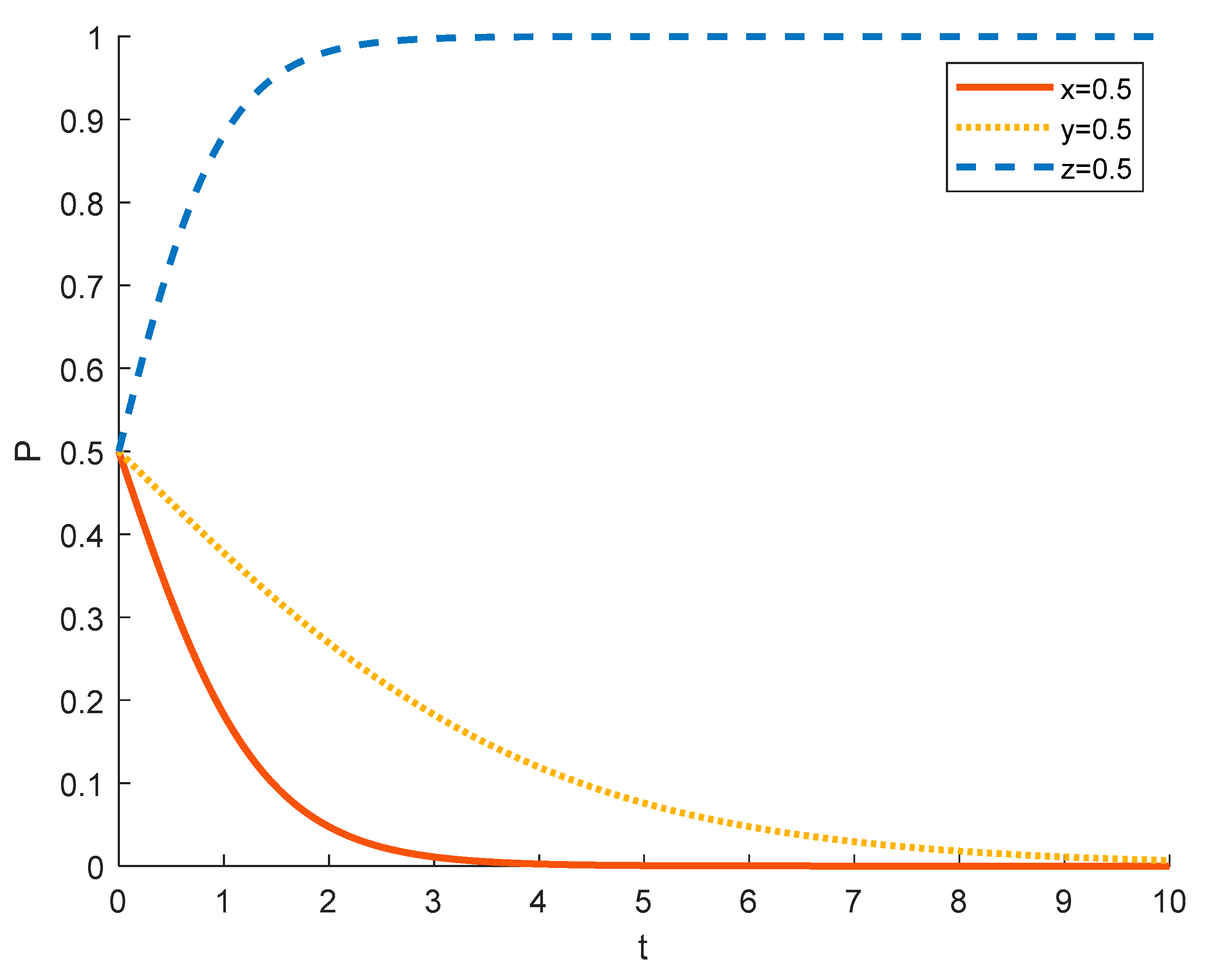 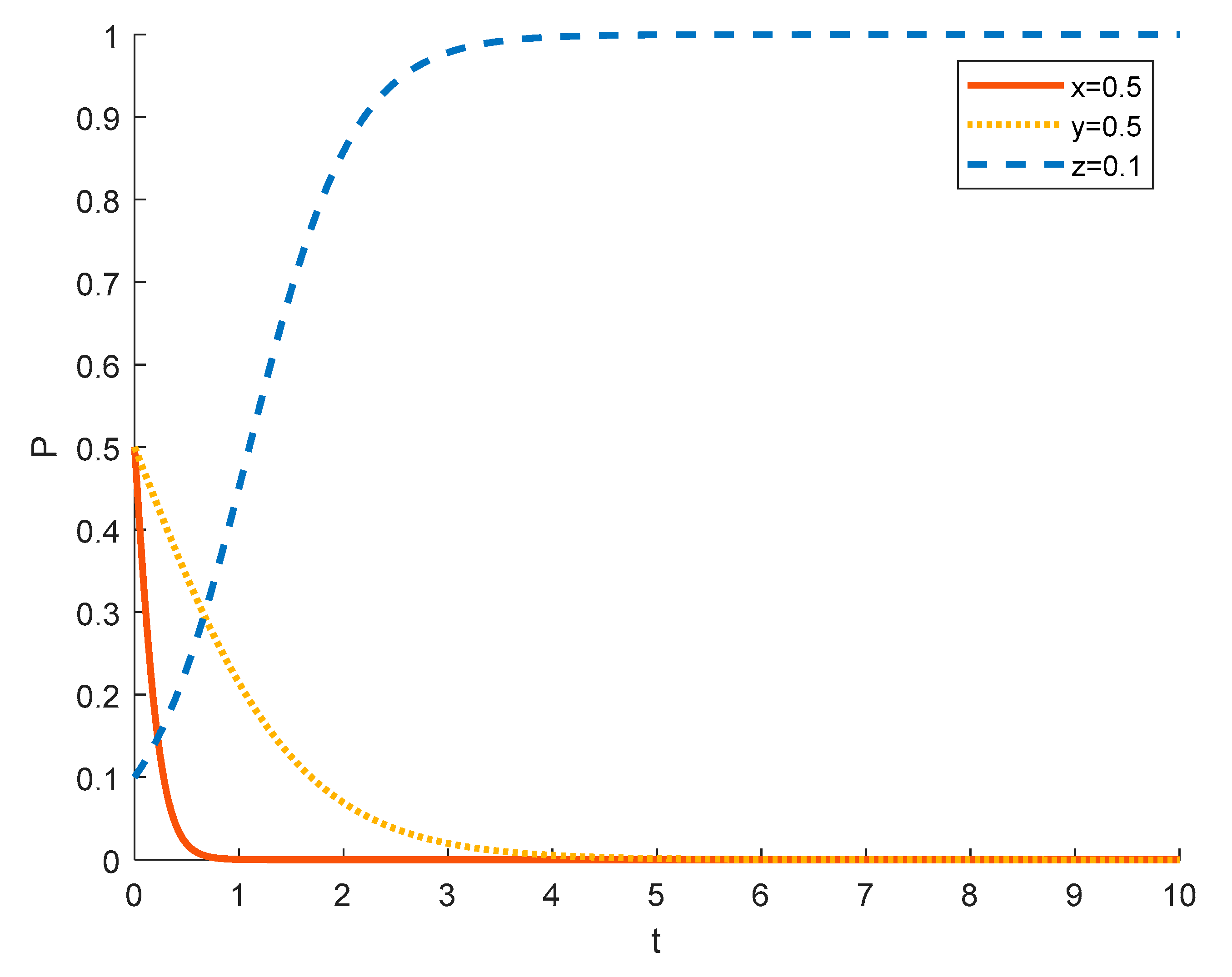 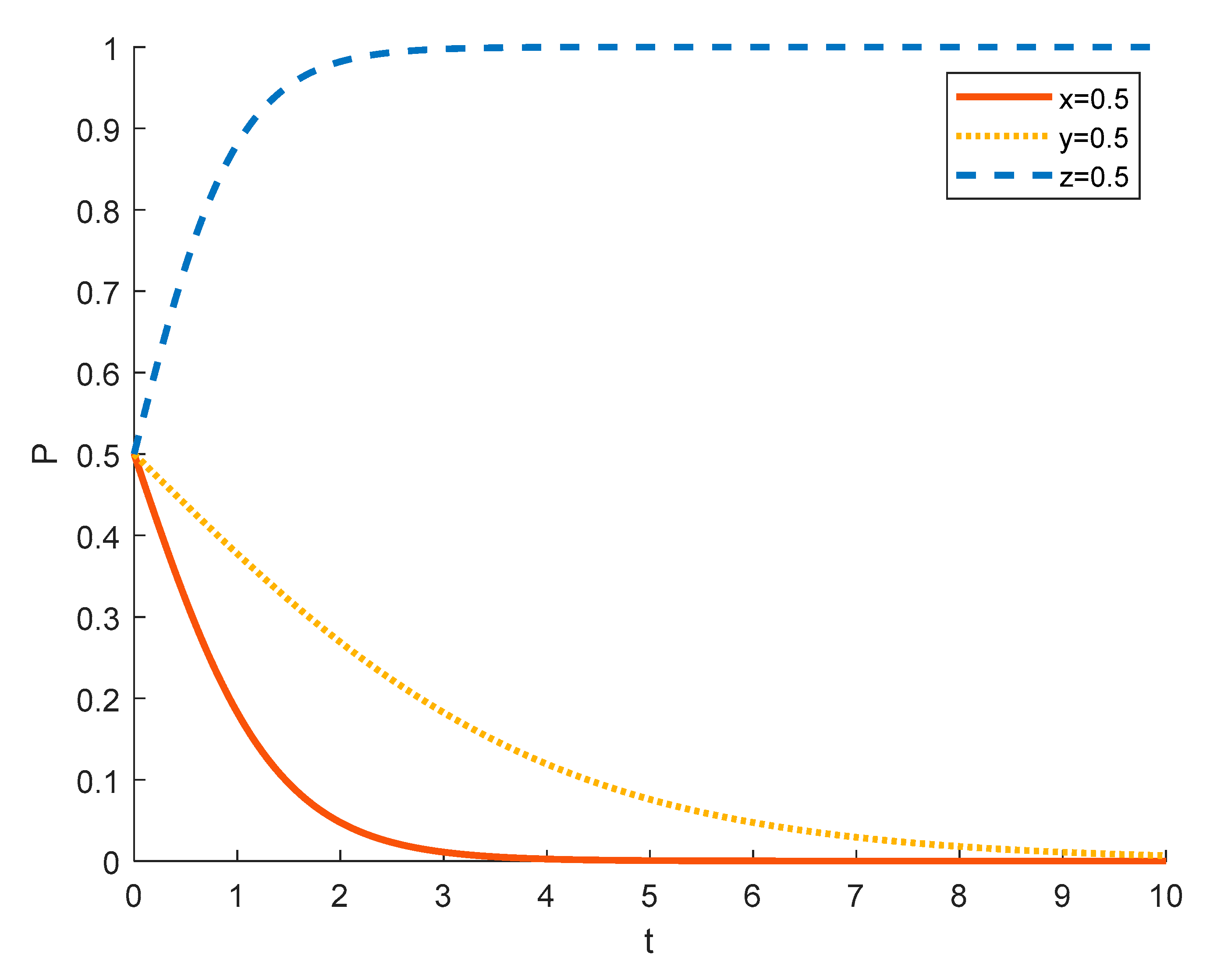 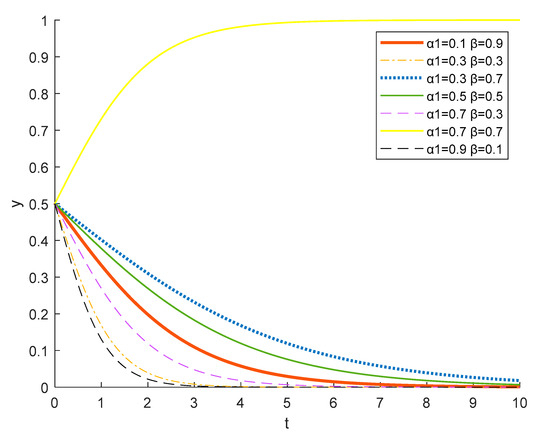 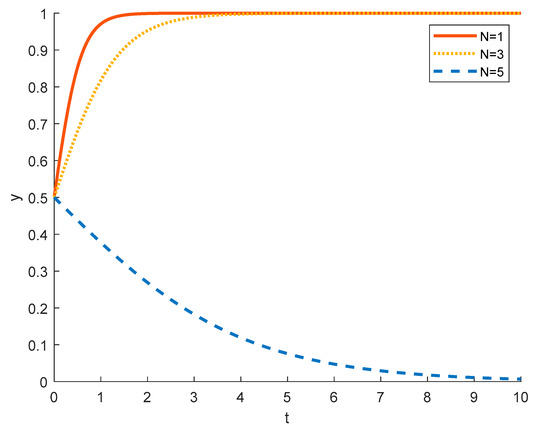 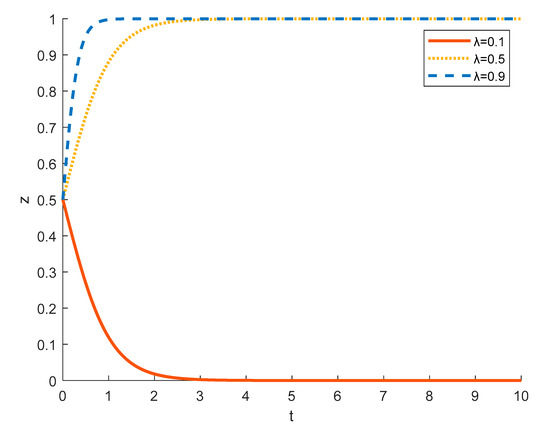 Table 1. The payoff matrix of evolutionary game.
Table 1. The payoff matrix of evolutionary game.
© 2021 by the authors. Licensee MDPI, Basel, Switzerland. This article is an open access article distributed under the terms and conditions of the Creative Commons Attribution (CC BY) license (https://creativecommons.org/licenses/by/4.0/).
We use cookies on our website to ensure you get the best experience. Read more about our cookies here.
Accept
We have just recently launched a new version of our website. Help us to further improve by taking part in this short 5 minute survey here. here.
Never show this again