Are We Ready to Build Back “Healthier?” An Exploratory Analysis of U.S. State-Level Disaster Recovery Plans

Unsupervised Exercise Training Was Not Found to Improve the Metabolic Health or Phenotype over a 6-Month Dietary Intervention: A Randomised Controlled Trial with an Embedded Economic Analysis

Ectopic fat leads to metabolic health problems. This research aimed to assess the effectiveness of a hypocaloric diet intervention together with an unsupervised exercise training program in comparison with a hypocaloric diet alone to reduce ectopic fat deposition. Sixty-one premenopausal women with overweight or obesity participated in this controlled trial and were each randomised into either a usual care group (hypocaloric diet) or intervention group (hypocaloric diet + unsupervised exercise training). Ectopic fat deposition, metabolic parameters, incremental costs from a societal perspective and incremental quality-adjusted life years (QALYs) were assessed before, during and after the six-month intervention period. In the total sample, there was a significant decrease in visceral adipose tissue (VAT: −18.88 cm2, 95% CI −11.82 to −25.95), subcutaneous abdominal adipose tissue (SAT: −46.74 cm2, 95% CI −29.76 to −63.18), epicardial fat (ECF: −14.50 cm3, 95% CI −10.9 to −18.98) and intrahepatic lipid content (IHL: −3.53%, 95% CI −1.72 to −5.32). Consequently, an “adapted” economic analysis revealed a non-significant decrease in costs and an increase in QALYs after the intervention. No significant differences were found between groups. A multidisciplinary lifestyle approach seems successful in reducing ectopic fat deposition and improving the metabolic risk profile in women with overweight and obesity. The addition of unsupervised exercise training did not further improve the metabolic health or phenotype over the six months.
Keywords: exercise; overweight; body fat distribution; ectopic fat exercise; overweight; body fat distribution; ectopic fat

Weight loss and weight loss maintenance is the core objective when aiding people with overweight and obesity. This goal can be reached using different strategies, such as non-invasive forms of behaviour therapy, pharmacotherapy or invasive approaches, such as weight loss surgery. Although a comprehensive lifestyle change approach with a reduced caloric diet and increased physical activity to achieve weight reduction is supported in obesity guidelines, this combined therapy is not always prescribed. Dieting is considered the cornerstone of obesity management. The media’s messages about the futility of exercise have led to confusion about the usefulness of exercise training. It is often seen that the role of exercise training is not emphasised. Frequently, a more general public health approach of physical activity promotion (“You should exercise more regularly”) is used instead of an individualised exercise prescription [1]. An exercise prescription commonly refers to a specific plan of sport-related activities that are designed for a specific purpose. Basic components of exercise prescription include recommendations for optimal exercise frequency, intensity, duration, mode and progression based on individual patient needs, preferences and limitations in order to achieve certain goals. These sport-related activities can be supervised (in groups or individually) or unsupervised with limited or extensive feedback.
Exercise training does not contribute to initial weight reduction when combined with a hypocaloric diet. However, exercise training has the potential to optimise body composition, enhance cardiovascular fitness, consolidate achieved weight loss and reduce metabolic risk [2].
Obesity is associated with weight-related comorbidities and an increased risk of morbidity and mortality [3]. A cost-of-illness analysis revealed the same pattern in metabolically healthy women with overweight and obesity [4]. This population shows higher overall and overweight-related comorbidities, which result in higher (healthcare) costs and lower average health utility as compared to the general population. Although this presents a major public health challenge, individuals with overweight or obesity should be encouraged to optimise their weight. In the absence of a significant weight loss, exercise training has been shown to reduce the presence of weight-related co-morbidities and further slow the development and progression of cardiometabolic disease [5]. The risk reduction may be related to increased muscle volume and a reduction in adipose tissue. Adipose tissue is known to be an active endocrine and paracrine organ that influences local and general insulin resistance, inflammation, lipid levels and, hereby, metabolic health [6]. Spillover of adipose tissue will be located in organs or in places that do not have the functionality for fat storage, for instance, in and around the liver, the heart, the skeletal muscles or abdominal intestines, which is called ectopic fat deposition [7].
Policymakers are facing a problem on how to set priorities in the allocation of limited healthcare resources to medical or public health interventions. Knowledge regarding these issues can be obtained by performing health economic evaluations of treatments, providing payers and governments with better insights into how to spend the available resources most efficiently (i.e., in a cost-effective way). Research is needed to provide the scientific, economic and patient-oriented rationale regarding the impact of exercise prescription on metabolic risk in people with overweight or obesity.
Therefore, the research question of this randomised controlled trial (RCT) was:
What is the effectiveness of a hypocaloric diet intervention alone or in combination with a free of charge but unsupervised exercise training program on the reduction of ectopic fat deposition and amelioration of the metabolic risk in women with overweight and obesity? Additionally, general costs were inventoried to take cost effectiveness of the interventions into account.

The study participants’ flow chart is shown in Figure 1.
The dropout rate was 15%. There were five “early dropouts” (before measurements at the third month) and four “late dropouts” (before measurements at month six). Reasons for leaving the study were similar in both groups and were mostly due to a lack of time. There was no significant difference in baseline values between the UC and I groups regarding primary and secondary outcomes (Table 1). NAFLD and metabolic syndrome were seen in seventeen (28%) and three (5%) participants in the total sample, respectively.
The UC and I groups were comparable at baseline. Descriptive data of the study participants can be found in Table 1.

3.2. Changes in Ectopic Fat Deposition and Metabolic Risk Factors in the Total Sample (UC + I Groups)

3.3. Differences between the UC and I Groups

No significant differences were found in the changes in mean ectopic fat deposition or mean metabolic parameters over the six months between the two groups. In Table S1, the clinical changes over time in each group are presented.
In addition, changes and 95% confidence intervals of the changes in the primary outcome are presented in Figure 4. A significant reduction in ectopic fat deposition was found after three months of intervention in both groups, except for IMCL and IHL, and PCF in the I group. Ectopic fat reductions were sustained after six months of intervention, except for PCF in both groups.
Excluding non-adherent participants in a sensitivity analysis revealed no new results.

One participant in the UC group was excluded from this analysis since she had outlier values regarding direct medical and non-medical costs. This woman showed direct medical and non-medical costs that were 10-fold the mean cost in the UC group. Additionally, the indirect costs of productivity loss, such as unemployment and absenteeism, were major cost drivers in this study. Since the baseline costs of unemployment and absenteeism were twice as high in the UC group in comparison with the I group, these expenses were not included. After correction for these variables, there were no differences between the medical and non-medical costs and, thus, the total healthcare costs in both groups at each time point. Table 2 depicts an overview of the direct medical costs, direct non-medical costs, indirect costs and QALYs.
The UC group had a mean real intervention cost of 219.46 ± 61.79 EUR, while in the I group, a mean cost of 688.70 ± 299.84 EUR was found. Since no between-group differences were observed in mean ectopic fat deposition or mean metabolic parameters, the ACURs were calculated. There was a decrease in the ACUR after six months in both groups. In the UC group, the ACUR decreased from 486.19 EUR to 351.50 EUR. In the I group, the ACUR decreased from 876.23 EUR to 598.76 EUR.

In summary, a dietary intervention seemed to be successful at reducing ectopic fat deposition and improving the metabolic risk profile in women with overweight and obesity. The addition of free of charge but unsupervised exercise training was not found to further improve the metabolic health or phenotype over six months.

The study was conducted according to the guidelines of the Declaration of Helsinki and approved by the Ethics Committee of the Antwerp University Hospital approved this study (number: 14/17/205). 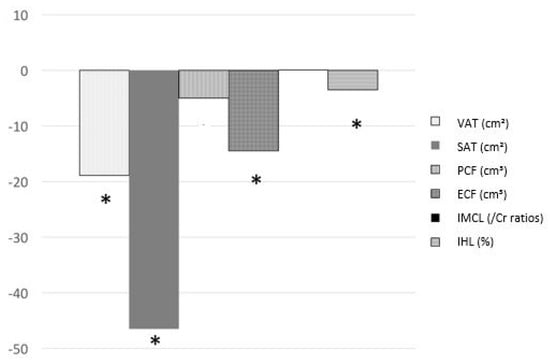 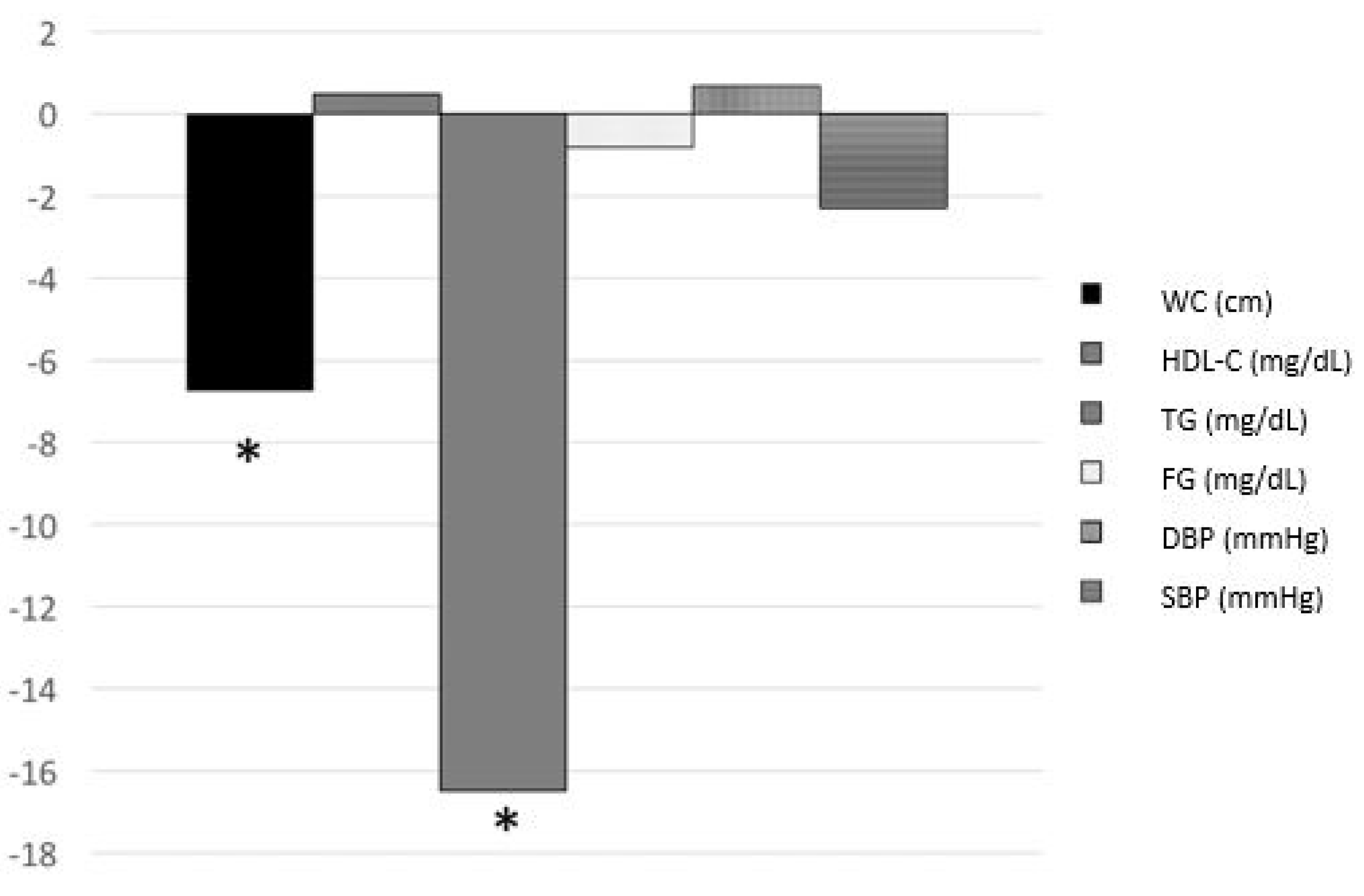 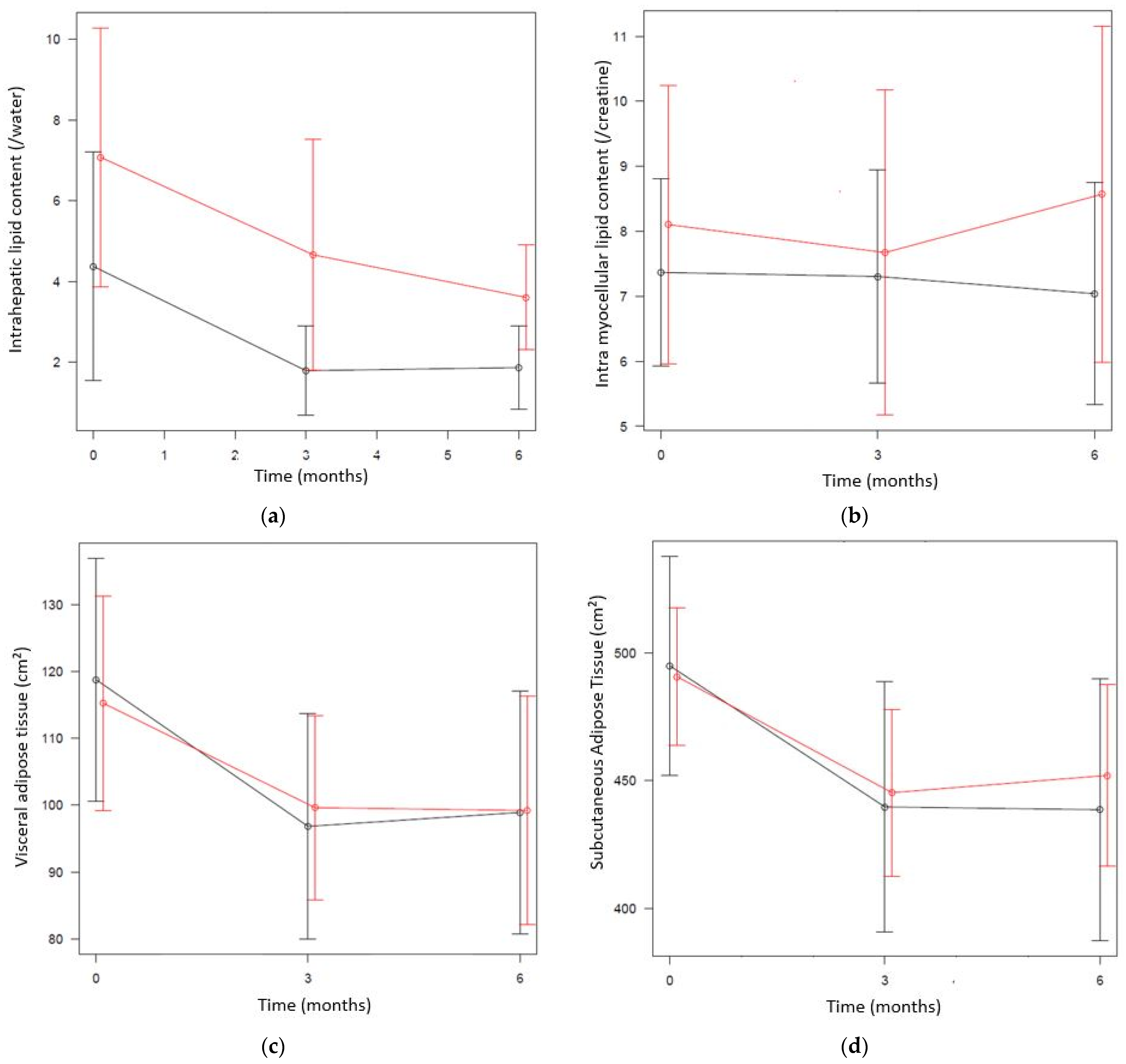 Table 2. Change in direct costs and QALY (mean EUR ± SD).
Table 2. Change in direct costs and QALY (mean EUR ± SD).
Footnote: t-test was used to compare mean values between the UC and I groups with a significance level of 0.05. UC group—Usual Care Group, I Group—Intervention Group.
© 2021 by the authors. Licensee MDPI, Basel, Switzerland. This article is an open access article distributed under the terms and conditions of the Creative Commons Attribution (CC BY) license (https://creativecommons.org/licenses/by/4.0/).
We use cookies on our website to ensure you get the best experience. Read more about our cookies here.
Accept
We have just recently launched a new version of our website. Help us to further improve by taking part in this short 5 minute survey here. here.
Never show this again