Distribution and Geochemical Controls of Arsenic and Uranium in Groundwater-Derived Drinking Water in Bihar, India
Next Article in Special Issue

Socioeconomic Status and Physical Activity among Mothers of Young Children in an Asian City: The Mediating Role of Household Activities and Domestic Help

Effects of the Musical Sound Environment on Communicating Emotion

The acoustic environment is one of the factors influencing emotion, however, existing research has mainly focused on the effects of noise on emotion, and on music therapy, while the acoustic and psychological effects of music on interactive behaviour have been neglected. Therefore, this study aimed to investigate the effects of music on communicating emotion including evaluation of music, and d-values of pleasure, arousal, and dominance (PAD), in terms of sound pressure level (SPL), musical emotion, and tempo. Based on acoustic environment measurement and a questionnaire survey with 52 participants in a normal classroom in Harbin city, China, the following results were found. First, SPL was significantly correlated with musical evaluation of communication: average scores of musical evaluation decreased sharply from 1.31 to −2.13 when SPL rose from 50 dBA to 60 dBA, while they floated from 0.88 to 1.31 between 40 dBA and 50 dBA. Arousal increased with increases in musical SPL in the negative evaluation group. Second, musical emotions had significant effects on musical evaluation of communication, among which the effect of joyful-sounding music was the highest; and in general, joyful- and stirring-sounding music could enhance pleasure and arousal efficiently. Third, musical tempo had significant effect on musical evaluation and communicating emotion, faster music could enhance arousal and pleasure efficiently. Finally, in terms of social characteristics, familiarity, gender combination, and number of participants affected communicating emotion. For instance, in the positive evaluation group, dominance was much higher in the single-gender groups. This study shows that some music factors, such as SPL, musical emotion, and tempo, can be used to enhance communicating emotion. View Full-Text
Keywords: music; sound environment; communicating emotion; PAD; social characteristics music; sound environment; communicating emotion; PAD; social characteristics
►▼ Show Figures 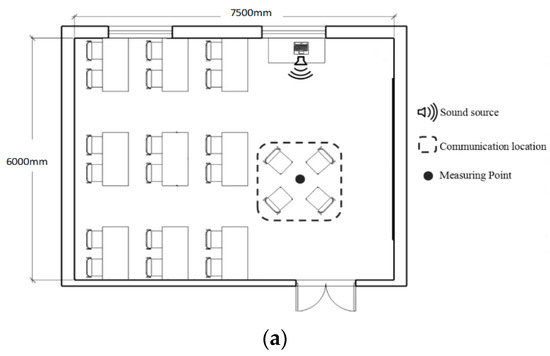