The Relationship between Emotion Regulation and Emotion Knowledge in Preschoolers: A Longitudinal Study
Previous Article in Journal

Body dissatisfaction has primarily been studied among females under the assumption that men were unlikely to suffer from serious problems in this regard. However, recent studies suggest that it is a problem for males, with male body concerns differing from female ones [1,2,3]. In other words, females tend to desire thinner bodies, while males tend to desire more muscular physiques. Additionally, recent evidence suggests that current Western body ideals are shifting toward toned, thin physiques for women and lean, muscular ones for men [4]. Thus, young adults’ body image disturbances are a complex matter; therefore, a need exists to understand body ideals and their negative consequences. Hence, the main goal of this study is to examine the effects of sociocultural pressures on both drives for thinness and muscularity, and body dissatisfaction among both genders.

Sociocultural Influences on the Body Ideal

Both men and women have become increasingly dissatisfied with their body types, perhaps because of unrealistic societal standards around physical attractiveness. A drive for thinness is associated with negative behavioral and/or psychological problems such as disordered eating, depression, lower self-esteem, and body dissatisfaction [5]. Similarly, a drive for muscularity is often detrimental to one’s health and body image [3].
To understand the emergence of body dissatisfaction, the tripartite influence model of body image [6] proposes that social pressures from the media, one’s parents, and one’s peers lead to body dissatisfaction via societal body ideal internalization. This model has been extended and has received support in various studies conducted in adult and adolescent samples. Tylka [7] refined the tripartite influence model by including dual body image pathways (i.e., drive for thinness and muscularity). Previous studies indicate that the media has the greatest influence on peoples’ body images. Its influence is a strong predictor for the drive for thinness and body dissatisfaction among females and males [1,8,9]. Although, notably, men may not only want to lose weight, they also eventually want to gain muscle [10]. Studies have found that media pressures influence both the drives for thinness and muscularity among males, causing disordered eating among many adolescent boys [1,2] and men [11]. This implies the existence of gender differences in sociocultural standards of body ideals. Eating disorders are occurring very frequently among adolescents and young adults, and nearly 1 out of 10 individuals with disordered eating behaviors are men, indicating that disordered eating behaviors can occur regardless of gender [12].
Parents are also significant social factors in the development and maintenance of body image. Research has found that parental comments on weight loss predict disordered eating behaviors and negative body images among adolescent girls [13], female undergraduates [14], and adolescent boys [15].
Additionally, a person’s peers are another important sociocultural component. Peer comments have a powerful influence on harmful body-related behaviors and dissatisfaction [16]. A study among female undergraduates found that negative body-related talk between friends was positively associated with body dissatisfaction [17]. Likewise, previous research found that friends’ teasing of people’s weight and physique significantly influences male adolescents’ obsessive muscle building [18], muscularity internalization, and body dissatisfaction [19]. In Valois et al.’s [20] longitudinal study, weight teasing by one’s peers was associated with subsequent body dissatisfaction over two years among adolescent boys and girls.
Furthermore, research on body image and dissatisfaction among men of ethnic minorities remains limited, with previous studies focusing on White men’s experiences [21]. Some studies have found that Asian/Asian American men in the U.S. felt smaller than their body ideals, indicating a desire for increased muscularity [22]. Asian American undergraduate men in the U.S. reported higher drives for muscularity and body dissatisfaction, with greater media internalization of body ideals compared to White and Black males [23]. Additionally, a study among young Taiwanese males discovered that increased muscularity pursuits are associated with body dissatisfaction and exercise dependence [24].
Given ethnicity’s significant role in the relationship between sociocultural pressures, drive for body ideals, and body dissatisfaction, this study investigated the relationships between these factors using a sample of Korean college students to provide a culturally appropriate framework to understand them. Furthermore, past research has found that possessing both thinness and muscularity drives tends to be associated with negative psychological and behavioral outcomes [25]. Therefore, this study specified distinct types of sociocultural pressures to provide a more detailed understanding of the processes underlying each one’s relationship with the drives for thinness and muscularity among both genders. Moreover, this study examined whether the drives for thinness and muscularity are mediators between sociocultural pressures and body dissatisfaction.

After receipt of institutional review board approval, data were collected during the Fall semester, 2019. Instructors from the College of Health Sciences were contacted to obtain permission to recruit the study’s participants from their classes. Full-time academic students majoring in Health Sciences were recruited. A majority of them were taking 15 to 18 academic credits per semester. Once approval was granted, trained researchers distributed an information letter, describing the study. All subjects gave their informed consent for inclusion before they participated in the study. Those who opted to participate were administered the survey, in paper and pencil format, during class. The study was conducted in accordance with the Declaration of Helsinki, and the entire survey was reviewed and approved by a professional panel of educational specialists and school counselors (Project identification code No. CSED-2019-001A).

The Drive for Thinness subscale of the Eating Disorder Inventory (EDI-DFTS; [26]) was used to measure participants’ drive for thinness. The scale was used to assess participants’ preoccupation with body weight, excessive dieting concerns, entrenchment in an extreme pursuit of thinness, and any intense fears of becoming fat. It consists of seven items, each instructing respondents to rate their answers from 1 (never true of me) to 6 (always true of me). This scale is often used in Korean body image research and the scale has shown significant validity and reliability (Cronbach’s α range = 0.86–0.91 [27,28]).

The Drive for Muscularity Scale (DMS; [29]) was used to measure participants’ preoccupations with becoming more muscular, obsession with muscle building exercise, level of impact of exercise on life, and guilt over skipping exercise. The scale consists of 15 items, each instructing respondents to rate their answers from 1 (never true of me) to 6 (always true of me). This scale is often used in Korean body image research and the scale has shown significant validity and reliability (Cronbach’s α = 0.84 [28]).

The Body Dissatisfaction subscale of the Eating Disorder Inventory (EDI-BD; [26]) was used to measure participants’ body dissatisfaction. The scale consists of nine items, each instructing respondents to rate their answers from 1 (never true of me) to 6 (always true of me). The EDI-BD used in this study has been used widely in extant research in Korea, and other research findings have shown that there are significant associations with related variables, such as body consciousness in college students (Cronbach’s α = 0.85 [30]) and eating disorders [27], providing evidence supporting the validity of the instrument for use with this population.

To measure relevant sociocultural influences, 43 items (10 for media, 20 for parental, and 13 for peer influences) of the Tripartite Influence Scale [31] were used. The validity and reliability of each subscale (media, parent, peer pressure) were also confirmed through several studies (Cronbach’s α range = 0.85–0.90 [32,33,34]).

The Leisure-Time Exercise Questionnaire (LTEQ) is a self-report instrument assessing the frequency of mild, moderate, and strenuous exercise conducted for 15 min or longer during a typical week [35]. The weekly frequencies of mild, moderate, and strenuous exercises are converted into a measure of energy expenditure called “metabolic equivalents” using the following formula: (3 × mild) + (5 × moderate) + (9 × strenuous). The LTEQ is a reliable and valid measure of exercise behavior in adults [36,37].

Structural Equation Modeling (SEM) was used to assess the hypothesized structural relationships between the latent variables. SEM was selected because it is an appropriate analytical approach specifying directionality for the variables of interest, while also generating the flexibility with which to test causal relationships. In stage one, a confirmatory factor analysis was conducted to test the measurement model for the tripartite influence model of body image. The fit indices indicated that the three-factor model yielded a good fit to the current sample in terms of the Comparative Fit Index (CFI), NNFI (both over 0.95) and root mean square error of approximation (RMSEA) (.05). In the second stage, a structural model (see Figure 1) tested the hypotheses in the present study. For SEM analysis, we used the questionnaire items as measured variables to represent the latent variables in the model shown in Figure 1. Two mediational models were tested to compare and derive the best one. The model’s fit was assessed, based on several criteria: the Comparative Fit Index (CFI; [38]), non-normed fit index (NNFI; [39]), and the root mean square error of approximation (RMSEA; [40]). Values lower than 0.06 for the RMSEA, and values close to 0.95 for the NNFI and CFI, were used to determine a good-fit model. All analyses were conducted using AMOS [41].

The variables’ correlations, means, and standard deviations are provided in Table 1.
Significant correlations were found among these variables. In examining mean level differences, the results showed significant gender differences for these variables. Specifically, college-going women reported a higher drive for thinness, and a lower drive for muscularity, when compared to their male counterparts. According to the guidelines of severe non-normality (i.e., skew > 2; kurtosis > 7) proposed by West, Finch, and Curran [42], the normality assumption for all the variables was met.

This work was supported by the Hankuk University of Foreign Studies Research Fund. 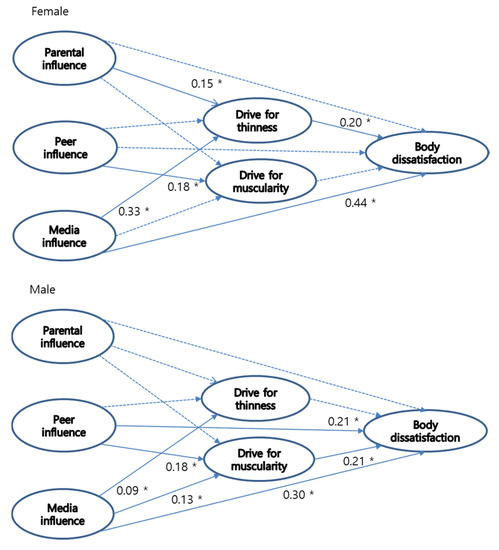 Table 1. Correlations and descriptive statistics for study variables.
Table 1. Correlations and descriptive statistics for study variables.
Note. Correlations for females are above diagonal; α Gender difference is significant at * p < 0.05.
© 2020 by the authors. Licensee MDPI, Basel, Switzerland. This article is an open access article distributed under the terms and conditions of the Creative Commons Attribution (CC BY) license (http://creativecommons.org/licenses/by/4.0/).
We use cookies on our website to ensure you get the best experience. Read more about our cookies here.
Accept
We have just recently launched a new version of our website. Help us to further improve by taking part in this short 5 minute survey here. here.
Never show this again