Displacement and Emotional Well-Being among Married and Unmarried Syrian Adolescent Girls in Lebanon: An Analysis of Narratives
Previous Article in Special Issue

Efficacy of an Internet-Based Program to Promote Physical Activity and Exercise after Inpatient Rehabilitation in Persons with Multiple Sclerosis: A Randomized, Single-Blind, Controlled Study 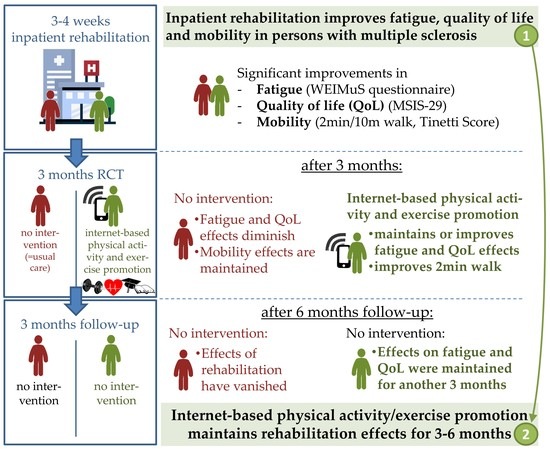