Mapping the Human Exposome to Uncover the Causes of Breast Cancer

We all have heard that an ounce of prevention is worth a pound of cure. The problem, however, is that in order to prevent a disease we have to know what causes it, and that is not clear with breast cancer. Breast cancer is not caused by a single agent, but rather multiple single agents and/or various combinations of different agents. The following list summarizes, in two main categories, current estimates of the percentage of breast cancer cases in US women that are associated with various risk factors. Only 1% of breast cancers are in males. There is no definitive percentage for environmental chemicals because exposure is difficult to measure and multiple chemical factors are lumped into one category.
This literature review focuses on research that relates to bovine leukemia virus (BLV) infection of humans, and possible strategies to reduce human exposure to BLV. The sources of information are publications accessible in the PubMed Central database and on sources readily available online via Google.

2. Summary of Research on Relationship of BLV Infection to Breast Cancer

3. Is Evidence That BLV Might Be a Risk Factor for Breast Cancer Now Strong Enough to Consider Primary Prevention Strategies to Lower BLV Infection Rate in Humans?

Collectively, the high level with which BLV is associated with breast cancer and meets the expectations of the Bradford Hill criteria should get more attention in future approaches to combat breast cancer. Currently, the main approach is early detection and treatment to prevent mortality. This is, of course, important and should not be discontinued. But why not pay more attention to primary prevention, i.e., protecting humans from being exposed to risk factors for breast cancer so that they never develop breast cancer in the first place? For breast cancers caused by BLV, several pathways are possible:

1.
Determine how humans become infected with BLV so those routes of transmission can be intercepted. Among cattle, BLV is transmitted via milk, blood (biting insects, contaminated veterinary/farming equipment, in utero) [22] so it is likely humans are infected through these same bodily fluids. Estimated prevalence of BLV in US cattle herds is 84% of dairy herds and 38% of beef herds [22]. However, BLV is inactivated by pasteurization of milk and thorough cooking of beef, so educating people not to drink raw milk products or eat raw or extremely rare beef would protect them against this route of transmission.

Another possible route of transmission is human-to-human via blood or milk. Currently, blood banks don’t test for BLV when they screen human blood donations. A recent study of human blood indicated 45% of subjects who volunteered had leukocytes infected with BLV [23], suggesting that blood borne infection from other humans might be possible, however, no research has been done to prove this. Mother-to-child transmission via nursing and blood exposure during the birth process is another possible human-to-human transmission method which needs to be explored.

There are already multiple risk factors for developing human breast cancer, and bovine leukemia virus (BLV) may be another one to add to the list. Six of the eight studies that examined breast cancer tissues or DNA found BLV in breast tissues, which suggests strongly that BLV does infect humans, and breasts can be targets of infection. Four of the five studies that were able to obtain normal breast tissue from donors without breast cancer performed a comparative statistical analysis and found relatively high odds ratios, ranging 2.73–5.59, with an average of 4.01. Although this does not definitively mean that BLV can cause breast cancer, it is strong support for the idea that BLV may be a risk factor. The elimination of the source of BLV and/or its transmission may help to reduce breast cancer incidence and mortality in both women and men. Most BLV around the world is housed in the environment, namely the agricultural pastures in which our large domestic animals live until they become part of our diet. These pastures are frequently adjacent to open land inhabited by wild animals that could potentially become infected. Unlike other viruses already proven to cause human cancers by human-to-human transmission (liver cancer, cervical cancer, Kaposi’s sarcoma, Burkitt’s lymphoma), BLV crosses species readily and has been shown to infect a variety of wild animals (yaks, buffalo, capybara) [25] in addition to domestic sheep and goats. These uncontrolled infections increase the reservoir of BLV and ultimately the probability of human infection. Because of the expense, many beef cattle ranchers and dairy farmers are reluctant to attempt eradication of BLV from their herds by testing and separating positive from negative animals and creating a future herd from the negative animals. Therefore, any campaign to eliminate BLV infection in cattle for the sake of human health should also emphasize the potential benefits of BLV eradication to ranchers and farmers, e.g., BLV-negative cows have higher level of milk production and greater resistance to other microorganisms that lower the general health and marketability of the cattle. Therefore, eradicating the zoonotic carcinogenic risks within this agricultural environment could have huge payoffs for both human health as well as the agricultural industry.

We are grateful to Lisa Kao for help with references. 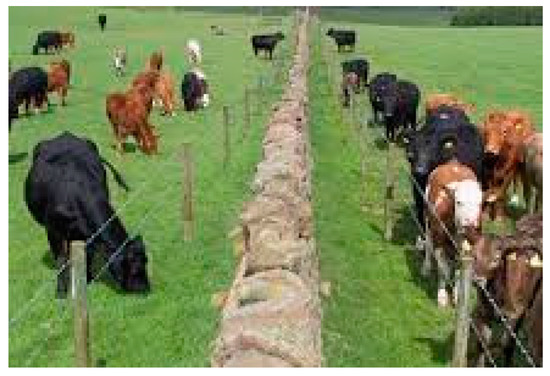 Table 2. Hill Criterion #1: relative strengths of breast cancer risk factors.
Table 2. Hill Criterion #1: relative strengths of breast cancer risk factors.
* risk or potential is given as odds ratio; # average of the 4 studies that calculated an odds ratio. Risk measured as odds ratio or relative risk; BC = breast cancer; BLV = bovine leukemia virus; BMI = body mass index
© 2019 by the authors. Licensee MDPI, Basel, Switzerland. This article is an open access article distributed under the terms and conditions of the Creative Commons Attribution (CC BY) license (http://creativecommons.org/licenses/by/4.0/).
We use cookies on our website to ensure you get the best experience. Read more about our cookies here.
Accept
We have just recently launched a new version of our website. Help us to further improve by taking part in this short 5 minute survey here. here.
Never show this again