Reduction of Dental Caries Among Children and Adolescents From a 15-Year Community Water Fluoridation Program in a Township Area, Korea
Previous Article in Journal

Oculo-Facio-Cardio-Dental Syndrome: A Case Report about a Rare Pathological Condition

(1) Background: Oculo-facio-cardio-dental (OFCD) syndrome is a rare pathological condition with an X-linked dominant trait that only occurs in females; no males are born with OFCD syndrome. This syndrome is characterized by congenital cataracts with secondary glaucoma ocular defects, ventricular and atrial septal defects, or mitral valve prolapses. Facial traits are a long narrow face and a high nasal bridge with a bifid nasal tip. Dental anomalies include radiculomegaly, oligodontia, root dilacerations, malocclusion, and delayed eruption. (2) Methods: This clinical report describes a 26-year-old girl who suffers from OFCD syndrome and who was treated with a multidisciplinary approach. The treatment plan included orthodontic treatment, orthognathic surgery, namely LeFort I and a Bilateral Sagittal Split Osteotomy, and occlusal rehabilitation with implants. (3) Discussion: Early diagnosis and multidisciplinary treatment of orthodontic, orthognathic surgery and occlusal rehabilitation with implants make it possible to maintain tooth function and improve aesthetics with good prognoses for success. In this paper, we report a case of a female patient with OFCD syndrome, who was referred for orthodontic treatment and occlusal rehabilitation and treated with a multidisciplinary approach.
Keywords: BCOR; dental anomalies; oculo-facio-cardio-dental syndrome; orthodontic treatment; orthognathic surgery; radiculomegaly BCOR; dental anomalies; oculo-facio-cardio-dental syndrome; orthodontic treatment; orthognathic surgery; radiculomegaly

Oculo-facio-cardio-dental (OFCD) syndrome is defined as a rare pathological condition first introduced in 1996 by Gorlin et al. [1]. Oculo-facio-cardio-dental syndrome only occurs in females and no ma Fles are born with OFCD syndrome. The typical facial features of OFCD are ocular defects including microphthalmia, congenital cataract, a long narrow face, and a high nasal bridge with separation of the anterior cartilages. The most common dental abnormalities are radiculomegaly, oligodontia, retained primary teeth, and malocclusion [1,2]. Just two years later, the same authors reported another case characterized by root dilacerations of four canines, malocclusion, and cataracts [3,4].
Genetic analysis of OFCD syndrome revealed that it is caused by a mutation in the encoding BCL-6 interacting corepressor (BCOR), an X-linked dominant trait presumed to be responsible for lethality in affected males [1,5,6,7,8,9]. The BCOR gene provides information for the protein and corepressor, which seems to play an imperative function in the first steps of embryogenic growth. Truncating, frameshift mutations, deletions, and nonsense mutations in the gene result in a premature termination at chromosome Xp114 [10]. Early diagnosis of this syndrome is crucial to establish a correct treatment plan to obtain the best results. Diagnosis can be made after the age of 15 by a multidisciplinary team, and the differential diagnosis can be made with rubella and rubeola [11,12].
In this paper, we report a case of a patient with OFCD syndrome who was referred for orthodontic treatment and occlusal rehabilitation with treatment by a multidisciplinary team.

Taking this malocclusion into account, the multidisciplinary team confirmed that orthodontic treatment alone was insufficient to adequately correct this functional case. The treatment plan consisted of orthodontic treatment and orthognathic surgery to solve dental malposition and skeletal anomalies, and oral rehabilitation with implants was planned in the second step (Table 2).
To begin the treatment, an upper mouthguard was placed to disclose the teeth and open the bite, and lower brackets were bonded with a 0.016″ NiTi archwire (Figure 5). Six months later, the upper bracket was directly bonded, and a 0.016″ NiTi archwire was placed. During the patient’s orthodontic treatment, light forces were applied to minimize the risk of ankylosis (Figure 6A).
After a control orthopantomography, a radiolucency and asymptomatic lesion appeared in the left mandibular branch. To guide the surgeon in proper patient management, a computer tomography was done. The lesion was not related to the mandibular molar tooth and was surgically removed in the hospital. After three months, the patient was subjected to a LeFort I surgery to make a 5 mm superior reposition of the maxilla to reduce the gummy smile. At the same time, a bilateral sagittal split osteotomy (BSSO) was made for mandibular setback and reposition. A genioplasty for vertical reduction with 6 mm was also performed. After osteotomy, small bone plates with bone screws were used to stabilize the segments and to obtain a rigid fixation (Figure 4B and Figure 6B).
The orthodontic appliance was removed after five years and retainers with missing teeth were made to provide retention. Oral rehabilitation was performed one year after removal of the appliance with implants: A Ø3.5 mm × 10.5 mm (Southern Implants) implant was placed in the upper right lateral incisor region, a Ø3.5 mm × 10 mm (Nobel Replace) implant was placed in the upper left canine region, and a Ø4 mm × 13 mm (Neodent) implant was placed in the first upper left premolar region.
Peri-implantitis occurred along the first upper left premolar implant one year after placement. Curettage peri-implantitis and prescription of amoxicillin and metronidazole every 8 h for 14 days were carried out, but after six months the implant was removed. At a follow-up of the treatment after four years and six months, the patient was stable and happy with the results (Figure 7, Figure 8 and Figure 9).

The association of facial, ocular, and dental features are the most important features for the diagnosis of OFCD [8,11,12]. Dentists and orthodontists might be in the best position to diagnose this syndrome because they work with dental radiographs. They can therefore compare the eruption, root formation, and apical closure of teeth throughout the orthodontic treatment period. The OFCD syndrome is very uncommon, and no more than 100 cases have been reported [13]. The features of this syndrome present a great variety of signs such as dental anomalies that are difficult to detect at birth. It is important to make a differential diagnosis between OFCD and Marfan syndrome. Marfan syndrome encompasses not only the oculo-facio-cardio-dental anomalies, but also the musculoskeletal, central nervous, pulmonary, and integumentary systems. In this case report, the patient presented clinical characteristics similar to those of Marfan syndrome [14,15,16]. However, the presence of mandibular prognathism, the bifid tip of the nose, and several teeth with radiculomegaly are pathognomonic signals of OFCD syndrome.
In this clinical case, we reported several dental abnormalities such as canine radiculomegaly associated with congenital cataracts and other facial treatments which are typical of OFCD syndrome.
Taking into account the Index of Orthognathic Functional Treatment Need (IOFTN) ([17,18,19], skeletal anomalies (5.7), an anterior and bilateral scissors bite with signs of functional disturbances and occlusal trauma (5.5), a deep bite with dental and soft tissue trauma (4.8), and gingival exposure ≥ 3 mm at rest (4.9) confirmed, for the multidisciplinary team, that orthodontic treatment alone was insufficient to adequately correct this functional case. In this case report, the patient had a very bad malocclusion which made it difficult to install the orthodontic appliances. For this reason, we began the treatment with an upper mouth guard to permit the lower orthodontic appliance to be installed.
After orthodontic treatment and orthognathic surgery, the malpositioned permanent teeth bimaxillary skeletal discrepancy improved, and edentulous space was restored with implants to establish better occlusal harmony. The implant put in the first upper left premolar region was lost due to peri-implantitis. This may be related to OFCD syndrome and a radiopacity seen in the orthopantomography image, or the lack of blood in bone irrigation in this edentulous space. For rehabilitation of the edentulous space due to the loss of the implant, the treatment plan was changed and in agreement with the patient, it was decided to make a bridge. The duration of this treatment was about five years. Besides being a clinical case that included orthodontic and surgical treatment, it was necessary to adapt the different phases of the plan to the dental characteristics, namely the excessive size of the roots. Due to the appearance of setbacks during treatment, namely the loss of the above-mentioned implant and the appearance of a lesion of asymptomatic apical periodontitis associated with tooth 35, the treatment plan was extended.
Although the patient was subjected to a LeFort I surgery to make a 5 mm superior reposition of the maxilla, the patient still presents a somewhat gummy smile, but she is pleased and has no complaints. Our case report presented an adult patient with many of the signs described in the literature that could confirm the pathognomonic signals which are characteristic of OFCD syndrome. Based on the clinical and radiographic findings, the therapeutic approach to this case was performed by a multidisciplinary team that included orthognathic surgery, orthodontic correction, and occlusal rehabilitation.
In order to complete this case report, it would be important to do a BCOR (BCL-6 interacting corepressor) mutation analysis, which could not be performed due to the patient’s state of health.

These data show that early diagnosis, prompt treatment, and a multidisciplinary approach are a suitable method to solve the skeletal, facial, and dental disharmony in patients with oculo-facio-cardio-dental syndrome.

Our thanks to Carlos Alberto for performing the orthognathic surgery. 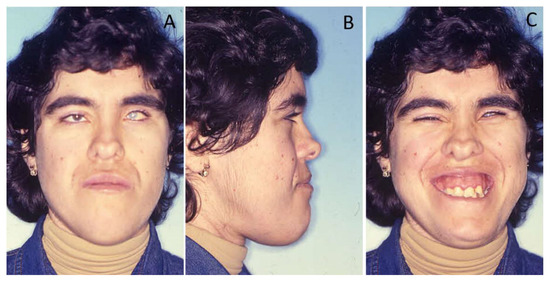 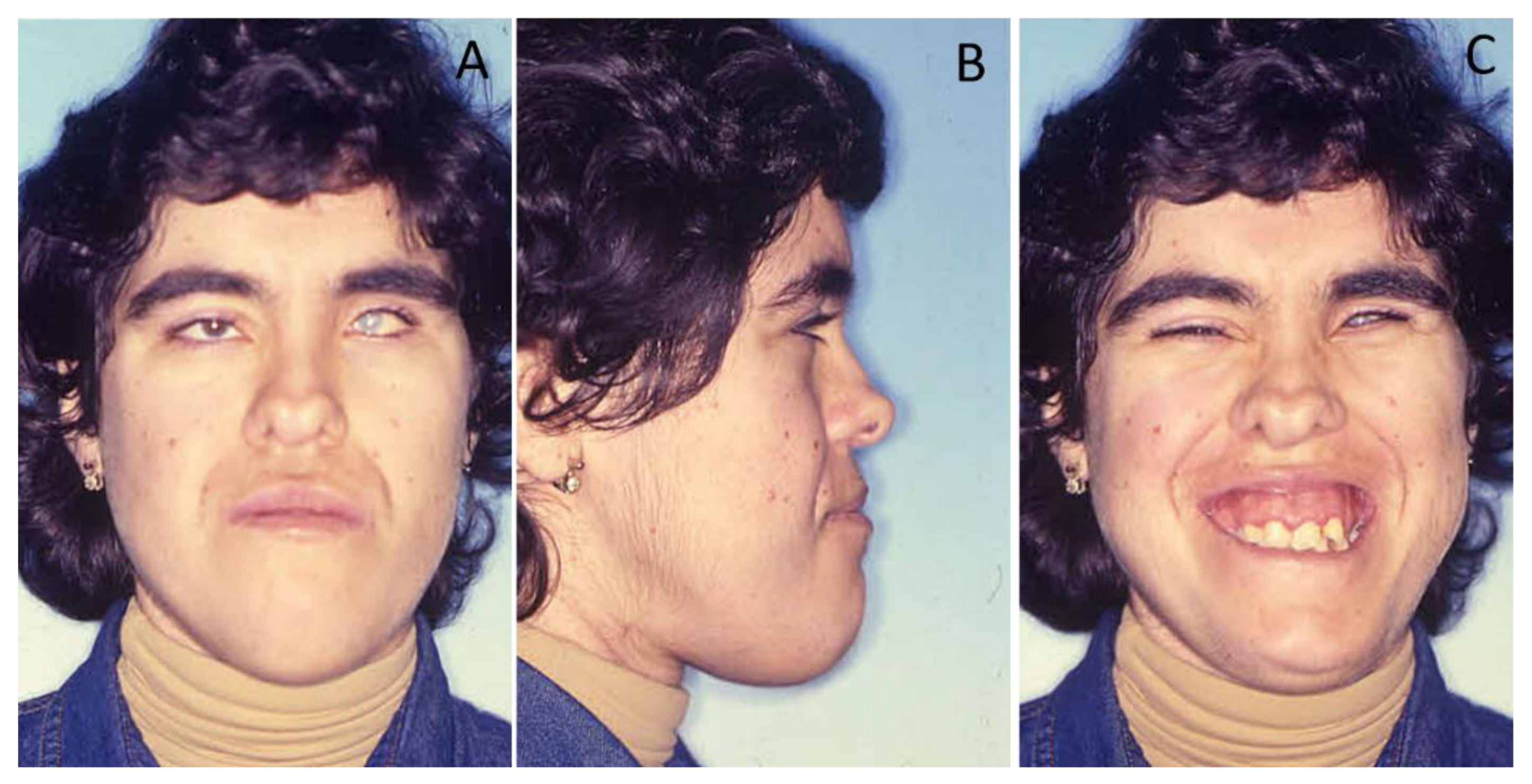 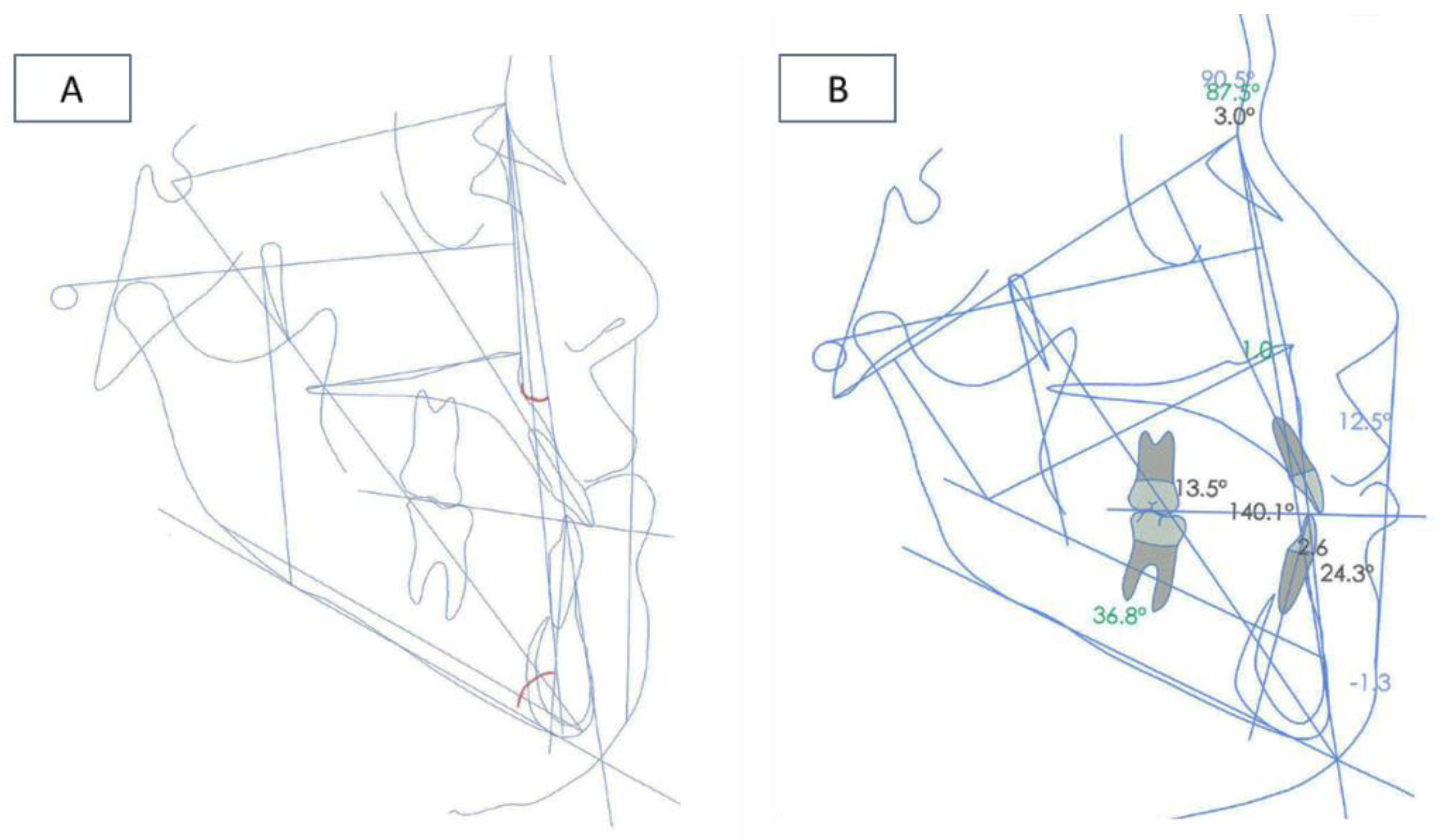 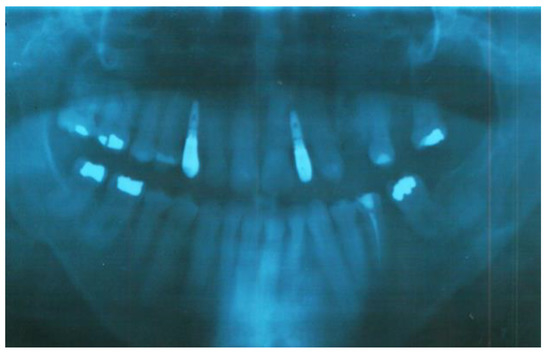 Table 2. Treatment plan of this case report.
Table 2. Treatment plan of this case report.
© 2019 by the authors. Licensee MDPI, Basel, Switzerland. This article is an open access article distributed under the terms and conditions of the Creative Commons Attribution (CC BY) license (http://creativecommons.org/licenses/by/4.0/).
We use cookies on our website to ensure you get the best experience. Read more about our cookies here.
Accept
We have just recently launched a new version of our website. Help us to further improve by taking part in this short 5 minute survey here. here.
Never show this again