Background: Air pollution has become an important factor restricting China’s economic development and has subsequently brought a series of social problems, including the impact of air pollution on the health of residents, which is a topical issue in China. Methods: Taking into account this spatial imbalance, the paper is based on the spatial panel data model PM2.5. Respiratory disease mortality in 31 Chinese provinces from 2004 to 2008 is taken as the main variable to study the spatial effect and impact of air quality and respiratory disease mortality on a large scale. Results: It was found that there is a spatial correlation between the mortality of respiratory diseases in Chinese provinces. The spatial correlation can be explained by the spatial effect of PM2.5 pollutions in the control of other variables. Conclusions: Compared with the traditional non-spatial model, the spatial model is better for describing the spatial relationship between variables, ensuring the conclusions are scientific and can measure the spatial effect between variables. View Full-Text
Keywords: air quality; PM2.5; spatial data; mortality; China air quality; PM2.5; spatial data; mortality; China
►▼ Show Figures 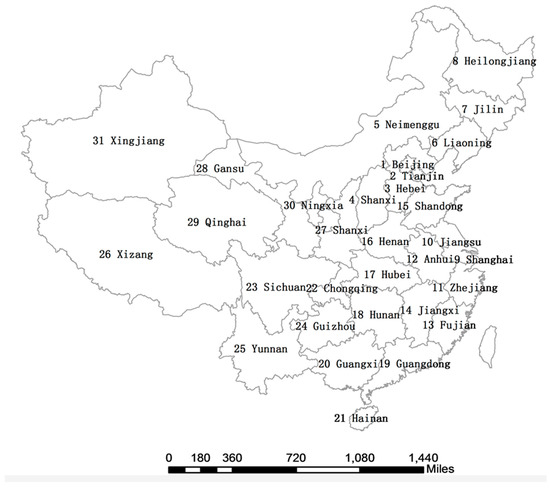