Burden of Mortality and Disease Attributable to Multiple Air Pollutants in Warsaw, Poland

Air pollution is a significant public health issue all over the world, especially in urban areas where a large number of inhabitants are affected. In this study, we quantify the health burden due to local air pollution for Warsaw, Poland. The health impact of the main air pollutants, PM, NOX, SO2, CO, C6H6, BaP and heavy metals is considered. The annual mean concentrations are predicted with the CALPUFF air quality modeling system using the year 2012 emission and meteorological data. The emission field comprises point, mobile and area sources. The exposure to these pollutants was estimated using population data with a spatial resolution of 0.5 × 0.5 km2. Changes in mortality and in disability-adjusted life-years (DALYs) were estimated with relative risk functions obtained from literature. It has been predicted that local emissions cause approximately 1600 attributable deaths and 29,000 DALYs per year. About 80% of the health burden was due to exposure to fine particulate matter (PM2.5). Mobile and area sources contributed 46% and 52% of total DALYs, respectively. When the inflow from outside was included, the burden nearly doubled to 51,000 DALYs. These results indicate that local decisions can potentially reduce associated negative health effects, but a national-level policy is required for reducing the strong environmental impact of PM emissions. View Full-Text
Keywords: air pollution; exposure; mortality; disability-adjusted life years (DALY); health impact assessment air pollution; exposure; mortality; disability-adjusted life years (DALY); health impact assessment
►▼ Show Figures 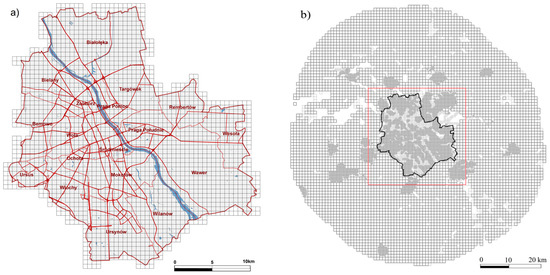