Standing Up for Learning: A Pilot Investigation on the Neurocognitive Benefits of Stand-Biased School Desks

Standing desks have proven to be effective and viable solutions to combat sedentary behavior among children during the school day in studies around the world. However, little is known regarding the potential of such interventions on cognitive outcomes in children over time. The purpose of this pilot study was to determine the neurocognitive benefits, i.e., improvements in executive functioning and working memory, of stand-biased desks and explore any associated changes in frontal brain function. 34 freshman high school students were recruited for neurocognitive testing at two time points during the school year: (1) in the fall semester and (2) in the spring semester (after 27.57 (1.63) weeks of continued exposure). Executive function and working memory was evaluated using a computerized neurocognitive test battery, and brain activation patterns of the prefrontal cortex were obtained using functional near infrared spectroscopy. Continued utilization of the stand-biased desks was associated with significant improvements in executive function and working memory capabilities. Changes in corresponding brain activation patterns were also observed. These findings provide the first preliminary evidence on the neurocognitive benefits of standing desks, which to date have focused largely on energy expenditure. Findings obtained here can drive future research with larger samples and multiple schools, with comparison groups that may in turn implicate the importance of stand-biased desks, as simple environmental changes in classrooms, on enhancing children’s cognitive functioning that drive their cognitive development and impact educational outcomes. View Full-Text
Keywords: sedentary behavior; physical activity; exercise; executive function; working memory; brain activity; fNIRS; PFC sedentary behavior; physical activity; exercise; executive function; working memory; brain activity; fNIRS; PFC
►▼ Show Figures 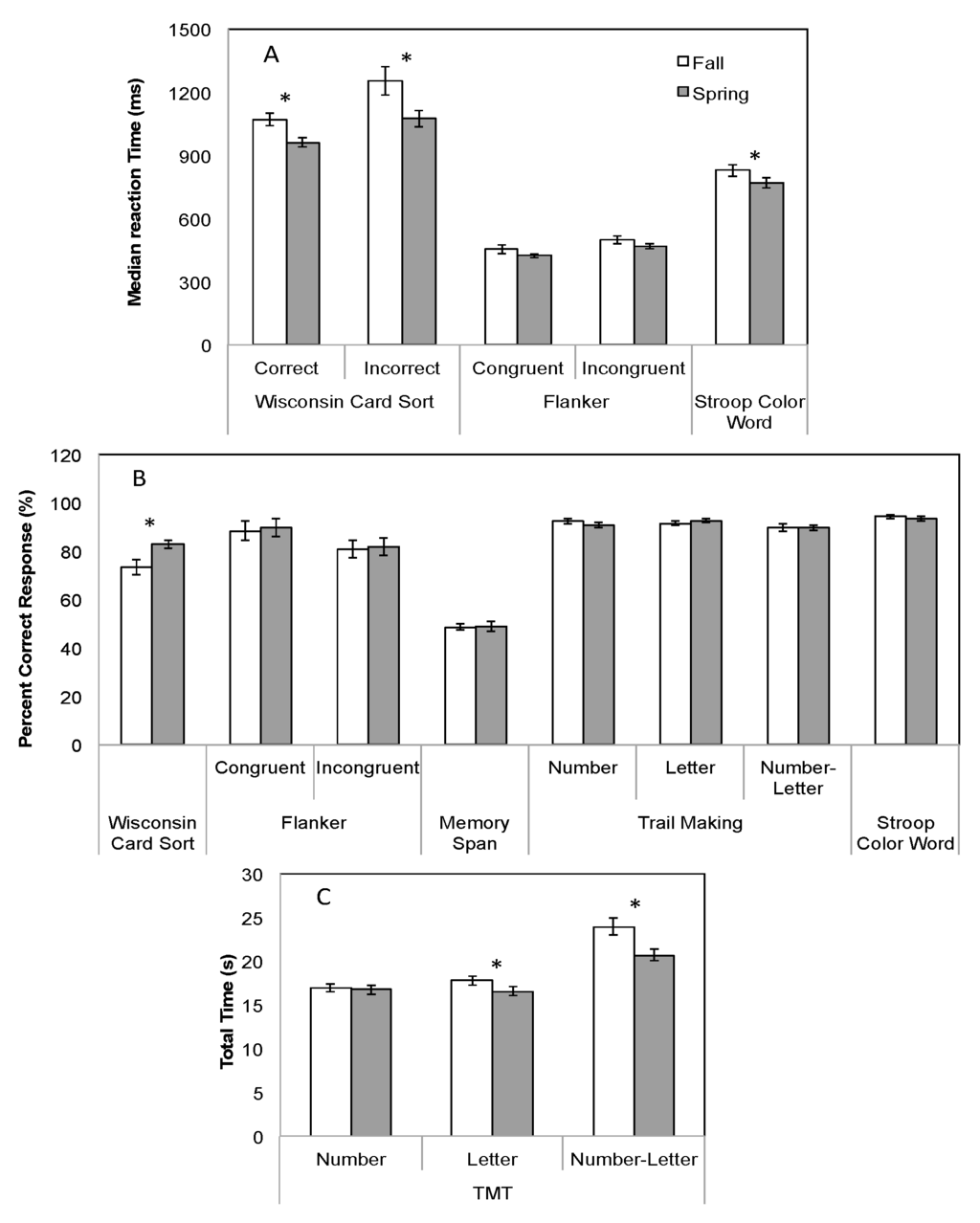 
Mehta RK, Shortz AE, Benden ME. Standing Up for Learning: A Pilot Investigation on the Neurocognitive Benefits of Stand-Biased School Desks. International Journal of Environmental Research and Public Health. 2016; 13(1):59.