Effects of Nitrogen Fertilizers on the Growth and Nitrate Content of Lettuce (Lactuca sativa L.)

This paper describes results from a systematic review and a series of meta-analyses of nearly three decades worth of epidemiologic research on the relationship between non-Hodgkin lymphoma (NHL) and occupational exposure to agricultural pesticide active ingredients and chemical groups. Estimates of associations of NHL with 21 pesticide chemical groups and 80 active ingredients were extracted from 44 papers, all of which reported results from analyses of studies conducted in high-income countries. Random effects meta-analyses showed that phenoxy herbicides, carbamate insecticides, organophosphorus insecticides and the active ingredient lindane, an organochlorine insecticide, were positively associated with NHL. In a handful of papers, associations between pesticides and NHL subtypes were reported; B cell lymphoma was positively associated with phenoxy herbicides and the organophosphorus herbicide glyphosate. Diffuse large B-cell lymphoma was positively associated with phenoxy herbicide exposure. Despite compelling evidence that NHL is associated with certain chemicals, this review indicates the need for investigations of a larger variety of pesticides in more geographic areas, especially in low- and middle-income countries, which, despite producing a large portion of the world’s agriculture, were missing in the literature that were reviewed. View Full-Text
Keywords: pesticides; insecticides; herbicides; fungicides; lymphoma; non-Hodgkin; occupational; agricultural pesticides; insecticides; herbicides; fungicides; lymphoma; non-Hodgkin; occupational; agricultural
►▼ Show Figures 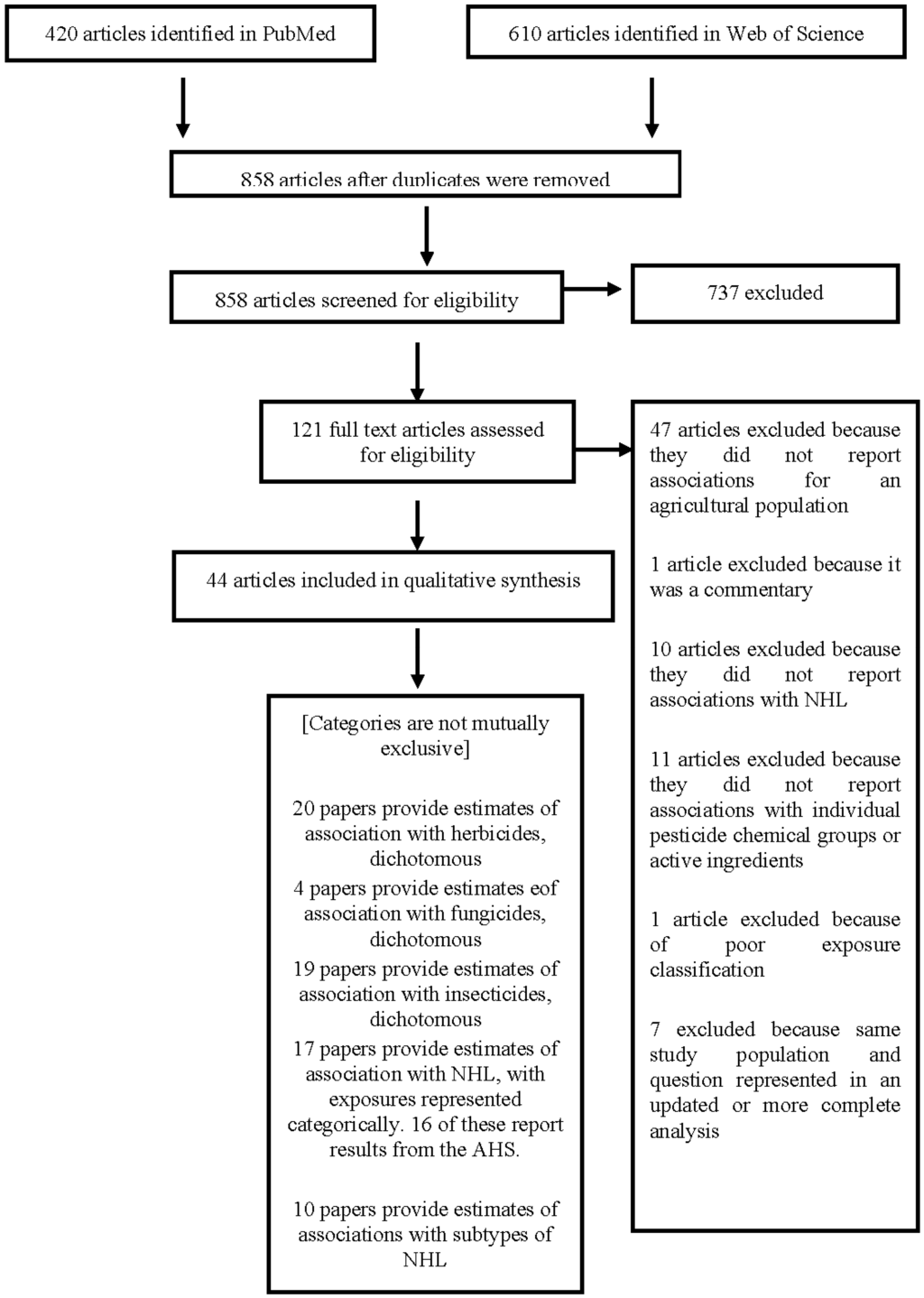