Background: With the influx of rural migrants into urban areas, the spread of HIV has increased significantly in Shaanxi Province (China). Migrant workers are at high risk of HIV infection due to social conditions and hardships (isolation, separation, marginalization, barriers to services, etc.). Objective: We explored the efficacy of a HIV/AIDS prevention and control program for rural migrants in Shaanxi Province, administered at both rural and urban sites. Methods: Guidance concerning HIV/AIDS prevention was given to the experimental group (266 migrants) for 1 year by the center of disease control, community health agencies and family planning department. The intervention was conducted according to the HIV/AIDS Prevention Management Manual for Rural Migrants. A control group of migrants only received general population intervention. The impact of the intervention was evaluated by administering HIV/AIDS knowledge, attitudes and sexual behavior (KAB) questionnaires after 6 and 12 months. Results: In the experimental group; 6 months of intervention achieved improvements in HIV/AIDS related knowledge. After 12 months; HIV/AIDS-related knowledge reached near maximal scores. Attitude and most behaviors scores were significantly improved. Moreover; the experimental group showed significant differences in HIV-AIDS knowledge; attitude and most behavior compared with the control group. Conclusions: The systematic long-term cross-site HIV/AIDS prevention in both rural and urban areas is a highly effective method to improve HIV/AIDS KAB among rural migrants. View Full-Text
Keywords: HIV/AIDS; cross-site joint prevention and control; rural migrants; China; knowledge attitude and behavior HIV/AIDS; cross-site joint prevention and control; rural migrants; China; knowledge attitude and behavior
►▼ Show Figures 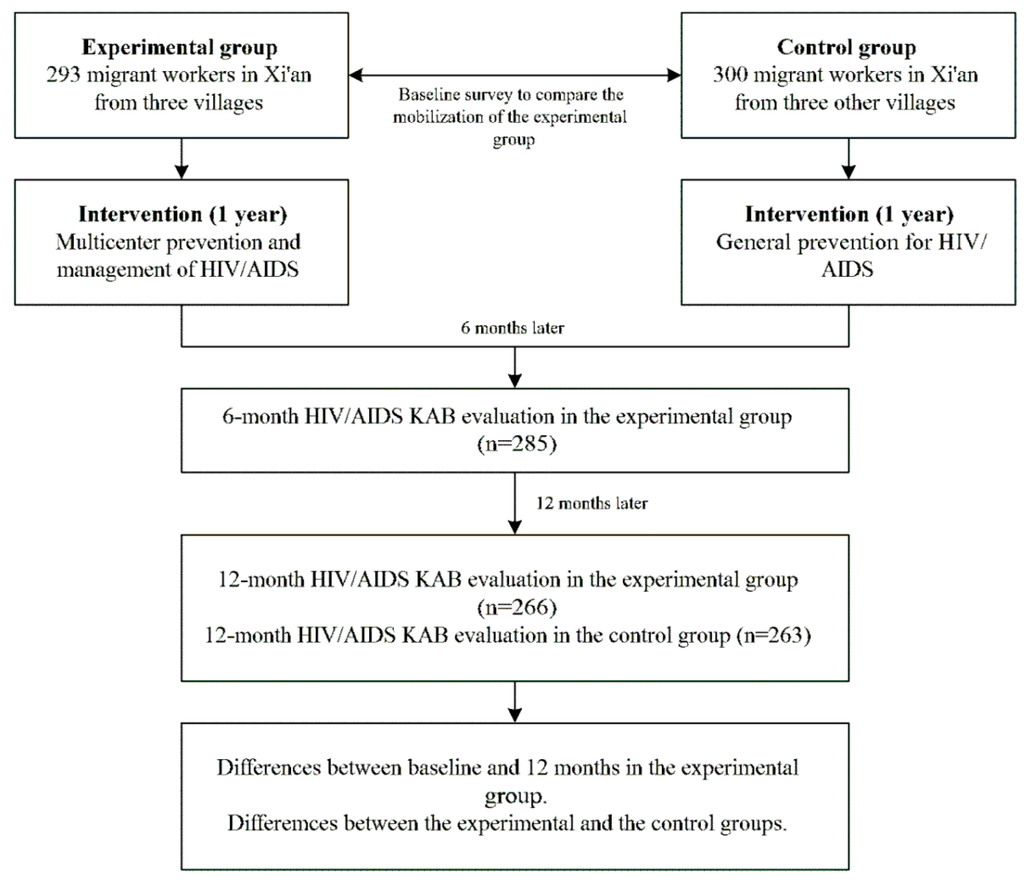