Marine Bioactives as Functional Food Ingredients: Potential to Reduce the Incidence of Chronic Diseases
Next Article in Special Issue

Plitidepsin Has a Safe Cardiac Profile: A Comprehensive Analysis

The study was conducted to investigate the promoted immune response to ovalbumin in mice by chitosan nanoparticles (CNP) and its toxicity. CNP did not cause any mortality or side effects when mice were administered subcutaneously twice with a dose of 1.5 mg at 7-day intervals. Institute of Cancer Research (ICR) mice were immunized subcutaneously with 25 µg ovalbumin (OVA) alone or with 25 µg OVA dissolved in saline containing Quil A (10 µg), chitosan (CS) (50 µg) or CNP (12.5, 50 or 200 µg) on days 1 and 15. Two weeks after the secondary immunization, serum OVA-specific antibody titers, splenocyte proliferation, natural killer (NK) cell activity, and production and mRNA expression of cytokines from splenocytes were measured. The serum OVA-specific IgG, IgG1, IgG2a, and IgG2b antibody titers and Con A-, LPS-, and OVA-induced splenocyte proliferation were significantly enhanced by CNP (P < 0.05) as compared with OVA and CS groups. CNP also significantly promoted the production of Th1 (IL-2 and IFN-γ) and Th2 (IL-10) cytokines and up-regulated the mRNA expression of IL-2, IFN-γ and IL-10 cytokines in splenocytes from the immunized mice compared with OVA and CS groups. Besides, CNP remarkably increased the killing activities of NK cells activity (P < 0.05). The results suggested that CNP had a strong potential to increase both cellular and humoral immune responses and elicited a balanced Th1/Th2 response, and that CNP may be a safe and efficacious adjuvant candidate suitable for a wide spectrum of prophylactic and therapeutic vaccines. View Full-Text
Keywords: chitosan nanoparticles; adjuvant; immune response; ovalbumin chitosan nanoparticles; adjuvant; immune response; ovalbumin
►▼ Show Figures 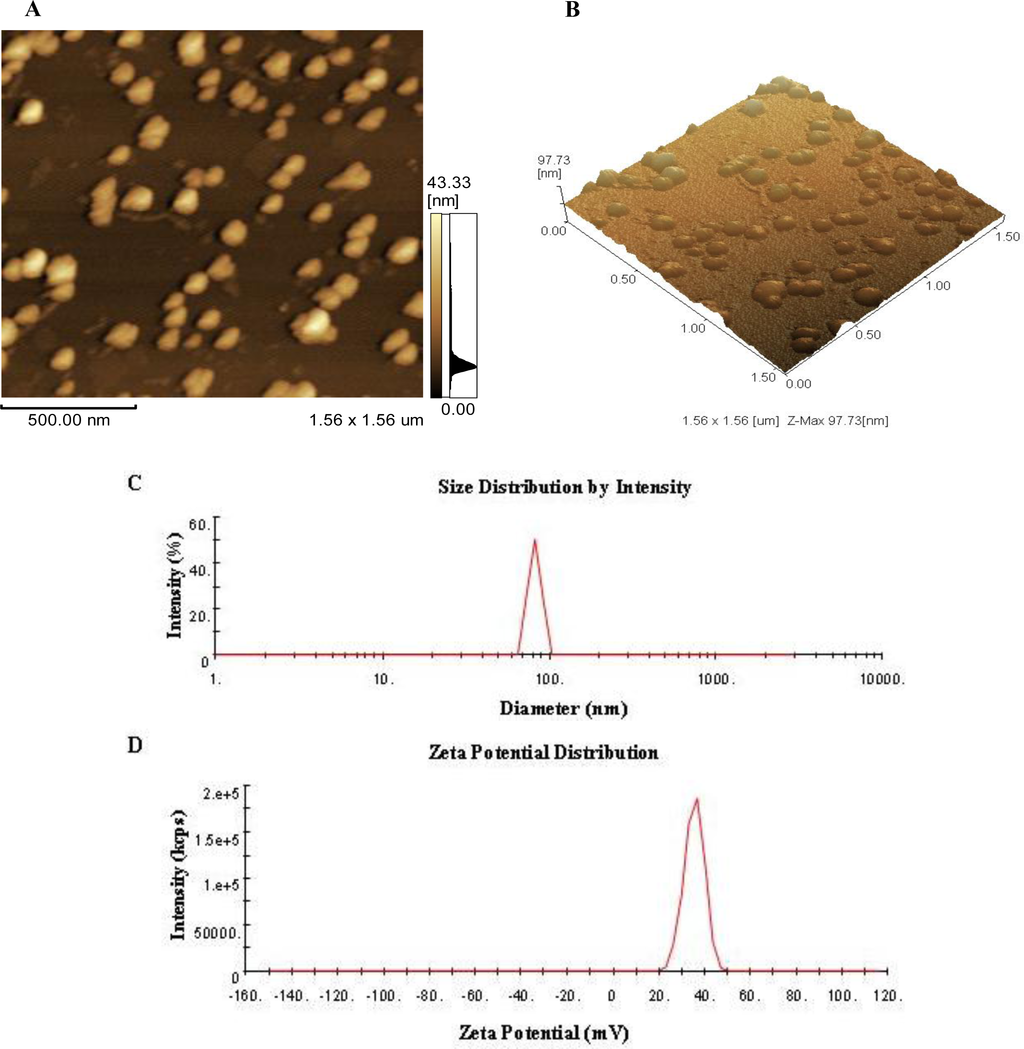