Thrombosis remains a prime reason of mortality worldwide. With the available antithrombotic drugs, bleeding remains the major downside of current treatments. This raises a clinical concern for all patients undergoing antithrombotic therapy. Novel antithrombotics from marine sources offer a promising therapeutic alternative to this pathology. However, for any potential new molecule to be introduced as a real alternative to existing drugs, the exhibition of comparable anticoagulant potential with minimal off-target effects must be achieved. The relevance of marine antithrombotics, particularly sulfated polysaccharides, is largely due to their unique mechanisms of action and lack of bleeding. There have been many investigations in the field and, in recent years, results have confirmed the role of potential marine molecules as alternative antithrombotics. Nonetheless, further clinical studies are required. This review covers the core of the data available so far regarding the science of marine molecules with potential medical applications to treat thrombosis. After a general discussion about the major biochemical steps involved in this pathology, we discuss the key structural and biomedical aspects of marine molecules of both low and high molecular weight endowed with antithrombotic/anticoagulant properties. View Full-Text
Keywords: alkaloids; anticoagulation; antithrombosis; fucosylated chondroitin sulfate; polyphenols; sulfated polysaccharides; terpenoids alkaloids; anticoagulation; antithrombosis; fucosylated chondroitin sulfate; polyphenols; sulfated polysaccharides; terpenoids
►▼ Show Figures 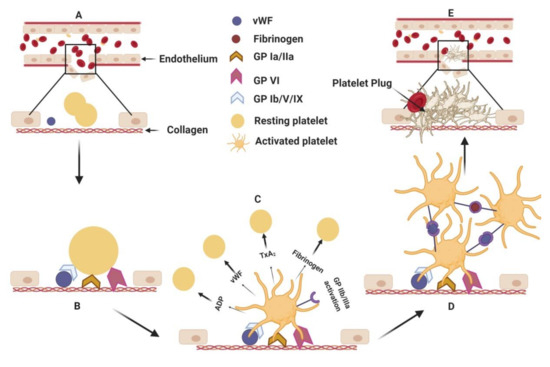