Hydrothermal systems in the deep ocean have been proposed to be among the most credible settings for the biological origins of life [1,2]. Indeed, such alkaline systems have been suggested as the source of the evolution of primordial metabolism [1,3]. The marine environment possesses a rich pool of bioactive ingredients with numerous purported health benefits [4]. Moreover, novel marine-based bioactive compounds might also augment human performance, especially in those who engage in physical activity [4]. Administration of deep ocean minerals (DOM) has previously demonstrated positive effects on exercise performance in animal [5,6] and human models [7,8,9]. For example, Hou et al. [7] reported that DOM extracted from 662 m below the ocean surface facilitated substantially quicker recovery from a prolonged bout of exercise at 30 °C, which induced 3% reduction in body mass of healthy males. More specifically, maximal oxygen uptake (V·O2MAX) increased by ~2% after 4 h compared to baseline with DOM, whilst it was reduced by ~11% with placebo. After 24 h, V·O2MAX increased by ~6% compared to baseline with DOM, whilst it was ~13% lower with placebo. The authors opined that specific elements in DOM, such as boron, magnesium and rubidium, were likely to have contributed to the observed ergogenic effects. Interestingly, using a similar protocol, Stasiule et al. [9] reported comparable differences in aerobic capacity of healthy females 4 h after supplementation with (deep) mineral water (DMW) extracted from a well at a depth of 689 m or placebo (purified tap water). Similarly, these authors also postulated that the minerals and trace elements that constituted DMW may have worked collaboratively to recover normal human performance [9].
Given the importance of optimising recovery for individuals who train/compete multiple times per day with limited time between bouts of exercise [10,11], and the fact that it is presently unknown whether DOM can improve high-intensity intermittent running capacity, which is integral to many team sports such as soccer [12], this study examined the effects of DOM on high-intensity intermittent running capacity in soccer players after short-term recovery from an initial bout of prolonged high-intensity exercise in thermoneutral environmental conditions. As such, the primary performance outcome measure for this study was high-intensity intermittent running endurance capacity with secondary outcomes including various metabolic (i.e., blood glucose and blood lactate), anthropometric (i.e., body mass), and physiological (i.e., urine osmolality) markers. We hypothesised that DOM would augment high-intensity intermittent running endurance capacity with other variables remaining similar between treatments.

After reading an information sheet about the proposed research, and subsequently providing written informed consent, nine healthy, nonelite male soccer players (age: 22 ± 1 y; stature: 181 ± 5 cm; body mass 80 ± 11 kg; mean weekly soccer-specific training time: 134 ± 64 min (range: 40 to 240); and mean nonsoccer-specific training time (e.g., gym/outdoor running): 37 ± 44 min (range: 0 to 90)) volunteered to participate in the study, which had received university ethical approval (reference: S2BR2016). The experimental cohort was recruited via opportunistic and convenience sampling. Participants were eligible if they were nonelite soccer-playing males who were healthy, free from injury, and were between 18 and 30 years of age.

Participants refrained from strenuous physical activity and alcohol for at least 24 h prior to exercise. Participants were also requested to keep a written record of their dietary intake 24 h before their first trial and to replicate this before all remaining trials. Participants were also asked to avoid consuming any dietary supplements that might influence exercise (e.g., caffeine) 24 h prior to each trial. Due to the extended washout period, participants were verbally screened for the use of beta-alanine and creatine monohydrate supplementation. No participant was excluded from the study due to prior ingestion of either.
On the first visit to the laboratory, the participant’s age, stature (cm), and body mass (kg) were recorded, with only body mass being recorded on subsequent visits. One hour prior to exercise, participants were asked to ingest 500 mL of tap water to ensure an adequate and consistent level of hydration status [36]. Hydration status was measured via urine osmolality (Pocket Refractometer, Atago, Tokyo, Japan) and adequate hydration was deemed as <600 mOsmol·Kg−1 [37]. If participants did not achieve this, they were required to slowly consume water during 15 min seated rest before being re-tested. If urine osmolality was found to be still >600 mOsmol·Kg−1, participants were excluded from the trial. Two participants required small amounts of water in addition to the 500 mL bolus, but all participants were found to be adequately hydrated before each trial. A heart rate (HR) monitor (FS3c, Polar, Finland) was subsequently attached. After 5 min seated rest, HR was recorded, and a finger prick capillary blood sample was taken and subsequently analysed for blood lactate (BLa) and blood glucose (BGl) concentrations (Biosen C_line, EKF Diagnostic, Magdeburg, Germany).

Assessment of V·O2PEAK was achieved using an incremental exercise test on a motorised treadmill (Mercury S, Woodway, Waukesha, WI, USA). After completing an initial 5 min warm up at 8 km h−1, participants commenced running at 9 km h−1 for 3 min. Incremental increases of 1 km h−1 were applied every three minutes until volitional exhaustion. At the end of each stage, and upon completion of exercise, HR was telemetrically recorded, and ratings of perceived exertion (6–20; [38]) were collected. Expired breath-by-breath gas (Cortex, Metalyser II, Leipzig, Germany) was recorded throughout the test and subsequently analysed for oxygen consumption (V·O2) and the respiratory exchange ratio (RER) over the last 60 s of rest and the last 30 s of exercise.

Experimental trials were identical to familiarisation trials with one exception. During recovery, participants were provided with 1.38 ± 0.51 L of either deep ocean mineral water (DOM; PDO Biotech, Taiwan) or a taste-matched placebo (Table 6). Treatments were administered double-blind.

Data were analysed using IBM SPSS (v24, IBM Corp, Armonk, NY, USA). For all data, normality (via Shapiro–Wilk’s test) and homogeneity of variance/sphericity (via Mauchly’s test) were checked prior to choosing the appropriate statistical tests. With the exception of the exercise capacity data (Wilcoxon Signed Ranks Test), a number of two-way (treatment, time) repeated measure ANOVAs were subsequently conducted. If sphericity was violated, degrees of freedom were corrected using Greenhouse-Geisser values, and Bonferroni adjusted pairwise comparisons were applied. Additionally, Tukeys’ HSD post hoc analysis was undertaken for interactions by calculating the difference required between means for a minimum level of P = 0.05 [42]. Data were analysed and quantified using effect sizes (ESs) and P values (P ≤ 0.05). For ANOVA main effects and interactions, the ES was reported as the partial η2 (Pη2). Otherwise, for normally distributed data, the ES (d) was calculated using the difference in means divided by the pooled standard deviation (SD) of the compared values [43] with 95% confidence intervals (CI) reported and adjusted for bias [44,45]. For non-normally distributed data, the ES (r) was calculated as Z/√ n [46]. Unless otherwise stated, data were presented as mean ± SD.

M.F.H. conceptualised the study; M.F.H. and B.R. designed the study; B.R. collected the data; M.F.H. completed the statistical analysis and wrote the manuscript; M.F.H., C.-H.K., and B.R. carried out critical revision of the manuscript for important intellectual content.

No external funding was received to carry out this research.

The authors are very grateful for the technical support provided by Ceri Heldreich and Kyle Farley.

The authors declare no conflict of interest. Pacific Deep Ocean Biotech (PDOB) funded the open access publication charge. However, PDOB provided no further funding and played no role in the study design, collection, analysis, and interpretation of data, writing of the report, or the decision to submit the report for publication. The authors had full access to all of the data and take complete responsibility for the integrity of the data and the accuracy of the data analysis. 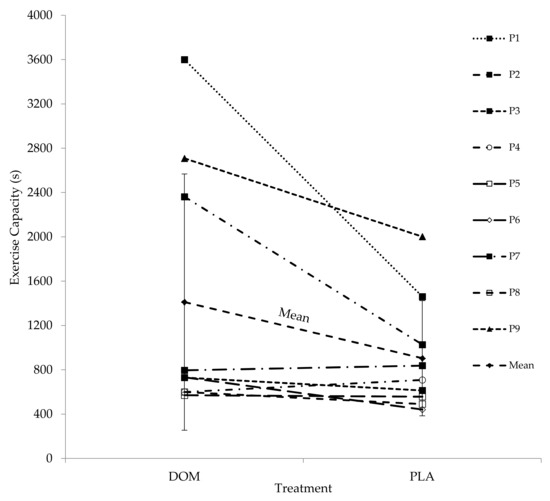 Note: Diluted = Undiluted × 0.4%; Overall hardness of DOM = 704.
© 2019 by the authors. Licensee MDPI, Basel, Switzerland. This article is an open access article distributed under the terms and conditions of the Creative Commons Attribution (CC BY) license (http://creativecommons.org/licenses/by/4.0/).
We use cookies on our website to ensure you get the best experience. Read more about our cookies here.
Accept
We have just recently launched a new version of our website. Help us to further improve by taking part in this short 5 minute survey here. here.
Never show this again