Actual Weight, Perceived Weight and Desired Weight of Romanian School Children by Parents and Children
Next Article in Special Issue

Age-Dependent Patient and Trauma Characteristics and Hospital Resource Requirements—Can Improvement Be Made? An Analysis from the German Trauma Registry

Background and objectives: The burden of geriatric trauma patients continues to rise in Western society. Injury patterns and outcomes differ from those seen in younger adults. Getting a better understanding of these differences helps medical staff to provide a better care for the elderly. The aim of this study was to determine epidemiological differences between geriatric trauma patients and their younger counterparts. To do so, we used data of polytraumatized patients from the TraumaRegister DGU®. Materials and Methods: All adult patients that were admitted between 1 January 2013 and 31 December 2017 were included from the TraumaRegister DGU®. Patients aged 55 and above were defined as the elderly patient group. Patients aged 18–54 were included as control group. Patient and trauma characteristics, as well as treatment and outcome were compared between groups. Results: A total of 114,169 severely injured trauma patients were included, of whom 55,404 were considered as elderly patients and 58,765 younger patients were selected for group 2. Older patients were more likely to be admitted to a Level II or III trauma center. Older age was associated with a higher occurrence of low energy trauma and isolated traumatic brain injury. More restricted utilization of CT-imaging at admission was observed in older patients. While the mean Injury Severity Score (ISS) throughout the age groups stayed consistent, mortality rates increased with age: the overall mortality in young trauma patients was 7.0%, and a mortality rate of 40.2% was found in patients >90 years of age. Conclusions: This study shows that geriatric trauma patients are more frequently injured due to low energy trauma, and more often diagnosed with isolated craniocerebral injuries than younger patients. Furthermore, utilization of diagnostic tools as well as outcome differ between both groups. Given the aging society in Western Europe, upcoming studies should focus on the right application of resources and optimizing trauma care for the geriatric trauma patient. View Full-Text
Keywords: geriatric trauma; interdisciplinary; polytrauma; epidemiology geriatric trauma; interdisciplinary; polytrauma; epidemiology
►▼ Show Figures 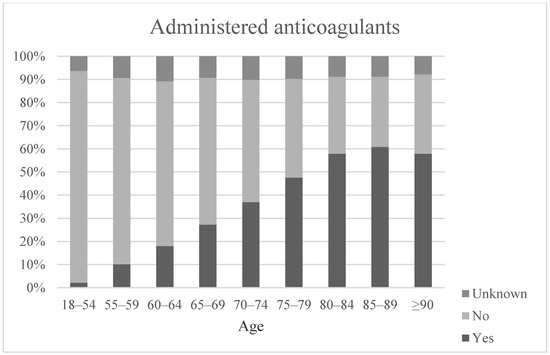