Therapeutic Potential of Interferon-γ and Its Antagonists in Autoinflammation: Lessons from Murine Models of Systemic Juvenile Idiopathic Arthritis and Macrophage Activation Syndrome

The Type I IFN-Induced miRNA, miR-21

The interferon (IFN) family of cytokines not only has antiviral properties at various steps in the viral replication cycle, but also anticancer activity through multiple pathways that include inhibiting cell proliferation, regulating cellular responses to inducers of apoptosis and modulating angiogenesis and the immune system. IFNs are known to induce their biological activity through the induction of protein encoding IFN-stimulated genes. However, recent studies have established that IFNs also induce the expression of microRNAs (miRNAs), which are small endogenous non-coding RNAs that suppress gene expression at the post-transcriptional level. MiRNAs play critical roles in tumorigenesis and have been implicated to act as either oncogenes or tumor suppressors in various human cancers. Therefore, IFN-induced miRNAs play an important role, not only in the host response to innate immune response to cancer, but also in the tumorigenic process itself. Furthermore, IFN-induced miRNAs may participate in and/or orchestrate antiviral defense in certain viral infections. In this review, we describe our recent studies on the induction of miR-21 by type I IFN, the role of the STAT3 and NFκB signaling pathways in IFN-induced miR-21 expression, the role of miR-21 in different cancers and the role of miR-21 in regulating the antiviral response. View Full-Text
Keywords: IFN; miRNAs; cancer; antiviral IFN; miRNAs; cancer; antiviral
►▼ Show Figures 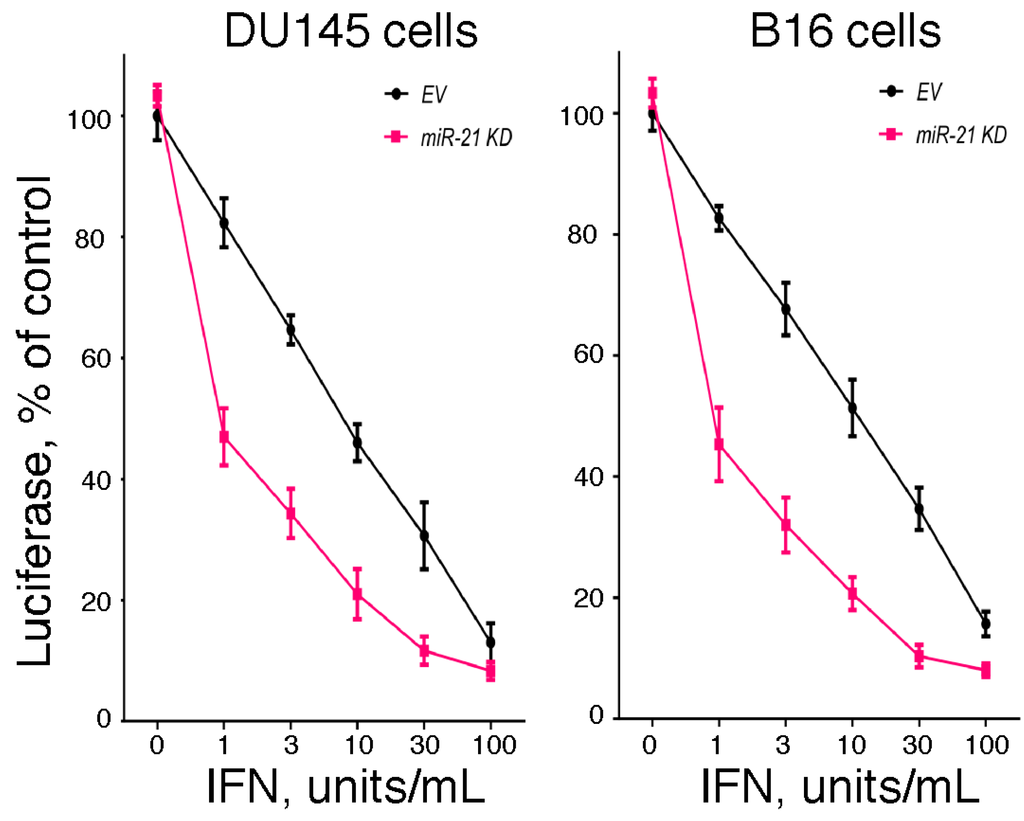