We summarize the results of the best-known attack on Midori-64 in Table 1. Li et al. [31] used six distinguishers to analyze the security of Midori-64. Among them, the hamming weight (HW) distinguisher provides the most effective fault analysis. However, the method can only analyze a random-nibble fault in the 15th round, and the number of fault injections is high. Cheng et al. [15] injected a random-nibble fault into the data register. By analyzing the differential fault propagation path of Midori, they found four invariant fault differential patterns. By analyzing these patterns to estimate the location where the fault was injected, they obtained the secret key. However, Cheng et al. [15] were only able to recover 80% of the secret key, and they did not discuss multiple fault injections. Our proposed method can be used not only analyze multiple random faults but also requires fewer fault injections. At least 11 fault injections are required to obtain the secret key. At present, the problem of multiple faults in data registers has been ignored by researchers. Analyzing the propagation of multiple fault differentials and using the combination of impossible fault attacks and differential fault attacks to improve the security of the lightweight cryptosystem in the case of multiple faults were the motivations of this study.
The rest of this article is divided into the following sections. In Section 2, we briefly describe Midori. In Section 3, we propose a random multiple fault attack model. In Section 4, we provide a detailed calculation for the model. In Section 5, we describe the experimental results. In the last section, we conclude this paper.

2. Specifications of Midori and Symbol Description

Midori is an energy-optimized, lightweight cryptosystem that can be used in resource-constrained circuits. Midori-64 and Midori-128 are two cryptosystems with 16 and 20 rounds, respectively. The round function of Midori is KeyAdd, SubCell (SB), ShuffleCell (SC), MixColumn (MC) and Round Constants (RC) in sequence, as shown in Figure 2.

(1)
The KeyAdd operation uses the XOR operator with the key. The key of the first round and the last round is the key whitening operation. From the 2nd to the 15th round, and alternately XORed with the round function in the cryptosystem.
(2)
SubCell transform is the only non-linear operation. SubCell operation minimizes the bit flip between input and output. Forward and inverse S-boxes are the same mathematical form.
(3)
ShuffleCell rearranges the cell position in a fixed order.
(4)
The MixColumn and inverse MixColumn operations are multiplied by the following matrix:
(5)
Round Constants operation is XORed by the form of 4 × 4 binary matrices.

Space particle radiation, aging of electronics and electromagnetic interference can disturb the current inside a chip. Faults are classified into intentional injection faults and unintentional injection faults. Faults can also be classified as transient faults, permanent faults and persistent faults. Compared with persistent fault injection [20], transient fault injection causes less damage to the chip. Therefore, most of the fault attacks are transient fault attacks. Although the position of the internal bit flip is related to the accuracy of the fault injection tool, the faults mentioned above have more random faults in the actual fault injection and attackers do not know. The electromagnetic waves radiated by the probe can disturb the clock circuit and the surrounding registers. Data transmission and data exchange in the chip are clock synchronized. In data transmission, setup-time and hold-time must be stable. In the process of electromagnetic fault injection, clock stability rapidly decreases, so setup-time and hold-time deviate, as shown in Figure 3. The occurrence of random multiple faults is complicated and ubiquitous. In the process of actual fault attacks analysis, we encounter very complex problems.
A suitable attack model is important for security analysis. If a fault attack model cannot effectively analyze actual faults, the analysis of a cryptosystem will encounter many difficulties. At present, models for multiple fault attacks are lacking. Liao et al. [32] proposed a multiple fault attack model with no more than three bytes. Using matrix diagonals, Saha et al. [19] analyzed multiple byte faults, but with relatively few types of faults. To the best of our knowledge, no random multiple fault attack model against Midori has yet been proposed. From the perspective of engineering, in this paper, a general random multiple fault model is proposed. The random multiple fault analysis model can be applied to most of the random fault attacks and improve the security of lightweight cryptosystems in IoT networks.

This paper does not deal with the physical implementation of the attack. Fault attacks against Midori can be implemented based the following assumptions: An attacker is able to inject faults in the 14th round data register of Midori-64 and the number of the faults is no more than six. There is no fault injection in other memory elements of the crypto-hardware. After fault injection, the value of fault registers changes and the fault location is unknown. The attacker can obtain the correct and the faulty ciphertexts after each fault injection. The attacker does not need to know the correct plaintext, so this is a ciphertext-only attack. An attacker injects multiple random faults in the 14th round of cryptosystem. As can be seen from Figure 2, the fault injection is the same in SubCell, ShuffleCell, and Round Constants. Assuming an electromagnetic fault is injected, there are four to six nibble faults. Random faults in data registers are shown in Figure 4, Figure 5 and Figure 6. The black circle indicates the fault point. Figure 4, Figure 5 and Figure 6 describe the distributions of four to six faults. The faults in Figure 4, Figure 5 and Figure 6 indicate that the probability of fault occurrence of each position of the column is the same; there are zero-four faults in each column.

Figure 7 shows how faults propagate when random multiple faults are injected into the 14th round. The fault state in the dashed box can be replaced by any state in Figure 4, Figure 5 and Figure 6. According to the fault injection assumption mentioned above, the number of random faults in each column of the , and is 0 to 4. To successfully implement random multiple fault attacks, we explain the two problems.

The analysis of the multiple differential fault path is shown in Figure 7. We perform the inverse operation through the inverse output differential of the 16th round S-box.
By observing the Figure 7, we obtain the following differential equations:
We can further obtain Equations (5)–(8) by expanding Equation (4). where j = 1 and .
The relationship between and is shown in Table 2.
For the differential characteristics of the inverse S-box, as shown in Table 3, one input difference corresponds to multiple output differences. However, in a fault attack, the plaintext and secret key are always the same; that is, we can uniquely determine and by the estimation of S-box outputs.
The adversary estimates are listed in Table 2. Predicting the locations of multiple faults is impossible due to the complexity of random multiple fault injection. When the differential faults propagate to , the adversary estimates the fault-free position of , using Equations (5)–(9). Invariant space is reduced by excluding non-zero nibbles in each column of . According to the explanations of Problems 1 and 2 above, when the adversary injects faults two or three times, the fault-free difference must exist in some columns of . After a fault attack, each column of candidate can be expressed by the Equations (10)–(12). According to Problems 1 and 2 discussed above, the attackers independently induce faults two or three times at the 14th round and take the union of , as shown in Equation (10). where , and represent the number of fault attacks and represents the number of unions. The attacker can obtain the set of estimated , as shown in Equations (11) and (12). where and are the number of intersections. The attacker injects faults repeatedly until the element in is unique. During fault attacks, the elements of the set may be an empty set for various reasons. When is empty, the attacker cancels and re-injects random faults. Therefore, the adversary will eventually obtain a unique by constantly injecting faults.
Then, can be obtained according to the following formula:
According to the key schedule of Midori, the adversary makes further derivations to obtain . The equations are shown in Equations (15) to (19).
With the method proposed above, we do not need to inject the fault again; the unique can be recovered by the same fault attack data.
can be obtained using Equation (19). 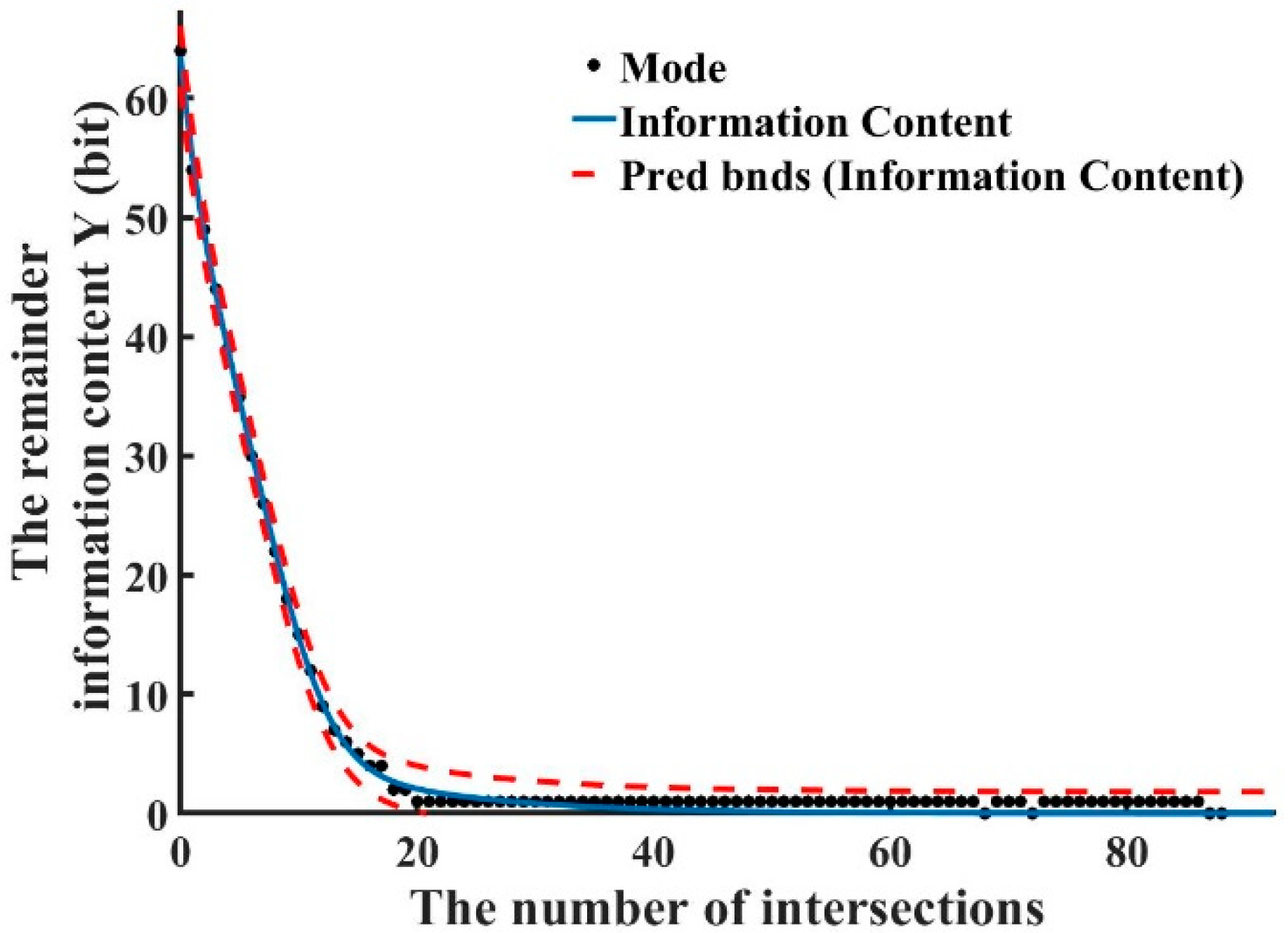 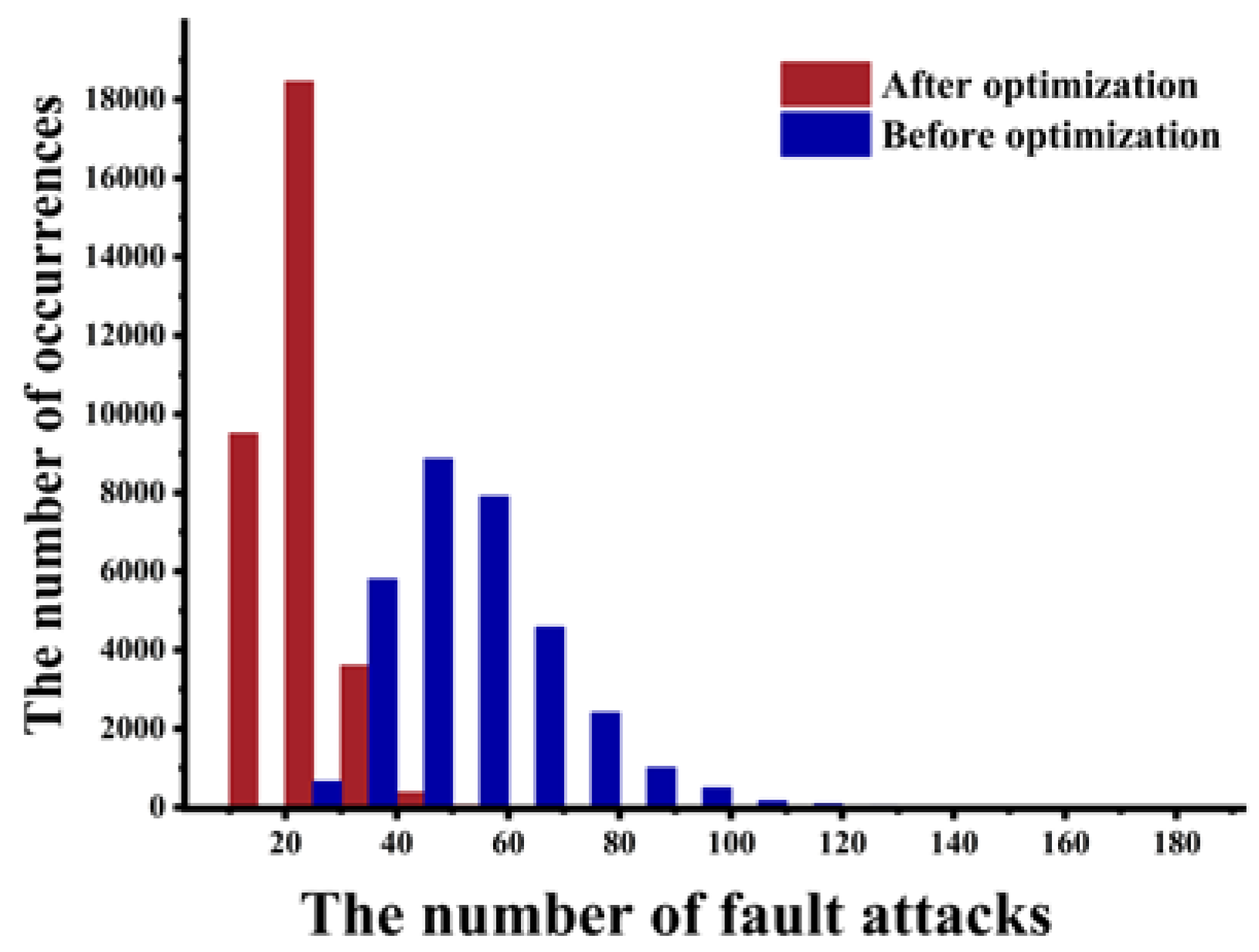 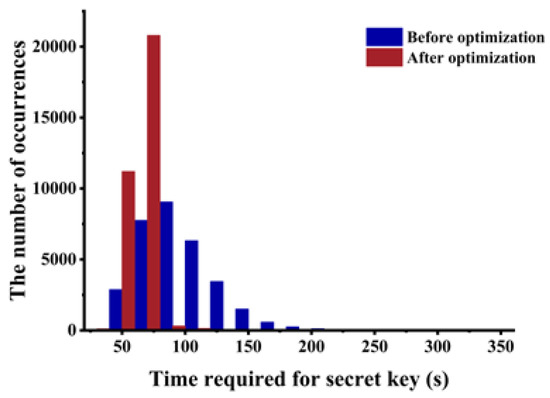 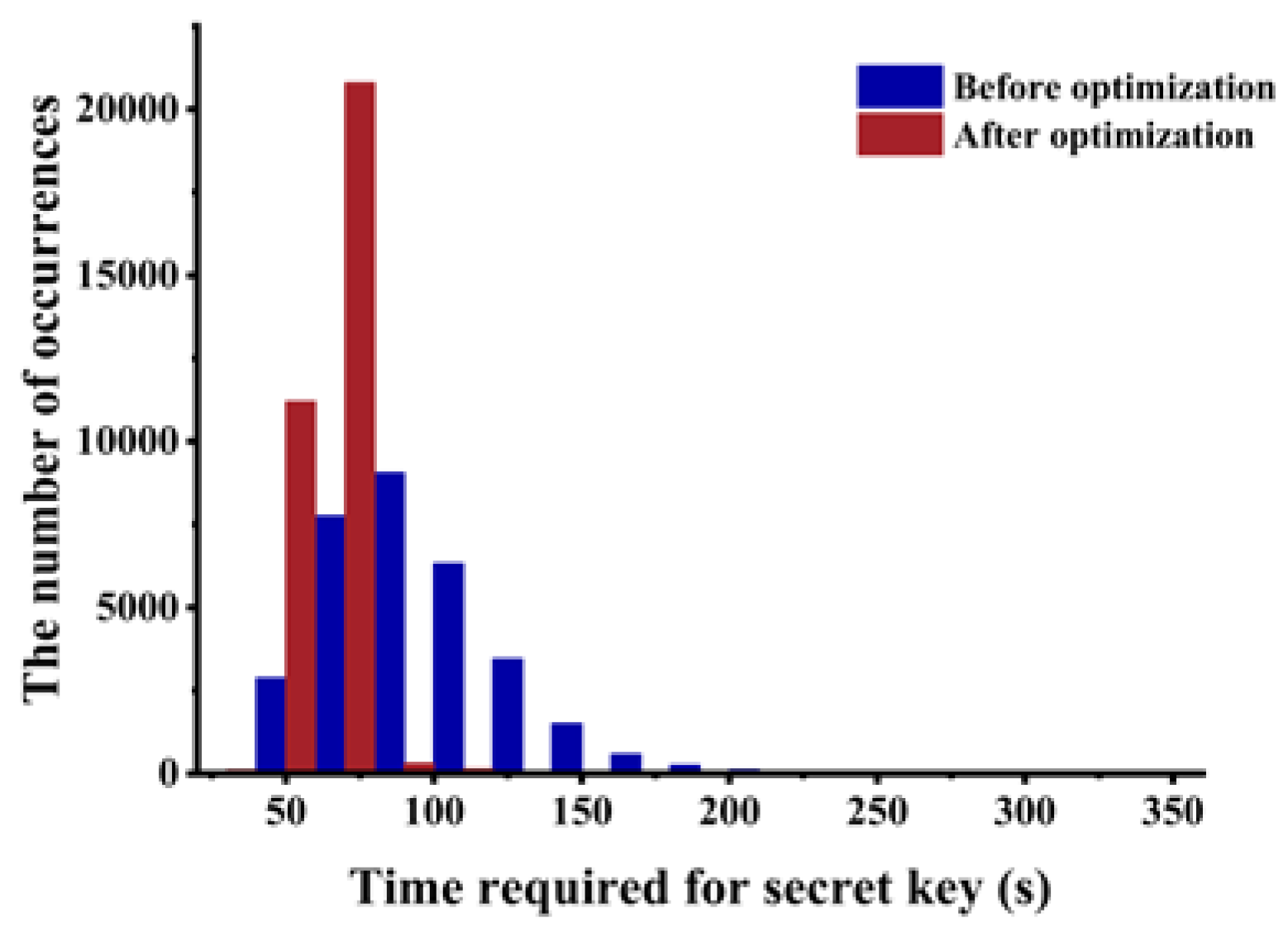 Table 3. Difference distribution of Midori inverse S-box.
Table 3. Difference distribution of Midori inverse S-box.
and represent inverse input and output difference, respectively.
© 2020 by the authors. Licensee MDPI, Basel, Switzerland. This article is an open access article distributed under the terms and conditions of the Creative Commons Attribution (CC BY) license (http://creativecommons.org/licenses/by/4.0/).
We use cookies on our website to ensure you get the best experience. Read more about our cookies here.
Accept
We have just recently launched a new version of our website. Help us to further improve by taking part in this short 5 minute survey here. here.
Never show this again