Love wave sensors with silver-modified polypyrrole nanoparticles are developed in this work. These systems prove functional at room temperature with enhanced response, sensitivity and response time, as compared to other state-of-the-art surface acoustic wave (SAW) sensors, towards volatile organic compounds (VOCs). Results demonstrate the monitoring of hundreds of ppb of compounds such as acetone, ethanol and toluene with low estimated limits of detection (~3 ppb for acetone). These results are attributed to the use of silver-modified polypyrrole as a second guiding/sensitive layer in the Love wave sensor structure, which provides further chemically active sites for the gas-solid interactions. The sensing of low VOCs concentrations by micro sensing elements as those presented here could be beneficial in future systems for air quality control, food quality control or disease diagnosis via exhaled breath as the limits of detection obtained are within those required in these applications.
Keywords: polypyrrole; gas sensors; love wave sensors; volatile organic compounds polypyrrole; gas sensors; love wave sensors; volatile organic compounds

Volatile organic compounds (VOCs) are low-molecular-weight organic compounds and most of them are categorized as harmful substances which may have a short term and/or long term negative impact on the environment (e.g., creation of tropospheric ozone) and on health (e.g., allergic reactions, asthma, damage of central nervous system, cancer, etc.) [1]. Hence, currently, there is an increased need of VOCs monitoring for outdoor and indoor air quality control (e.g., VOCs emission from industrial processes, traffic activity, waste treatment and disposal, tobacco smoking, etc.), food quality analysis (e.g., VOCs linked to food spoilage) and health diagnosis (e.g., VOCs associated to disease biomarkers) [1,2,3,4,5]. Therefore, the sensitive and selective detection of low VOCs concentrations using simple and low-cost sensors may have a significant effect on quality of life.
Surface acoustic wave (SAW) sensors have attracted great attention thanks to their sensitivity, low limits of detection (LOD), room temperature operation, low power consumption, relatively simple architecture, small dimensions and ability to work in wireless mode [6]. Moreover, previous literature on SAW sensors states the feasibility to sense gases and vapors by using sensitive materials such as semiconducting metal oxides [7], polymers [8], graphene oxide [9] and carbon nanotubes [10]. Apart from the competing advantages of those sensing materials, polymers-based SAW structures demonstrated improved performance in gas sensing, owing to their low density and shear velocity. Additionally, polymers also have high sensitivity at room temperature (as opposed to semiconducting metal oxides) and report good cost-effectiveness (compared to carbon based materials) [6,11]. Among various types of SAW structures (e.g., Rayleigh, shear horizontal SAW, Love, leaky), those based on Love waves (L-SAW) have been identified to have high mass sensitivity, generally, due to the surface confinement of energy in the thin guiding layer, which makes the surface extremely sensitive to any perturbations [12].
Polypyrrole (PPy) and its sensing properties to VOCs have been investigated in the past typically by implementing this conductive polymer into chemo-resistive structures [13]. In contrast, the use of PPy in the field of SAW sensors and especially in L-SAW sensors has been rarely described in the literature, in which is found a significantly low amount of reports for L-SAW based PPy structures. Our recent studies, however, indicate that L-SAW sensors with multi-guiding layers containing gold modified PPy as a guiding and gas sensitive material can enhance to a higher degree the sensing performance at room temperature of this sensor as compared to other SAW or chemo-resistive structures with similar PPy modification [14].
In this context, this work explores further the use of L-SAW structures with second guiding/sensitive layers based on silver-modified polypyrrole (Ag/PPy). The work also evaluates the performance of these structures to various VOCs (including ethanol, acetone and toluene), as these vapors are of interest in multiple applications, such as human breath analyzers, food quality analyzers and/or environment monitoring equipment.

The fabrication process of the L-SAW platforms was adopted from our previous works [14,15]. Briefly, the two interdigital transducers (IDTs) ports (input and output) were patterned on the surface of a piezoelectric substrate (ST-90°X quartz). Each port of the IDTs consisted of 75 pairs of double-electrode type aluminium electrodes with a periodicity of 28 μm. The delay line and IDTs aperture were set to 2.1 mm. In this work, a multi-guiding layer structure, in which the first guiding layer consisted of SiO2 (3 μm thick) and the second guiding layer of a gas sensitive conductive polymer, was employed. The second guiding and gas sensitive layer was formed from either PPy or Ag/PPy nanoparticles (NPs). To integrate the gas sensitive material over the L-SAW platform, both PPy and Ag/PPy were spin coated at a velocity of 2500 rpm. To control the reproducibility of the sensing layer, the L-SAW substrates were placed into a customized holder built to keep the substrates in a fixed and aligned position during the coating process.
PPy NPs were synthesized by an oxidative chemical polymerization as described in our previous work [14], whereas Ag NPs were synthesized by a chemical reduction of AgNO3 with NaBH4 using the conditions reported previously [16]. The Ag/PPy NPs solution consisted of a mixture of Ag NPs and PPy NPs in a volumetric ratio of 1:10 since we noticed previously that this relation of catalytic metal and polymer is adequate for both the uniform coating and the sensing properties [14]. The morphology and chemical composition of PPy and Ag NPs were investigated using a high-resolution transmission electron microscope (HR-TEM, FEI TITAN Themis 60–300 kV), Scanning Electron Microscope equipped with focus ion beam (FIB/SEM, Helios G4 NanoLab DualBeam™) and X-ray photoelectron spectroscopy (XPS, Kratos Axis Supra). The electrical characterization and measurements of the transmission scattering parameter (S21) were performed using a network analyser (Agilent 4395A). Figure 1 shows a schematic view of an L-SAW sensor and the two gas sensitive materials deposited by spin coating.

Gas sensing tests of the L-SAW sensors (based on PPy and Ag/PPy) were carried out simultaneously in a continuous flow system equipped with mass flow controllers and calibrated gas cylinders of acetone (Praxair, 100 ppm), ethanol (Praxair, 100 ppm) and toluene (Praxair, 200 ppm), as described in our previous work [17]. The sensors were tested towards these gases in a concentration range from 0.5 to 5 ppm, both in dry and humid environments with 10% and 30% relative humidity (RH). The sensors were exposed to each analyte for 2 min and purified with dry or humid synthetic air for 10 min at a constant temperature of 24 °C. The moisture and temperature inside the gas chamber were monitored using a humidity/temperature sensor (SHT71, operating from 0 to 100% RH, accuracy of ±3% RH). The sensing test was performed over a 10 days period with a continuous operation of 10 h per day. The sensor response was measured using an electronic measurement system equipped with an amplifier, directional coupler and frequency counter [18]. The response (frequency shift) was defined as the difference in the resonant frequency produced by the exposure of the sensors to dry/humid air and the target analyte. The response time was defined as the time required to reach 90% of the total frequency shift value, whereas the recovery time was defined as the time required to return to 90% of the baseline frequency after the target gas was purged.

The morphology and chemical composition of the gas sensitive materials (i.e., PPy and Ag/PPy) were examined by TEM and XPS. TEM of the PPy NPs (Figure 2a) revealed spherical shaped particles with an average size of 44 ± 10 nm, calculated for a population of 100 particles. XPS displayed characteristic C 1s (Figure 2b) and N 1s (Figure 2c) core level spectra. The components in the C 1s spectrum centred at 284.4, 285.0, 286.3, 288.1 and 288.9 eV are ascribed to the binding energies of the C–C bonds of β atoms, the C–C bonds of α atoms and the C–N, C–O and C=O bonds of PPy, respectively. Similarly, the three components in the N 1 s spectrum correspond to the =N– (398.0 eV), –N–H (400.0 eV) and =N–H+ (402.3 eV) bonds of PPy. The presence of these components in the C 1s and N 1s core level spectra is consistent with our previous observations [19] and corroborates the synthesis of PPy.
The synthesis of crystalline Ag NPs was also corroborated by HR-TEM. Figure 2d displays the TEM images of the particles with mean diameter of approximately 17 ± 3 nm (calculated for a population of 30 particles) and lattice fringes with spacing of ~0.23 nm, consistent with the (111) planes of Ag face centered cubic phase (JCPDS number 04-0783) [20]. High-resolution XPS analysis of the Ag NPs (Figure 2e) revealed typical Ag 3d doublets separated by 6 eV. The deconvoluted Ag 3d doublet with a pair of components centered at 366.3 and 372.3 eV, and another pair centered at 367.4 and 373.2 eV indicates the presence of Ag+ and Ag0, respectively. This suggests the coexistence of silver oxide (Ag2O) and metallic silver (Ag), in accordance with previous observations [21].
Further SEM study of the PPy and Ag/PPy NPs guiding/sensitive layers after spin coating showed the integration of uniform sensing layers with a thickness of ~262 ± 10 nm on the L-SAW platforms. A typical cross section SEM image of the L-SAW sensors is displayed in Figure 2f.

3.2. Electrical Characterization of the L-SAW Sensors

This work reports the properties of non-modified and silver-modified PPy L-SAW sensors at room temperature for detection of ppb-levels of VOCs, including acetone, ethanol and toluene. The above results suggest that PPy functionalization using Ag NPs enhances the response, sensitivity and speed of L-SAW sensors to organic vapors, particularly to acetone (910 Hz/ppm). A moderate response to acetone was also registered by running the tests in humid conditions (10% and 30% RH) with the sensors detecting concentrations down to 1 ppm. Overall, these results demonstrated enhanced properties compared to other state-of-the-art SAW sensors, providing a technological solution for monitoring low concentrations of VOCs at room temperature.

This research was funded by the Czech Science Foundation (GAČR) via Grant No. 20-20123S, the Spanish Ministry of Economy and Competitiveness via projects TEC2015-74329-JIN-(AEI/FEDER, EU), and TEC2016-79898-C6-1-R (AEI/FEDER, EU) and by Universidad Nacional Autónoma de México via Grant DGAPA-UNAM-PAPIIT TA100118. The support of the “Ramón y Cajal” programme is also acknowledged. This research has made use of the infrastructures the Spanish ICTS Network MICRONANOFABS, partially supported by MINECO, and Czech CEITEC Nano Research Infrastructure, supported by MEYS (2016-2019).

This work has been supported in part by the Czech Science Foundation (GAČR) via Grant No. 20-20123S, the Spanish Ministry of Economy and Competitiveness via projects TEC2015-74329-JIN-(AEI/FEDER, EU), and TEC2016-79898-C6-1-R (AEI/FEDER, EU) and by Universidad Nacional Autónoma de México via Grant DGAPA-UNAM-PAPIIT TA100118. The support of the “Ramón y Cajal” programme is also acknowledged. This research has made use of the infrastructures the Spanish ICTS Network MICRONANOFABS, partially supported by MINECO, and Czech CEITEC Nano Research Infrastructure, supported by MEYS (2016-2019). 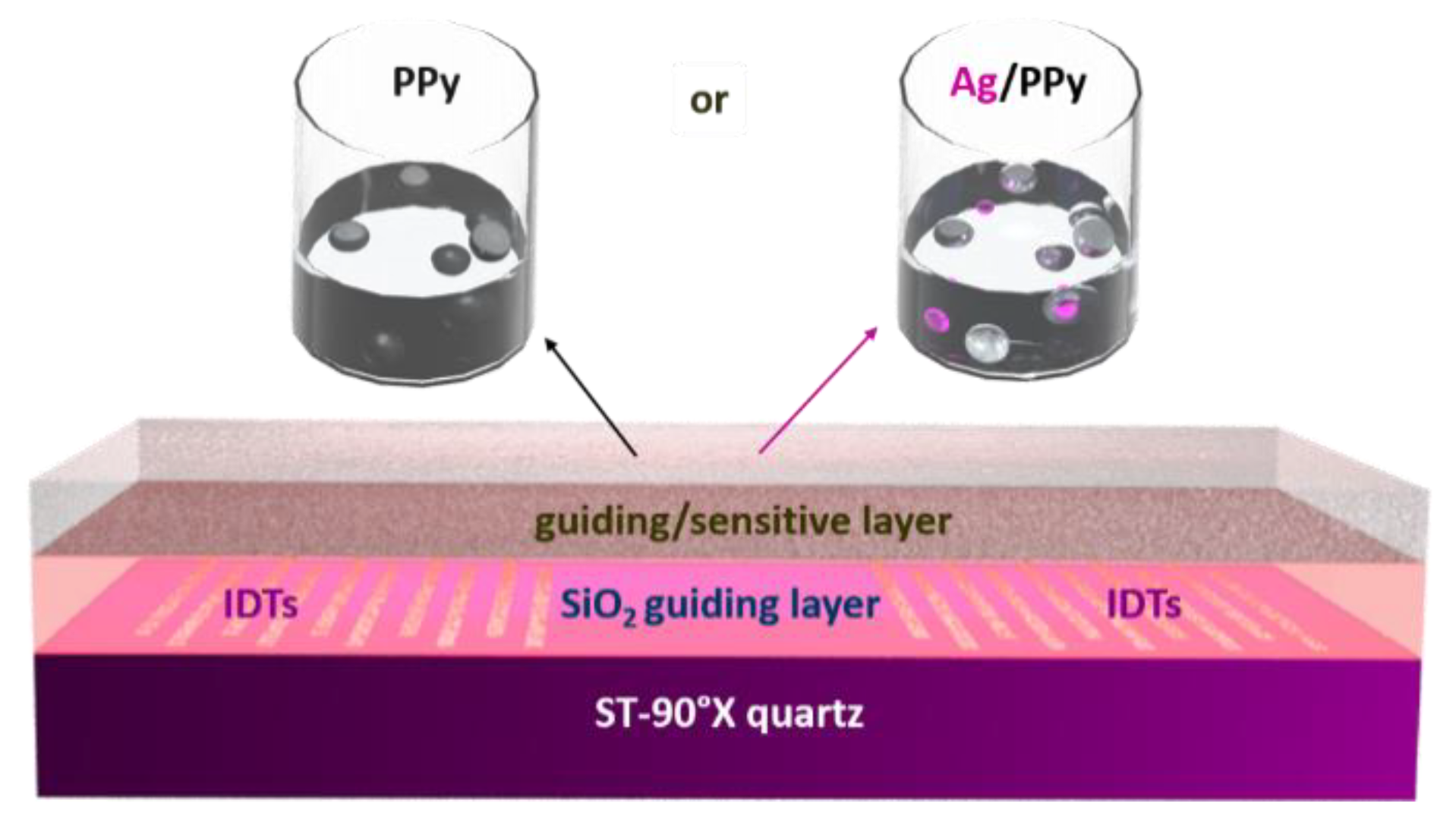 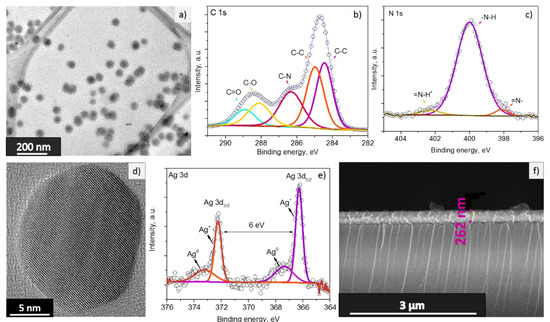 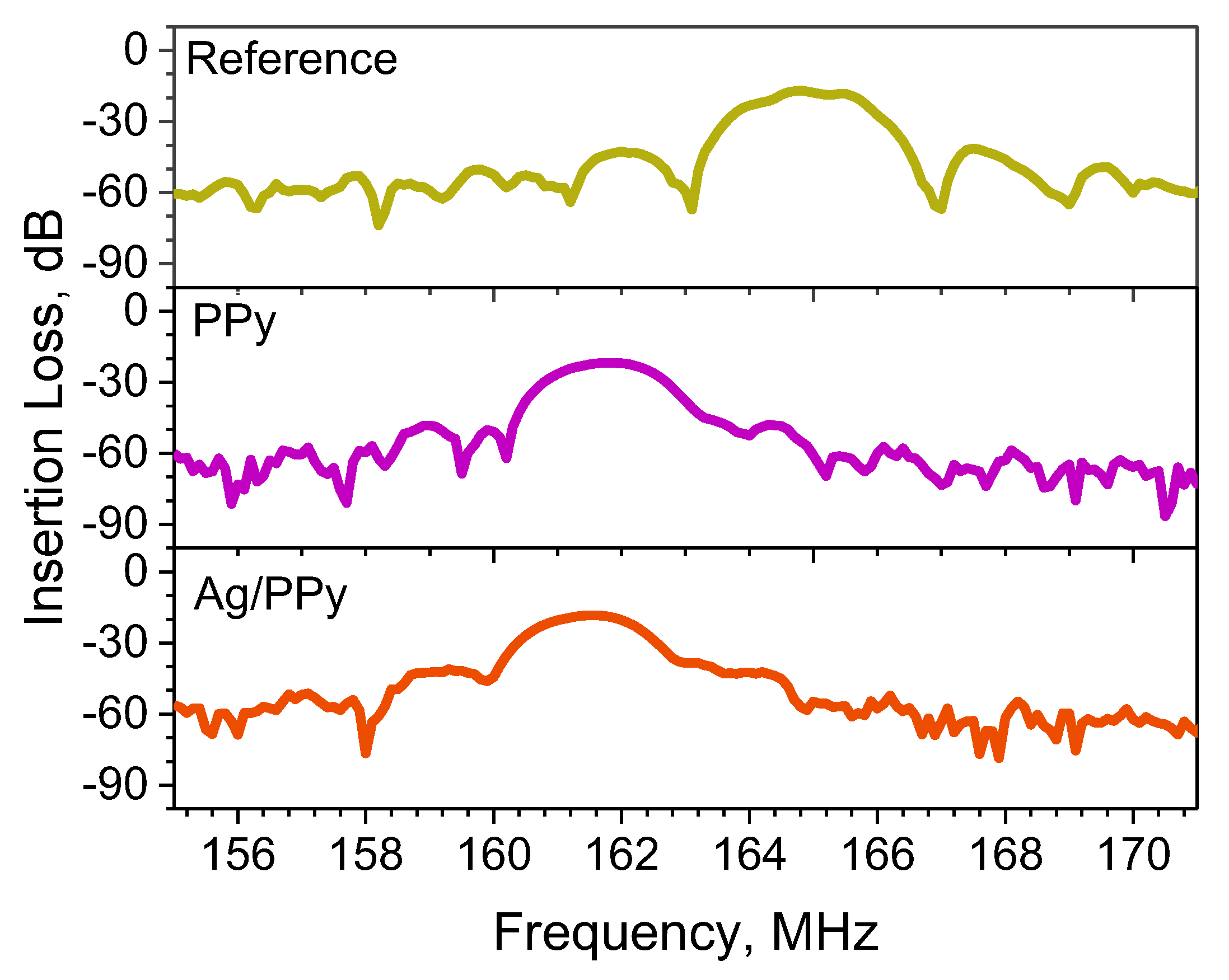 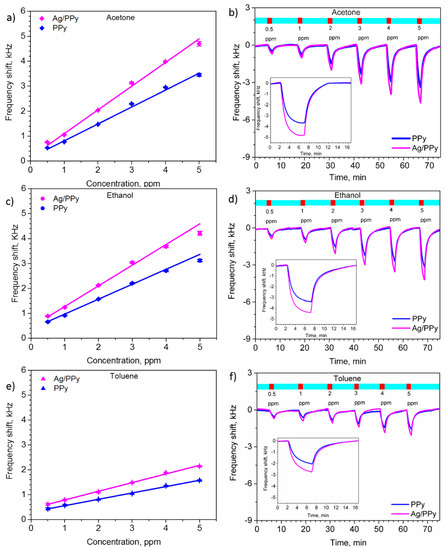 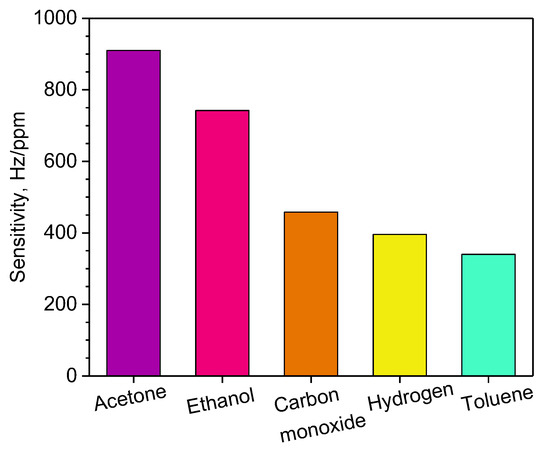 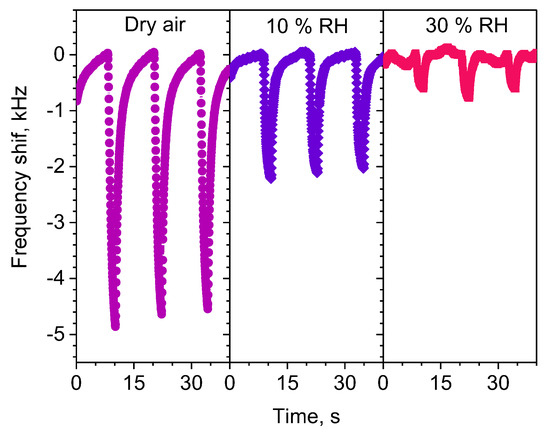 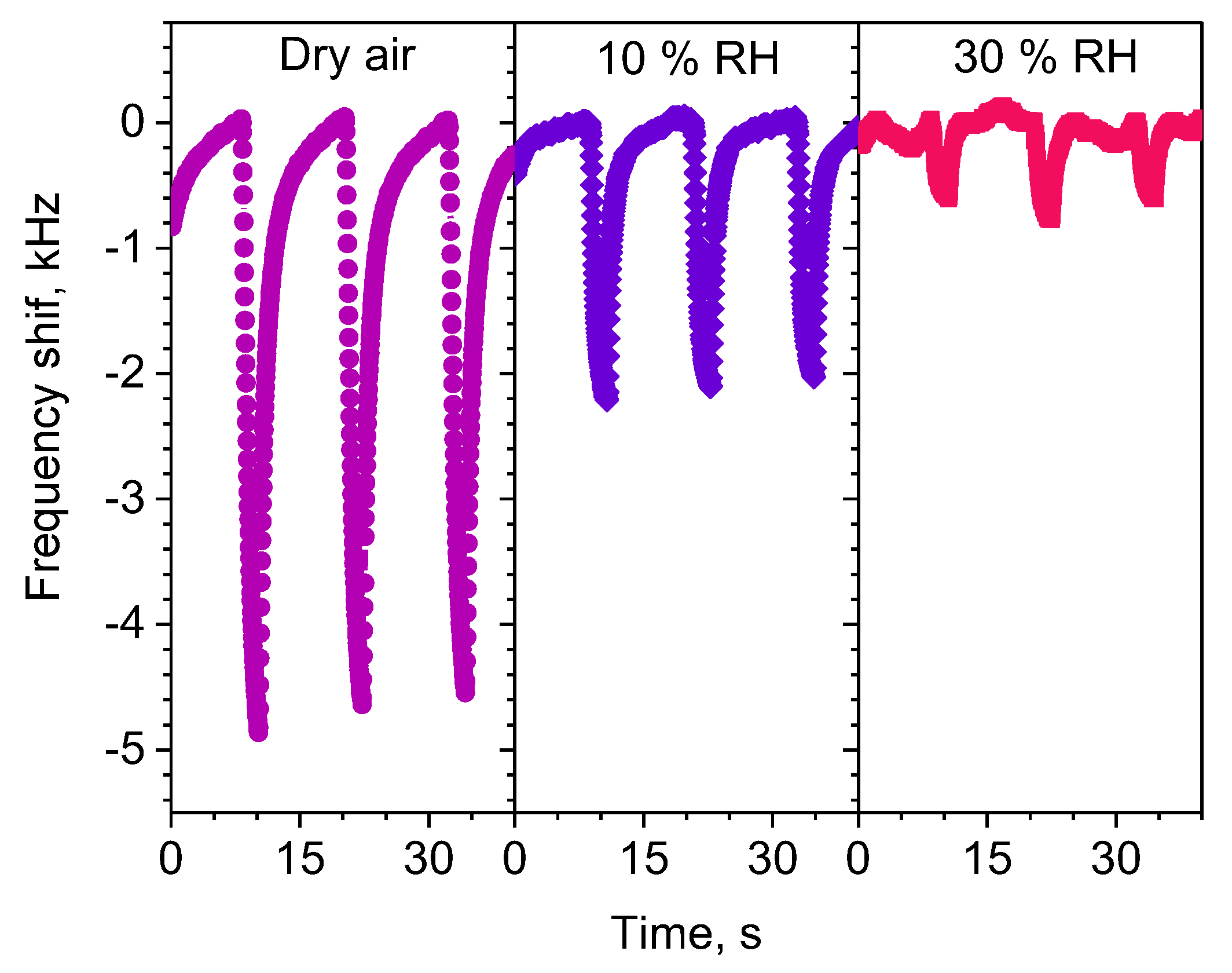