There have been significant recent developments in underground space engineering. Accordingly, the highly complex conditions of geological bodies have been reported, especially at the interfaces where different rock masses are in contact and are widely distributed in the crust of the Earth. In general, two or more rock masses are mutually embedded, which is referred to as a composite rocks formation [1,2]. There are significant differences between the physical and mechanical properties of different rock masses. When a tunnel or a roadway intersects a contact zone, the rock masses in contact undergo uncoordinated deformation, which generates shear stress, thus resulting in the shear failure of the rock masses [3,4,5]. Moreover, the findings of previous researches revealed that the roadway of a contact zone is subject to extensive shear failure due to uncoordinated deformation, which is a major safety hazard with respect to the normal operation of underground space engineering structures. The existing monitoring methods for the measurement of the macroscopic displacement changes cannot be employed to determine the shear failure process of composite rocks masses, characterize the extent of the damage, and issue timely warnings [6,7]. It is therefore necessary to conduct further research on the shear failure monitoring of composite rocks.
At present, studies have been conducted with respect to the stability evaluation of rocks [8,9] and rock failure monitoring [10,11,12]. With respect to rock failure monitoring, there are four main methods: (1) the monitoring of micro-seismic signals to conduct a preliminary analysis of the rock failure characteristics [13,14]; (2) the monitoring of acoustic emission signals to investigate the characteristics and surface degradation of soft rock, in addition to the development of a roughness damage model based on the acoustic emission time characteristics [15]; (3) the use of acoustic waves for the evaluation of the rock mass characteristics in the damaged area of the rock slope excavation [16]; and (4) the use of fiber Bragg grating (FBG) sensors for the monitoring of the surrounding rock stability of tunnels [17]. The above methods allow for the accurate monitoring of rock mass failure in various applications; however, dynamic monitoring methods with respect to the rock mass failure process require further investigation, especially the monitoring of the interfacial damage of composite rocks masses.
With similar properties to those of rocks, concrete materials, which are widely used in civil infrastructure as substitutes, are subject to significant deterioration due to adverse service conditions such as corrosion [18,19,20] and vibration [21,22]. To mitigate the deterioration of infrastructure, there have been significant developments with respect to structural health monitoring (SHM) [23,24,25,26,27,28] in recent decades, and piezoceramic materials have been widely applied for the SHM of concrete structures [29,30,31] due to their low cost, high sensitivity [32], rapid response [33,34], wide frequency range [35,36], and energy harvesting capacity [37,38,39], in addition to actuating and sensing capacities [40,41,42]. Song et al. developed a smart aggregate (SA), which was fabricated by the embedment of waterproof piezoceramic patches in small concrete or marble blocks [43,44], for the SHM of concrete structures. Smart aggregates can significantly increase the applicability of piezoceramic transducers to concrete structures [45,46,47,48]. Moreover, SAs can transmit and detect stress wave signals, and they have received extensive research attention for concrete structure applications with respect to early age hydration monitoring, impact detection, and crack monitoring [49,50]. Piezoceramic transducers can realize active sensing and electromechanical impedance (EMI) monitoring based on SHM [51,52,53,54]. Wu et al. successfully applied the EMI method and wave analysis method to the monitoring of soft interlayer landslides, and obtained reliable experimental results [55,56]. Based on the wavelet packet analysis method, Xu et al. conducted a study on piezoelectric active sensing for the detection of the interfacial de-bonding of concrete-filled steel tubes, and obtained reliable experimental results [57]. In general, piezoelectric active sensing is suitable for the monitoring of interfacial damage and bond slips [31,45,58].
In this study, the piezoelectric active sensing and wavelet packet analysis methods were used to conduct the interfacial shear failure monitoring of composite rock specimens, which were fabricated using two types of concrete materials with different strengths. In the fabricated composite specimens, two pairs of SAs were mounted symmetrically on both sides of the interface. An SA in each pair was used as a driver for the transmission of a frequency sweep signal through the interfaces between the different rocks. During the shear test, upon interfacial damage, signal attenuation occurred. The other SA was used as a sensor for the reception of signals. Wavelet packet analysis was then conducted for the computation of the received signal energy, and the failure process of the composite rocks were analyzed in accordance with a decrease in energy.
This manuscript is organized as follows. Section 1 introduces the research background. Section 2 presents the monitoring principle of the piezoceramic active sensing method, followed by a description of the experimental setup and procedures in Section 3. In Section 4, an analysis of the test results is presented; followed by the conclusions in Section 5, in addition to the scope of future research.

2. Aims of Research and Principle of Detection

As a unique type of piezoelectric ceramic material, lead zirconate titanate (PZT) is widely employed in the SMH field due to its significant piezoelectric effect. The fragility of PZT materials is usually encapsulated without changing its function in engineering testing to meet different operating conditions. Song et al. proposed an SA that was packaged by embedding PZT patches into marble or concrete blocks; and can be further embedded into a concrete structure for multiple-purpose monitoring [43,44,58]. Given that the piezoceramic patch demonstrates direct and inverse piezoelectric effects, the packaged SA can realize dual functions of the transmission and reception of stress wave signals. The SA used in this study was a multifunctional sensor based on piezoceramics, which is shown in Figure 1. The SA was packaged by sandwiching two PZT patches between a pair of cylindrical marble blocks with epoxy resin. Moreover, it had a diameter of 25 mm and height of 20 mm, as shown in Figure 2. The diameter and thickness of the PZT disk are 15 mm, and 0.3 mm, respectively, while the elastic modulus and density are 56 Gpa and 7500 kg/m3, respectively. A BNC connector with a cable provides the electric connection to the smart aggregate.

The wavelet packet analysis method, as a signal processing tool, was employed in this study to process and analyze the detected signal. The wavelet packet analysis facilitates the decomposition of the signal into different frequency bands with respect to the any time-frequency resolution, which has the characteristics of accurate subdivision and strong time-frequency localization [57]. Based on the wavelet packet analysis, an equation was established for the computation of the shear failure damage index of rock, to quantitatively represent the relative loss value of the transmitted signal energy during the shear failure development of the rock.
Under the assumption that the signal detected by the sensor is denoted by V; the n-level wavelet decomposition is used to decompose the signal into a 2n signal, which can be denoted as . Moreover, represents the monitoring signals after decomposition, which can be expressed as follows:
In this equation, m is the number of the specimen data-points, and j is the number of frequency bands ().
The energy of each decomposition signal is defined as:
The energy vector of the signal during the i-th monitoring is obtained by the following equation:
The root mean square deviation (RMSD) is used to compute the shear damage index of rock, i.e., the degree of rock shear damage at different instances in time. The indicator is defined by computing the RMSD between the initial state during the test and the energy vector of the signal detected during the subsequent state during the test. Based on the wavelet packet analysis method, the shear failure damage index of rock is computed at the i-th instance as follows:
In the equation, is the energy value of the j-th frequency band in the initial state or the healthy state (), and is energy value of the monitoring signal at the i-th instance.
The shear damage index of rock can be used to characterize the degree of rock shear failure development and determine whether the rock is completely damaged based on the energy loss trend, thus providing a timely warning.

As shown in Figure 8, a YAW-1000A microcomputer-controlled electro-hydraulic servo shear apparatus was used to conduct the shear test on the composite specimens. The normal load was 25 KN, and the specimens were sheared at a rate of 0.002 mm/s. In intervals of 2 min, each driver successively generated sweep sine waves. Moreover, the corresponding sensor monitored the propagation of waves through the interface of the composite specimen within the acquisition system until the completion of each shear test.

4.1. Analysis of the Shear Test Results of Composite Specimens

The piezoelectric active sensing monitoring method and wavelet packet energy analysis method were employed for the shear failure monitoring of rock composites fabricated in this study. The specimens were drilled and embedded with piezoelectric SAs. A shear test was carried out using direct shear apparatus. Meanwhile, the monitoring test was carried out by transmitting sweep sine wave and receiving wave. The shear stress-time curves of the composite specimens, in addition to the amplitude peak curves of the signals detected by the SAs before and after the shear failure of the composite specimens, were compared and analyzed. Upon the shear failure of the composite specimens, there were corresponding changes in the amplitude and peak value of the signal. This consistency proves the feasibility of the piezoelectric active sensing method in the shear failure monitoring of composite rocks in the laboratory condition. However, the actual engineering conditions are complicated, and the research of the application of this method needs to be further carried out. The damage index of the rock shear failure was computed using the wavelet packet analysis method to quantitatively represent the process of rock shear failure. The variation trends of the damage index and shear stress with respect to time were consistent. In addition, the good repeatability of the test results of the three composite specimens further indicates the feasibility and reliability of the method. In future work, the stress wave propagated across the interface in the composite rocks will be modeled based on the fractal contact theory, which was recently developed for the modeling of stress waves propagated through the interfaces of bolted joints [61,62].

Design of experiment scheme, Y.L. Experiment development and manuscript writing, Y.L. Development of research ideas and paper guidance, Y.Y. and Q.W. Facilitation of experimental study, W.W. The latest manuscript has been approved by all authors. All authors have read and agreed to the published version of the manuscript.

The work was supported by the National Natural Science Foundation of China (No. 51704213) and Open Fund of Hubei Key Laboratory of Mechanical Transmission and Manufacturing Engineering of China (No. 2018A09). 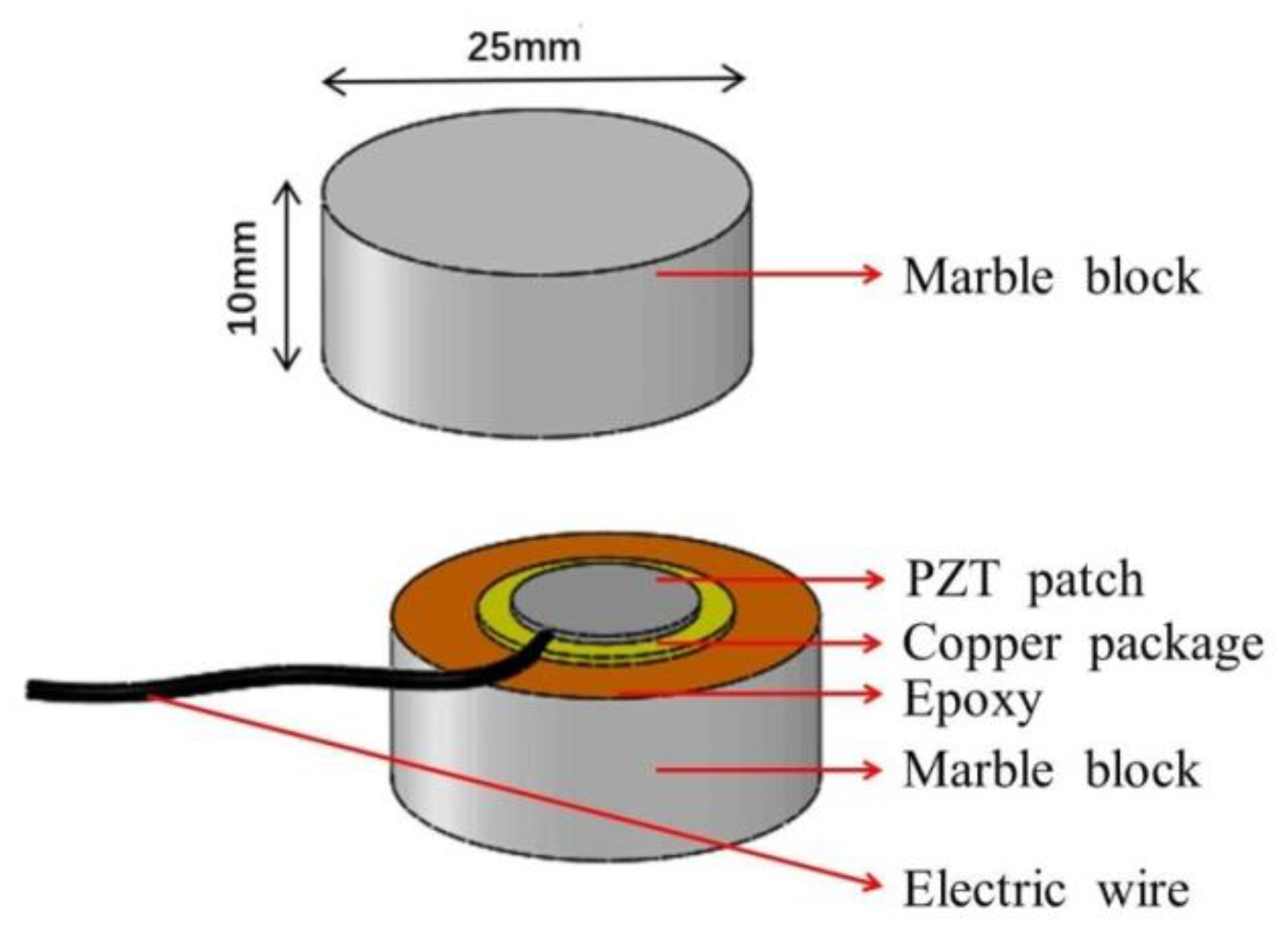 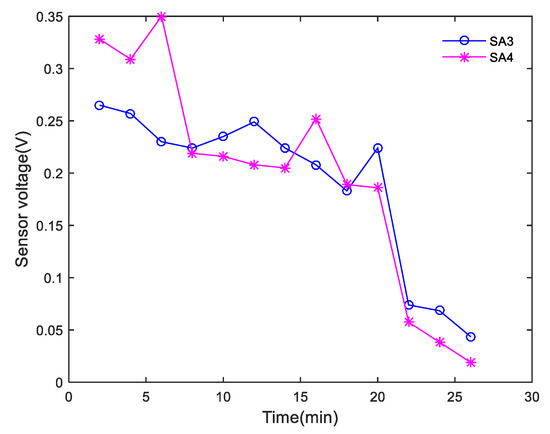 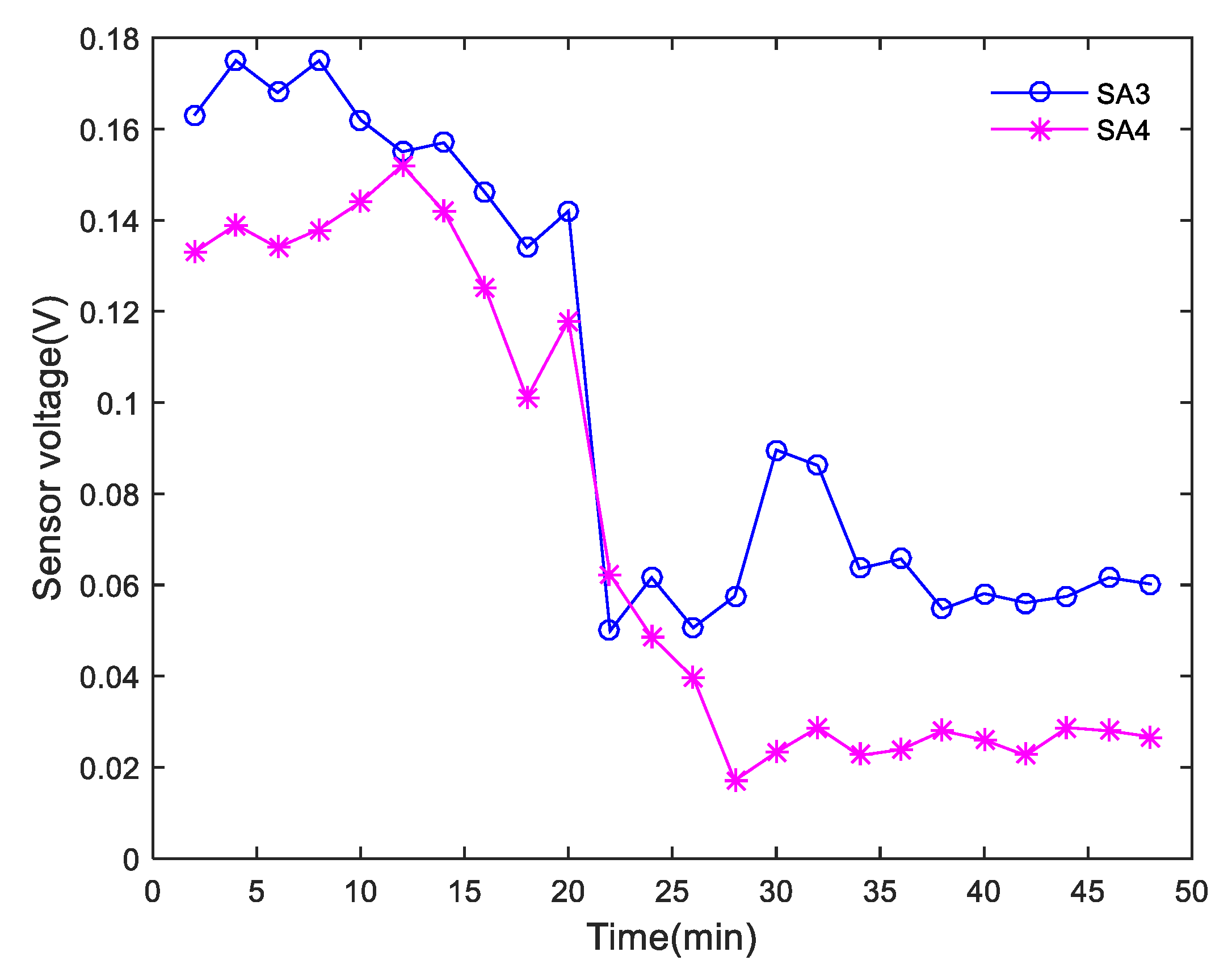 Table 2. Damage index of composite specimen at failure.
Table 2. Damage index of composite specimen at failure.
© 2020 by the authors. Licensee MDPI, Basel, Switzerland. This article is an open access article distributed under the terms and conditions of the Creative Commons Attribution (CC BY) license (http://creativecommons.org/licenses/by/4.0/).
We use cookies on our website to ensure you get the best experience. Read more about our cookies here.
Accept
We have just recently launched a new version of our website. Help us to further improve by taking part in this short 5 minute survey here. here.
Never show this again