UAVs for Structure-From-Motion Coastal Monitoring: A Case Study to Assess the Evolution of Embryo Dunes over a Two-Year Time Frame in the Po River Delta, Italy
Previous Article in Journal

UAV Landing Based on the Optical Flow Videonavigation

An automatic landing of an unmanned aerial vehicle (UAV) is a non-trivial task requiring a solution of a variety of technical and computational problems. The most important is the precise determination of altitude, especially at the final stage of approaching to the earth. With current altimeters, the magnitude of measurement errors at the final phase of the descent may be unacceptably high for constructing an algorithm for controlling the landing manoeuvre. Therefore, it is desirable to have an additional sensor, which makes possible to estimate the height above the surface of the runway. It is possible to estimate all linear and angular UAV velocities simultaneously with the help of so-called optical flow (OF), determined by the sequence of images recorded by an onboard camera, however in pixel scale. To transform them into the real metrical values it is necessary to know the current flight altitude and the camera angular position values. The critical feature of the OF is its susceptibility to the camera resolution and the shift rate of the observed scene. During the descent phase of flight, these parameters change at least one hundred times together with the altitude. Therefore, for reliable application of the OF one needs to coordinate the shooting parameters with the current altitude. However, in case of the altimeter fault presence, the altitude is also still to be estimated with the aid of the OF, so one needs to have another tool for the camera control. One of the possible and straightforward ways is the camera resolution change by pixels averaging in computer part which performed in coordination with theoretically estimated and measured OF velocity. The article presents results of such algorithms testing from real video sequences obtained in flights with different approaches to the runway with simultaneous recording of telemetry and video data. View Full-Text
Keywords: UAV; landing; optical flow; video navigation; Kalman filter UAV; landing; optical flow; video navigation; Kalman filter
►▼ Show Figures 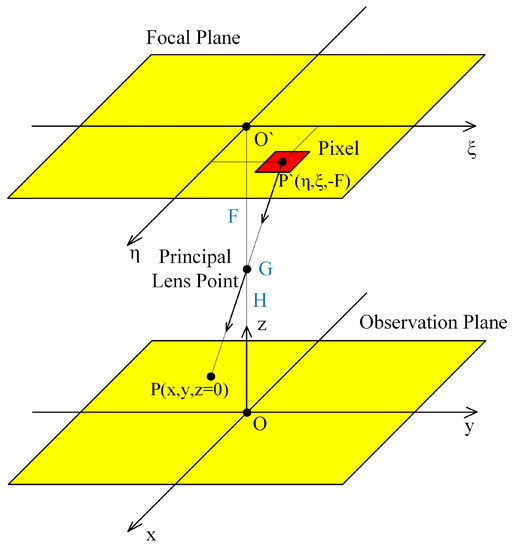