Standardized precipitation evapotranspiration index (SPEI) is an acknowledged drought monitoring index, and the evapotranspiration (ET) used to calculated SPEI is obtained based on the Thornthwaite (TH) model. However, the SPEI calculated based on the TH model is overestimated globally, whereas the more accurate ET derived from the Penman–Monteith (PM) model recommended by the Food and Agriculture Organization of the United Nations is unavailable due to the lack of a large amount of meteorological data at most places. Therefore, how to improve the accuracy of ET calculated by the TH model becomes the focus of this study. Here, a revised TH (RTH) model is proposed using the temperature (T) and precipitable water vapor (PWV) data. The T and PWV data are derived from the reanalysis data and the global navigation satellite system (GNSS) observation, respectively. The initial value of ET for the RTH model is calculated based on the TH model, and the time series of ET residual between the TH and PM models is then obtained. Analyzed results reveal that ET residual is highly correlated with PWV and T, and the correlate coefficient between PWV and ET is −0.66, while that between T and ET for cases of T larger or less than 0 °C are −0.54 and 0.59, respectively. Therefore, a linear model between ET residual and PWV/T is established, and the ET value of the RTH model can be obtained by combining the TH-derived ET and estimated ET residual. Finally, the SPEI calculated based on the RTH model can be obtained and compared with that derived using PM and TH models. Result in the Loess Plateau (LP) region reveals the good performance of the RTH-based SPEI when compared with the TH-based SPEI over the period of 1979–2016. A case analysis in April 2013 over the LP region also indicates the superiority of the RTH-based SPEI at 88 meteorological and 31 GNSS stations when the PM-based SPEI is considered as the reference. View Full-Text
Keywords: SPEI; temperature; TH model; RTH model; PWV SPEI; temperature; TH model; RTH model; PWV
►▼ Show Figures 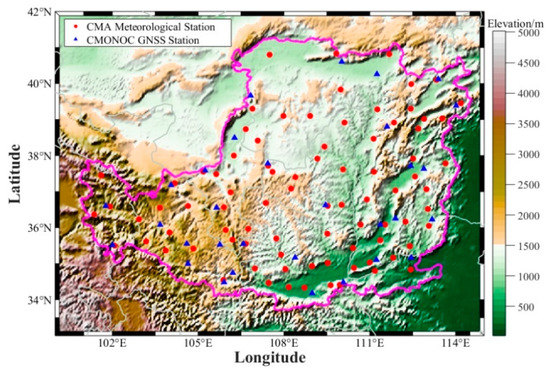