Many sensors are developed over flexible substrates to be used as wearables, which does not guarantee that they will actually withstand being bent. This work evaluates the gas sensing performance of metal oxide devices of three different types, before and after having undergone automated, repetitive bending tests. These tests were aimed at demonstrating that the fabricated sensors were actually flexible, which cannot be taken for granted beforehand. The active layer in these sensors consisted of WO3 nanowires (NWs) grown directly over a Kapton foil by means of the aerosol-assisted chemical vapor deposition. Their response to different H2 concentrations was measured at first. Then, they were cyclically bent, and finally, their response to H2 was measured again. Sensors based on pristine WO3-NWs over Ag electrodes and on Pd-decorated NWs over Au electrodes maintained their performance after having been bent. Ag electrodes covered with Pd-decorated NWs became fragile and lost their usefulness. To summarize, two different types of truly flexible metal oxide gas sensor were fabricated, whereas a third one was not flexible, despite being grown over a flexible substrate following the same method. Finally, we recommend that one standard bending test procedure should be established to clearly determine the flexibility of a sensor considering its intended application. View Full-Text
Keywords: gas sensor; flexible sensor; metal oxide; nanowires; polymeric substrate; bending tests gas sensor; flexible sensor; metal oxide; nanowires; polymeric substrate; bending tests
►▼ Show Figures 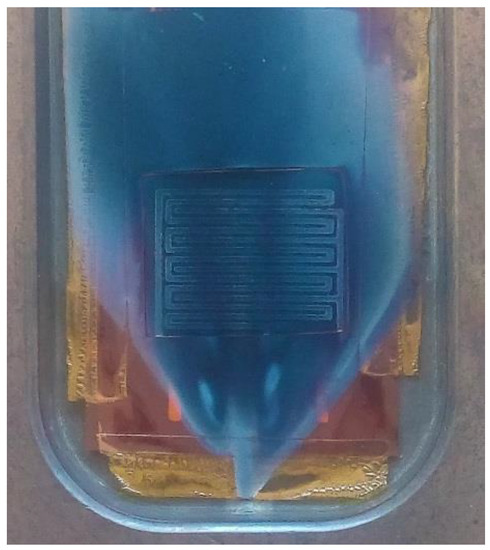