A cost-effective optical sensor for continuous in-situ monitoring of turbidity and suspended particulate matter concentration (SPM), with a production cost in raw materials less than 20 €, is presented for marine or fluvial applications. The sensor uses an infrared LED and three photodetectors with three different positions related to the light source—135º, 90º and 0º—resulting in three different types of light detection: backscattering, nephelometry and transmitted light, respectively. This design allows monitoring in any type of environment, offering a wide dynamic range and accuracy for low and high turbidity or SPM values. An ultraviolet emitter–receiver pair is also used to differentiate organic and inorganic matter through the differences in absorption at different wavelengths. The optical transducers are built in a watertight structure with a radial configuration where a printed circuit board with the electronic signal coupling is assembled. An in-lab calibration of the sensor was made to establish a relation between suspended particulate matter (SPM) or the turbidity (NTU) to the photodetectors’ electrical output value in Volts. Two different sizes of seashore sand were used (180 µm and 350 µm) to evaluate the particle size susceptibility. The sensor was tested in a fluvial environment to evaluate SPM change during sediment transport caused by rain, and a real test of 22 days continuous in-situ monitoring was realized to evaluate its performance in a tidal area. The monitoring results were analysed, showing the SPM change during tidal cycles as well as the influence of the external light and biofouling problems. View Full-Text
Keywords: in-situ measurement; oceanography; suspended particulate matter; turbidity optical sensor in-situ measurement; oceanography; suspended particulate matter; turbidity optical sensor
►▼ Show Figures 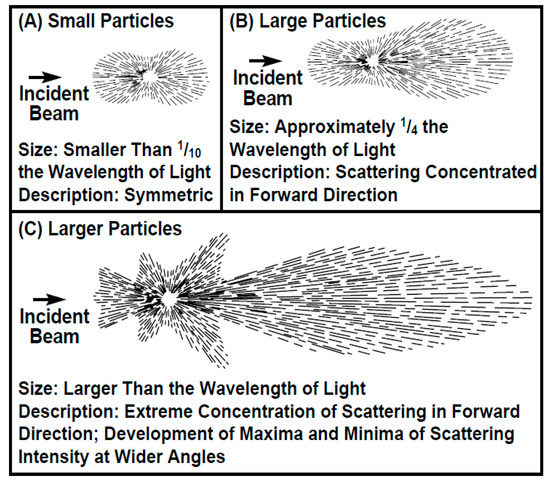