In this article, a gait recognition algorithm is presented based on the information obtained from inertial sensors embedded in a smartphone, in particular, the accelerometers and gyroscopes typically embedded on them. The algorithm processes the signal by extracting gait cycles, which are then fed into a Recurrent Neural Network (RNN) to generate feature vectors. To optimize the accuracy of this algorithm, we apply a random grid hyperparameter selection process followed by a hand-tuning method to reach the final hyperparameter configuration. The different configurations are tested on a public database with 744 users and compared with other algorithms that were previously tested on the same database. After reaching the best-performing configuration for our algorithm, we obtain an equal error rate (EER) of 11.48% when training with only 20% of the users. Even better, when using 70% of the users for training, that value drops to 7.55%. The system manages to improve on state-of-the-art methods, but we believe the algorithm could reach a significantly better performance if it was trained with more visits per user. With a large enough database with several visits per user, the algorithm could improve substantially. View Full-Text
Keywords: Recurrent Neural Network; gait recognition; smartphone; pattern recognition; biometrics Recurrent Neural Network; gait recognition; smartphone; pattern recognition; biometrics
►▼ Show Figures 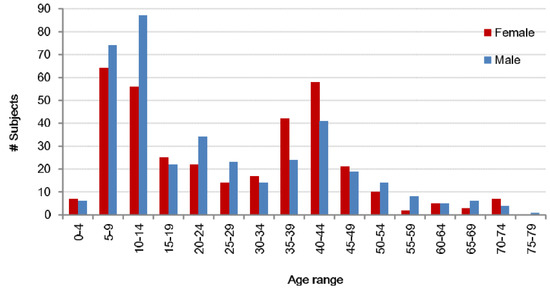