This paper proposed a new novel method to adaptively detect gait patterns in real time through the ground contact forces (GCFs) measured by load cell. The curve similarity model (CSM) is used to identify the division of off-ground and on-ground statuses, and differentiate gait patterns based on the detection rules. Traditionally, published threshold-based methods detect gait patterns by means of setting a fixed threshold to divide the GCFs into on-ground and off-ground statuses. However, the threshold-based methods in the literature are neither an adaptive nor a real-time approach. In this paper, the curve is composed of a series of continuous or discrete ordered GCF data points, and the CSM is built offline to obtain a training template. Then, the testing curve is compared with the training template to figure out the degree of similarity. If the computed degree of similarity is less than a given threshold, they are considered to be similar, which would lead to the division of off-ground and on-ground statuses. Finally, gait patterns could be differentiated according to the status division based on the detection rules. In order to test the detection error rate of the proposed method, a method in the literature is introduced as the reference method to obtain comparative results. The experimental results indicated that the proposed method could be used for real-time gait pattern detection, detect the gait patterns adaptively, and obtain a low error rate compared with the reference method. View Full-Text
Keywords: ground contact forces; force sensitive resistors; curve similarity model; threshold method; similarity distance ground contact forces; force sensitive resistors; curve similarity model; threshold method; similarity distance
►▼ Show Figures 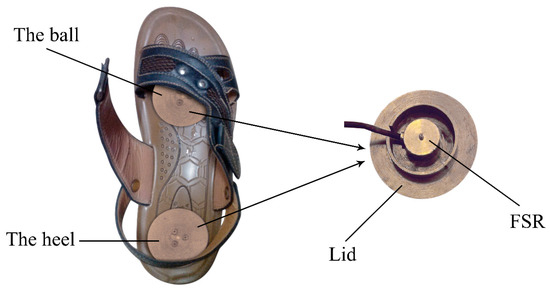