Electroencephalography (EEG) and near-infrared spectroscopy (NIRS) are non-invasive neuroimaging methods that record the electrical and metabolic activity of the brain, respectively. Hybrid EEG-NIRS brain-computer interfaces (hBCIs) that use complementary EEG and NIRS information to enhance BCI performance have recently emerged to overcome the limitations of existing unimodal BCIs, such as vulnerability to motion artifacts for EEG-BCI or low temporal resolution for NIRS-BCI. However, with respect to NIRS-BCI, in order to fully induce a task-related brain activation, a relatively long trial length (≥10 s) is selected owing to the inherent hemodynamic delay that lowers the information transfer rate (ITR; bits/min). To alleviate the ITR degradation, we propose a more practical hBCI operated by intuitive mental tasks, such as mental arithmetic (MA) and word chain (WC) tasks, performed within a short trial length (5 s). In addition, the suitability of the WC as a BCI task was assessed, which has so far rarely been used in the BCI field. In this experiment, EEG and NIRS data were simultaneously recorded while participants performed MA and WC tasks without preliminary training and remained relaxed (baseline; BL). Each task was performed for 5 s, which was a shorter time than previous hBCI studies. Subsequently, a classification was performed to discriminate MA-related or WC-related brain activations from BL-related activations. By using hBCI in the offline/pseudo-online analyses, average classification accuracies of 90.0 ± 7.1/85.5 ± 8.1% and 85.8 ± 8.6/79.5 ± 13.4% for MA vs. BL and WC vs. BL, respectively, were achieved. These were significantly higher than those of the unimodal EEG- or NIRS-BCI in most cases. Given the short trial length and improved classification accuracy, the average ITRs were improved by more than 96.6% for MA vs. BL and 87.1% for WC vs. BL, respectively, compared to those reported in previous studies. The suitability of implementing a more practical hBCI based on intuitive mental tasks without preliminary training and with a shorter trial length was validated when compared to previous studies. View Full-Text
Keywords: brain-computer interface; EEG; information transfer rate; NIRS; pseudo-online brain-computer interface; EEG; information transfer rate; NIRS; pseudo-online
►▼ Show Figures 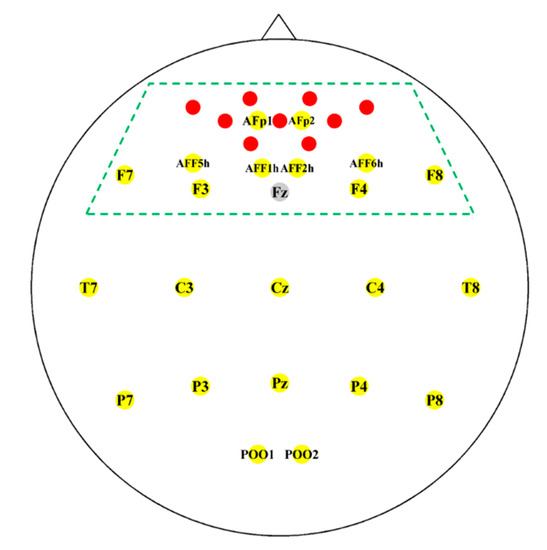