The Do-It-Yourself (DIY) vision for the design of a smart and customizable IoT application demands the involvement of the general public in its development process. The general public lacks the technical knowledge for programming state-of-the-art prototyping and development kits. The latest IoT kits, for example, Raspberry Pi, are revolutionizing the DIY paradigm for IoT, and more than ever, a DIY intuitive programming interface is required to enable the masses to interact with and customize the behavior of remote IoT devices on the Internet. However, in most cases, these DIY toolkits store the resultant configuration data in local storage and, thus, cannot be accessed remotely. This paper presents the novel implementation of such a system, which not only enables the general public to customize the behavior of remote IoT devices through a visual interface, but also makes the configuration available everywhere and anytime by leveraging the power of cloud-based platforms. The interface enables the visualization of the resources exposed by remote embedded resources in the form of graphical virtual objects (VOs). These VOs are used to create the service design through simple operations like drag-and-drop and the setting of properties. The configuration created as a result is maintained as an XML document, which is ingested by the cloud platform, thus making it available to be used anywhere. We use the HTTP approach for the communication between the cloud and IoT toolbox and the cloud and real devices, but for communication between the toolbox and actual resources, CoAP is used. Finally, a smart home case study has been implemented and presented in order to assess the effectiveness of the proposed work. View Full-Text
Keywords: Internet of Things; wireless sensor networks; smart space; cloud computing; configuration management Internet of Things; wireless sensor networks; smart space; cloud computing; configuration management
►▼ Show Figures 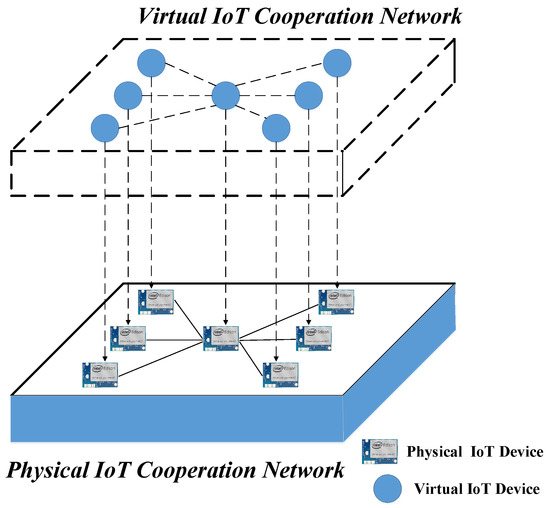