Thrust bearings play a vital role in propulsion systems. They rely on a thin layer of oil being trapped between rotating surfaces to produce a low friction interface. The “quality” of this bearing affects many things from noise transmission to the ultimate catastrophic failure of the bearing itself. As a result, the direct measure of the forces and vibrations within the oil filled interface would be very desirable and would give an indication of the condition of the bearing in situ. The thickness of the oil film is, however, very small and conventional vibration sensors are too cumbersome to use in this confined space. This paper solves this problem by using a piezoelectric polymer film made from Polyvinylidine Fluoride (PVDF). These films are very thin (50 m) and flexible and easy to install in awkward spaces such as the inside of a thrust bearing. A model thrust bearing was constructed using a 3D printer and PVDF films inserted into the base of the bearing. In doing so, it was possible to directly measure the force fluctuations due to the rotating pads and investigate various properties of the thrust bearing itself. View Full-Text
Keywords: PVDF; thrust bearing; condition monitoring; 3D printing PVDF; thrust bearing; condition monitoring; 3D printing
►▼ Show Figures 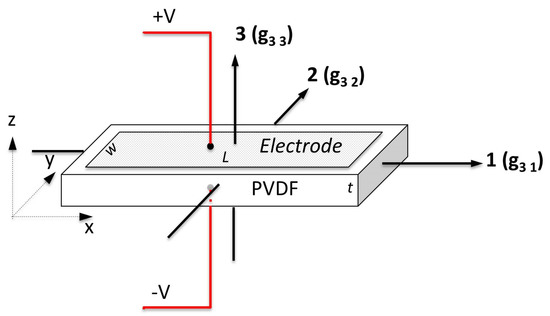