:
Underwater Sensor Networks (UWSNs) can enable a broad range of applications such as resource monitoring, disaster prevention, and navigation-assistance. Sensor nodes location in UWSNs is an especially relevant topic. Global Positioning System (GPS) information is not suitable for use in UWSNs because of the underwater propagation problems. Hence, some localization algorithms based on the precise time synchronization between sensor nodes that have been proposed for UWSNs are not feasible. In this paper, we propose a localization algorithm called Two-Phase Time Synchronization-Free Localization Algorithm (TP-TSFLA). TP-TSFLA contains two phases, namely, range-based estimation phase and range-free evaluation phase. In the first phase, we address a time synchronization-free localization scheme based on the Particle Swarm Optimization (PSO) algorithm to obtain the coordinates of the unknown sensor nodes. In the second phase, we propose a Circle-based Range-Free Localization Algorithm (CRFLA) to locate the unlocalized sensor nodes which cannot obtain the location information through the first phase. In the second phase, sensor nodes which are localized in the first phase act as the new anchor nodes to help realize localization. Hence, in this algorithm, we use a small number of mobile beacons to help obtain the location information without any other anchor nodes. Besides, to improve the precision of the range-free method, an extension of CRFLA achieved by designing a coordinate adjustment scheme is updated. The simulation results show that TP-TSFLA can achieve a relative high localization ratio without time synchronization.
Keywords:
underwater sensor networks; synchronization-free; range-free; particle swarm optimization

3.1. Overview of the System

Based on the system model, we can employ the time synchronization-free localization scheme proposed in [12] to obtain the distance measures in Phase I. Hence, to describe it concisely, we called it as the TSFL algorithm. The mobile beacon dives and rises in the underwater at the fixed speed . and express the time that the first message received by sensor node and the second message received by the sensor node respectively. Hence, the coordinates of the mobile beacon at the different times are denoted as and . The speed of sound is , and the coordinate of the sensor node is . The distance measure from the mobile beacon to the sensor is expressed as .
If , we can obtain the distance , and the detailed process can be found in [12]: where , , , , and , .
If , we can obtain the distance by using the following equation: where , , , , and , .
If , we can obtain the distance by using the following equation: where , , , and , .
If at least three distance measures from different mobile beacons have been obtained, the position of the sensor node can be obtained. However, the authors do not take the impact on the water current into account and make the speed of the mobile beacon and sound a constant. This is not actually held true. Thus, we consider the error caused by the underwater environment and propose a localization scheme based on the PSO algorithm. Besides, to save costs, the number of mobile beacons is limited, which leads to a lower localization ratio. Especially when we use the algorithm in the relatively large environment, the localization ratio is not enough. Hence, we improve the algorithm based on the two aspects in TP-TSFLA.

In this paper, TP-TSFLA is mainly concerned with the time synchronization requirements, trying to find a synchronization-free localization scheme. The localization algorithm proposed in this paper is based on the distributed localization technique. In Phase I, mobile beacons are used as anchor nodes, and in Phase II, sensor nodes that are localized in the first phase act as anchors to help locate the unlocalized sensor nodes. The algorithm used in Phase I is range-based, while the algorithm of Phase II is range-free, and belongs to the multi-stage method. The features of the system can be described as follows.

In this section, we employ the Particle Swarm Optimization (PSO) algorithm to obtain the estimated position of the unknown sensor nodes. To solve a variety of optimization problems, many optimization algorithms have been proposed, such as climbing method, genetic algorithm and so on. The hill climbing method has high precision, but it easily falls into a local minimum. The genetic algorithm belongs to the evolutionary algorithm class. However, the genetic algorithm requires more sophisticated programming, and the choice of the parameters severely affects the quality of the solution, and most of these parameters depend on experience. The PSO algorithm, with smooth implementation, high precision, and fast convergence is similar to a genetic algorithm, and it also starts from a random solution. The PSO algorithm iteratively finds the optimal solution and evaluates the quality of the solution through fitness, but it is simpler than the genetic algorithm. It does not have the “cross” (crossover) and “mutation”. The global optimum is sought by following the current search to the optimal value.
Basing on the TSFL algorithm, after at least three distance measures from different mobile beacons have been obtained, the authors of [12] estimate the position of the sensor node by using the following equation: where: and:
However, this kind of method to obtain the coordinate of the unknown sensor node is not suitable for our algorithm. When we take the impact on changing speed for the mobile beacon and for the sound through the water, the localization problem becomes a multidimensional non-linear optimization problem, and we employ the PSO algorithm to solve it. The detailed mathematical derivation is shown as follows.
The distance between unknown sensor node and the anchor node expressed as is given as:
Let be the noisy range value of . Actually, in this paper, the value of is the distance measure which is obtained by using the TSFL algorithm. Then: where is the measured noise.
Assume that the estimated location of the unknown sensor nodes is , and the location of the anchor node is , then the estimated location of the unknown sensor nodes is given by: where represents the Euclidean distance between and . is the number of anchor nodes which can be received by the sensor node. Thus, the localization is a multidimensional non-linear optimization problem which can only be solved by using an iterative approach [34]. Equation (9) involves a non-convex objective function (with a Hessian matrix not positive definite). Therefore, the result of using the L2 optimization methods is not generally optimal. To solve this problem with low computational cost, we employ the PSO algorithm. Besides, the PSO algorithm can ensure high accuracy.

The learning factor can be a constant or variable. In [36], the authors give formulas for and , respectively: where is the maximum number of iterations, and is the current iteration.
The design of the learning factor based on that global search does not easily fall into local optimum at the beginning of the search. Thus, in earlier search, with a larger value, and with a smaller value will enhance the global search capability of the PSO algorithm. In the latter part of the search, with a smaller value and with a larger value will enhance the local search capabilities of the PSO algorithm. 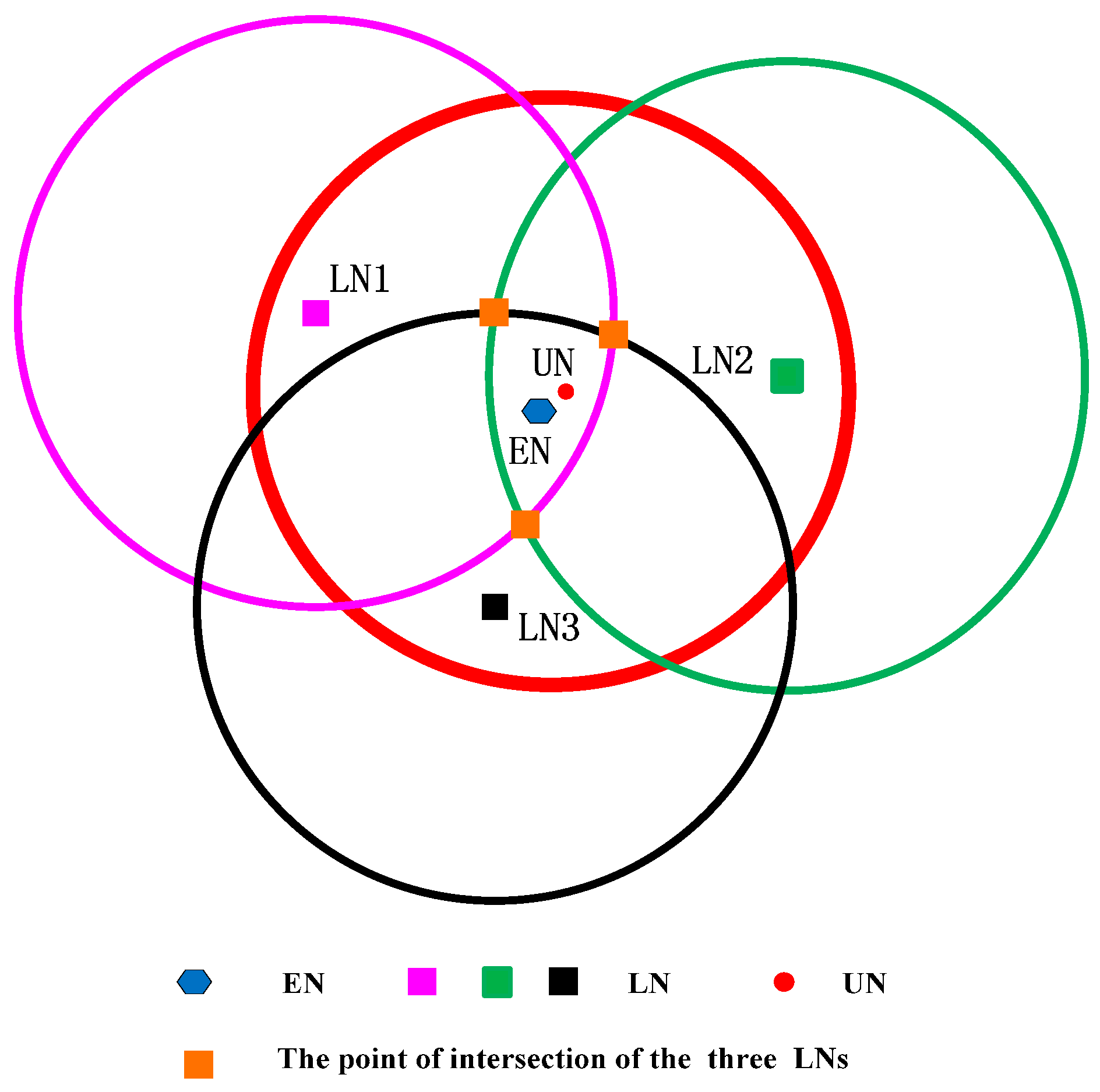 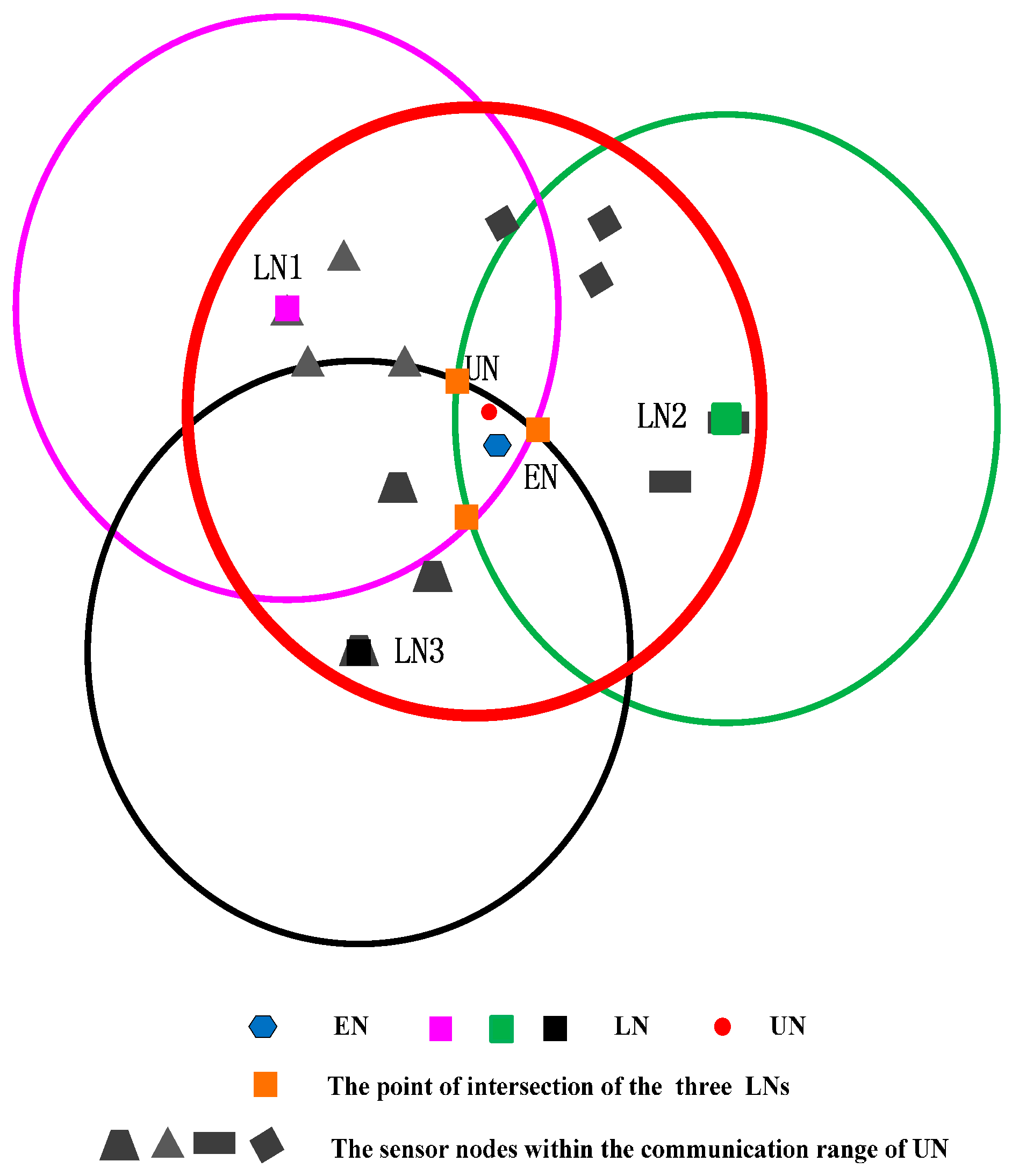 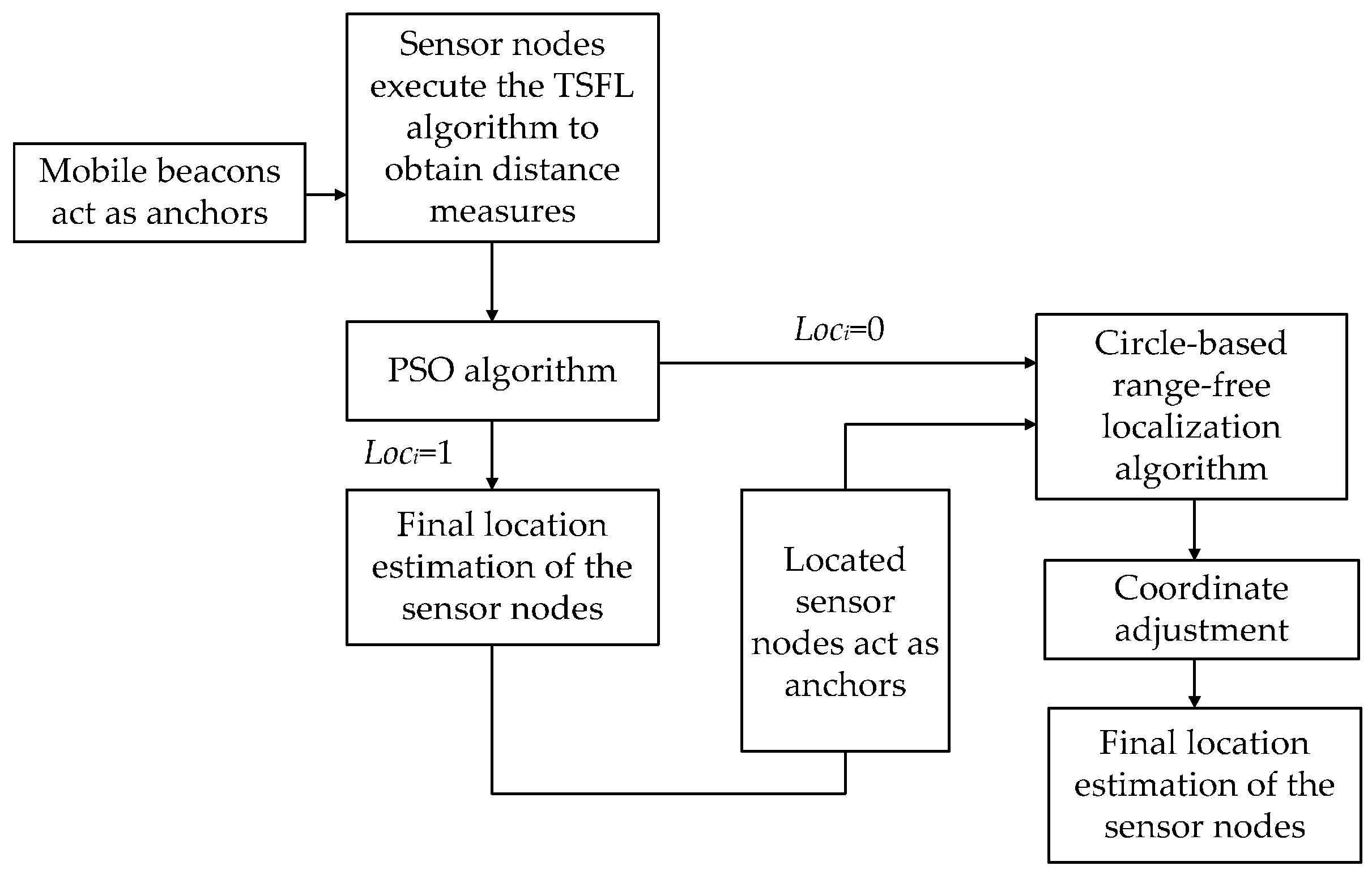 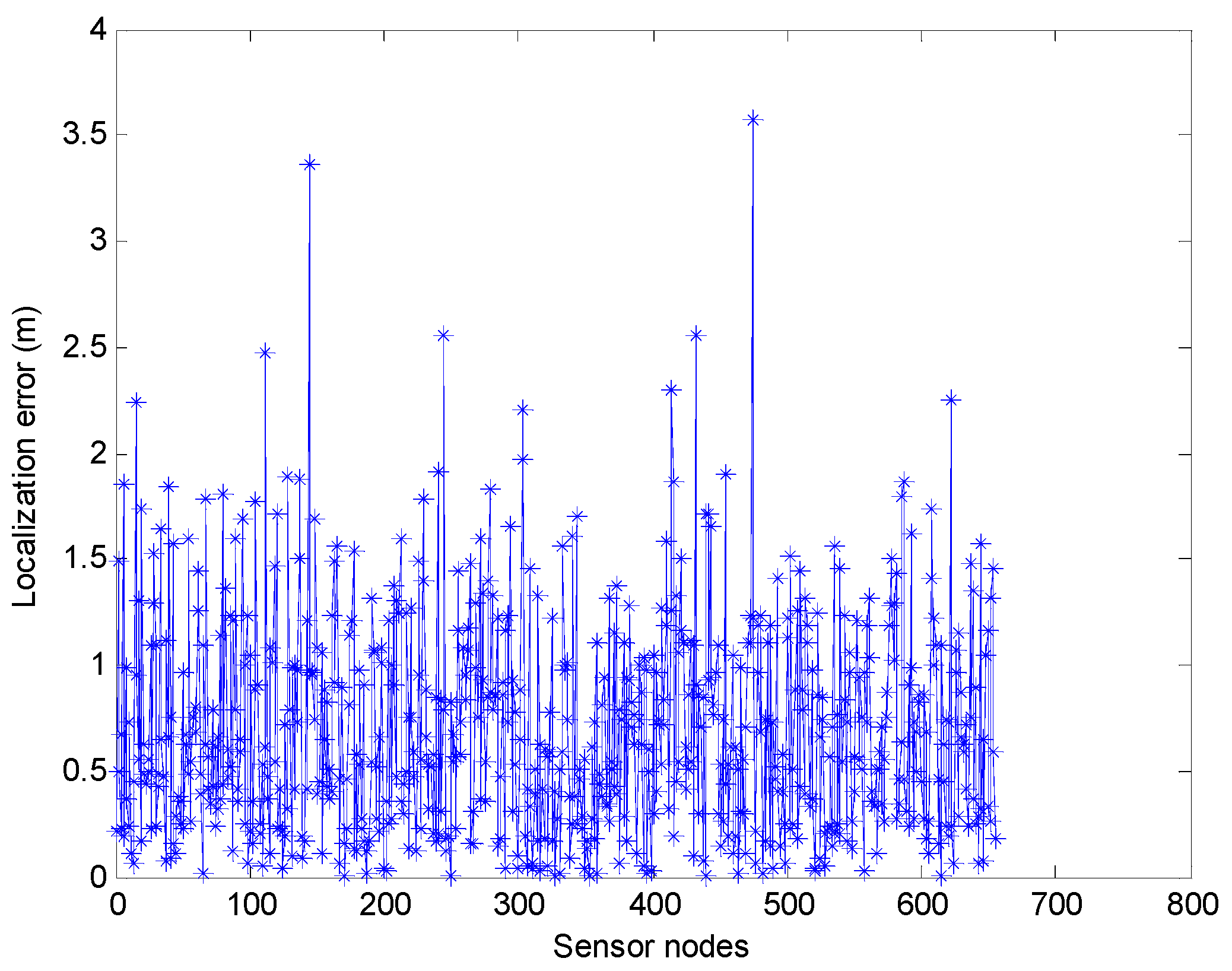 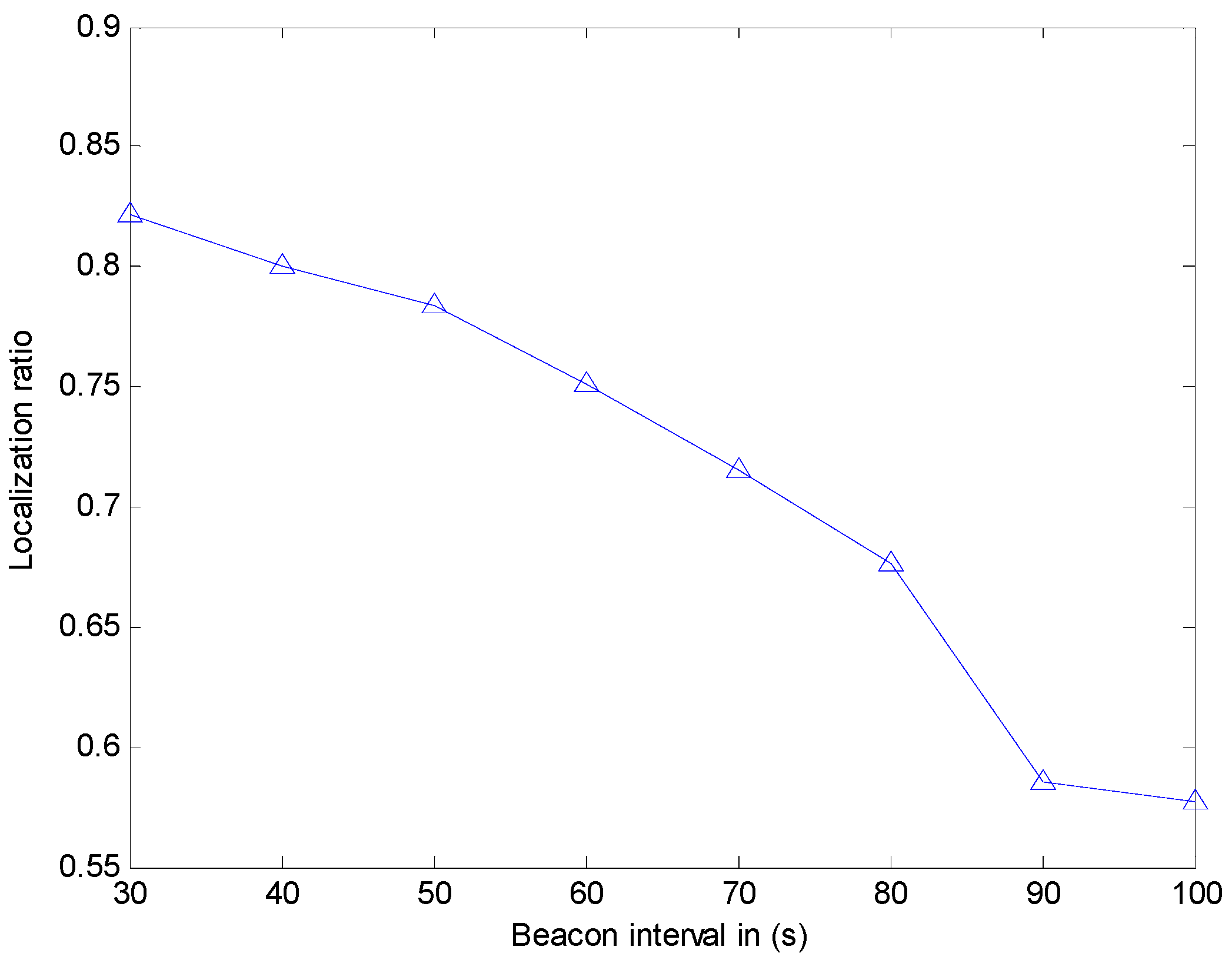 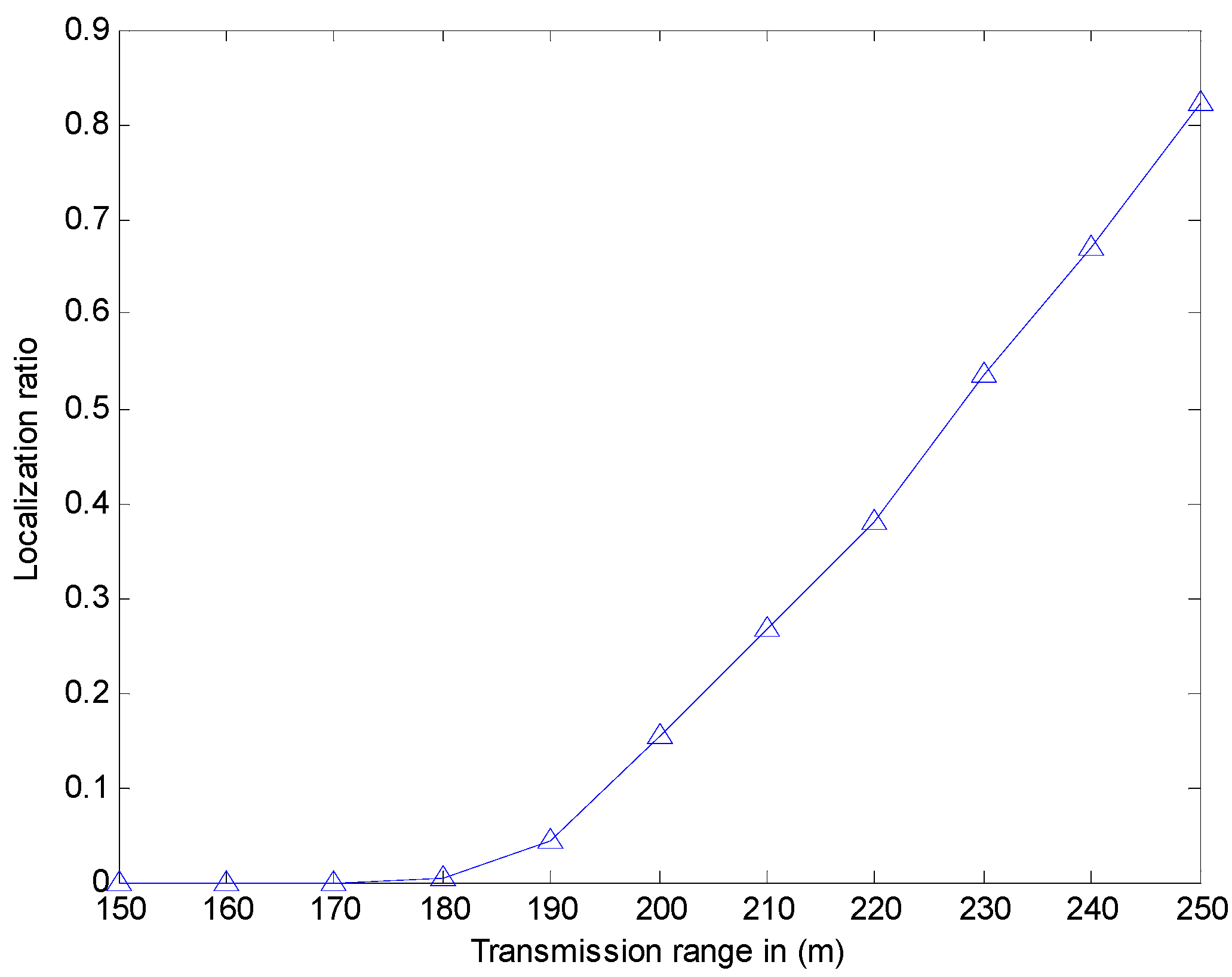 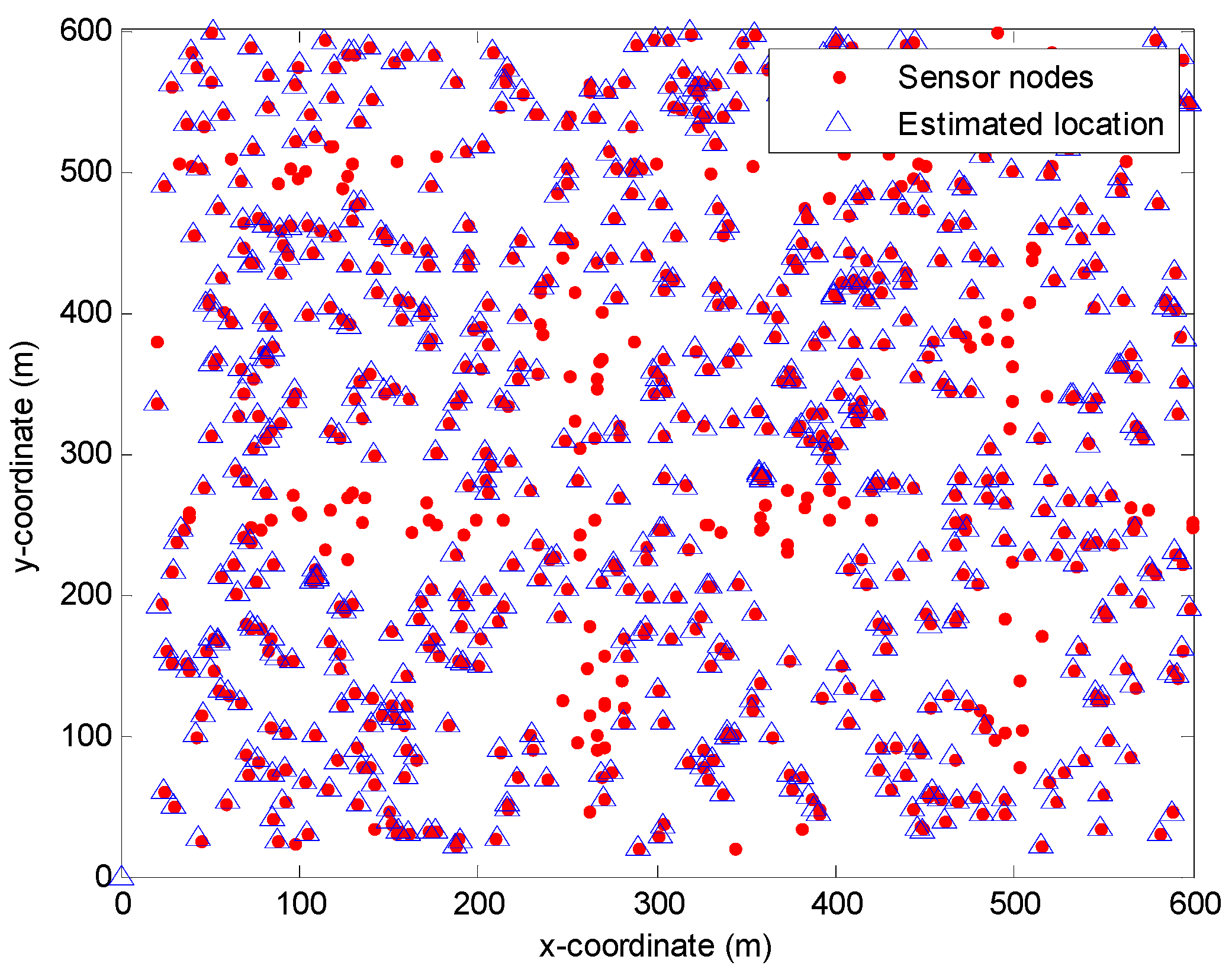 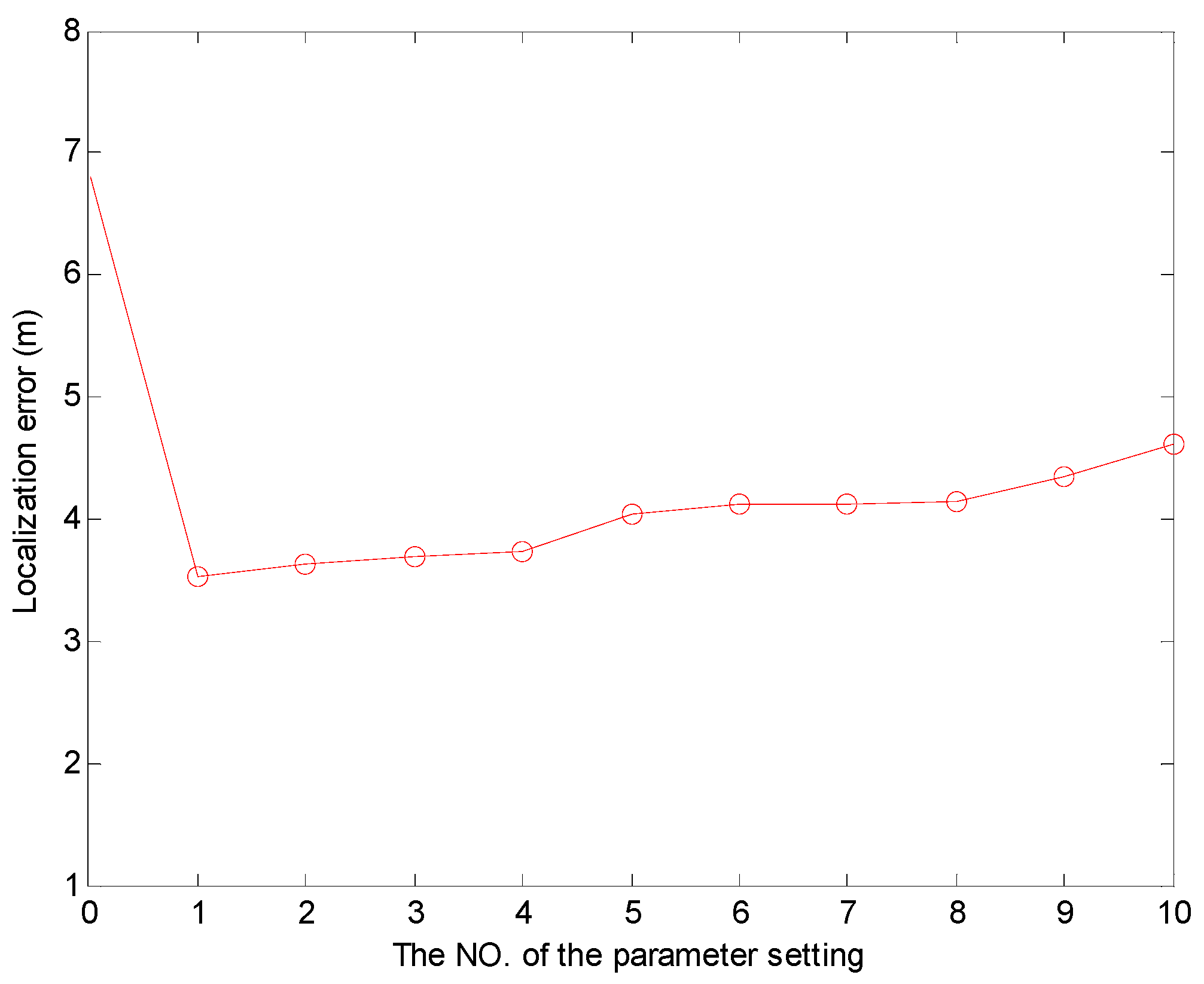