With multi-antenna synchronized global navigation satellite system (GNSS) receivers, the single difference (SD) between two antennas is able to eliminate both satellite and receiver clock error, thus it becomes necessary to reconsider the equivalency problem between the SD and double difference (DD) models. In this paper, we quantitatively compared the formal uncertainties and dispersions between multiple SD models and the DD model, and also carried out static and kinematic short baseline experiments. The theoretical and experimental results show that under a non-common clock scheme the SD and DD model are equivalent. Under a common clock scheme, if we estimate stochastic uncalibrated phase delay (UPD) parameters every epoch, this SD model is still equivalent to the DD model, but if we estimate only one UPD parameter for all epochs or take it as a known constant, the SD (here called SD2) and DD models are no longer equivalent. For the vertical component of baseline solutions, the formal uncertainties of the SD2 model are two times smaller than those of the DD model, and the dispersions of the SD2 model are even more than twice smaller than those of the DD model. In addition, to obtain baseline solutions, the SD2 model requires a minimum of three satellites, while the DD model requires a minimum of four satellites, which makes the SD2 more advantageous in attitude determination under sheltered environments. View Full-Text
Keywords: formal uncertainty; dispersion; single difference; double difference; GNSS; common clock formal uncertainty; dispersion; single difference; double difference; GNSS; common clock
►▼ Show Figures 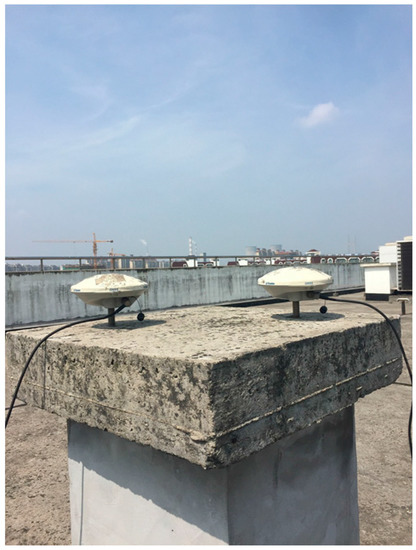