A Tree Based Broadcast Scheme for (m, k)-firm Real-Time Stream in Wireless Sensor Networks
Next Article in Special Issue

There is a global debate and concern about the use of glyphosate (Gly) as an herbicide. New toxicological studies will determine its use in the future under new strict conditions or its replacement by alternative synthetic or natural herbicides. In this context, we designed biomimetic polymer sensing layers for the selective molecular recognition of Gly. Towards this end, complementary surface acoustic wave (SAW) and electrochemical sensors were functionalized with polypyrrole (PPy)-imprinted polymer for the selective detection of Gly. Their corresponding limits of detection were on the order of 1 pM, which are among the lowest values ever reported in literature. The relevant dissociation constants between PPy and Gly were estimated at [Kd1 = (0.7 ± 0.3) pM and Kd2 = (1.6 ± 1.4) µM] and [Kd1 = (2.4 ± 0.9) pM and Kd2 = (0.3 ± 0.1) µM] for electrochemical and gravimetric measurements, respectively. Quantum chemical calculations permitted to estimate the interaction energy between Gly and PPy film: ΔE = −145 kJ/mol. Selectivity and competitivity tests were investigated with the most common pesticides. This work conclusively shows that gravimetric and electrochemical results indicate that both MIP-based sensors are perfectly able to detect and distinguish glyphosate without any ambiguity. View Full-Text
Keywords: glyphosate; molecularly imprinted polymer (MIP); gravimetric sensor; electrochemical sensor; DFT calculation; dissociation constants glyphosate; molecularly imprinted polymer (MIP); gravimetric sensor; electrochemical sensor; DFT calculation; dissociation constants
►▼ Show Figures 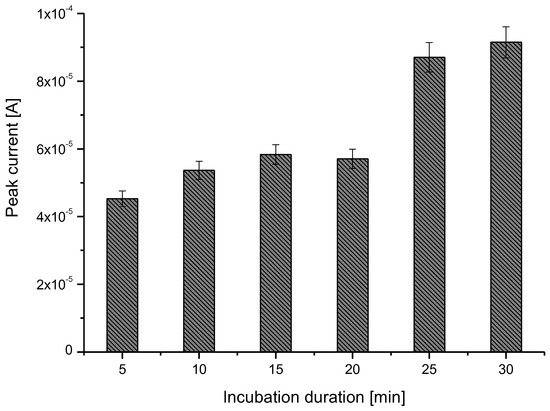