This paper introduces a new dual-frequency precise point positioning (PPP) model, which combines the observations from three different global navigation satellite system (GNSS) constellations, namely GPS, Galileo, and BeiDou. Combining measurements from different GNSS systems introduces additional biases, including inter-system bias and hardware delays, which require rigorous modelling. Our model is based on the un-differenced and between-satellite single-difference (BSSD) linear combinations. BSSD linear combination cancels out some receiver-related biases, including receiver clock error and non-zero initial phase bias of the receiver oscillator. Forming the BSSD linear combination requires a reference satellite, which can be selected from any of the GPS, Galileo, and BeiDou systems. In this paper three BSSD scenarios are tested; each considers a reference satellite from a different GNSS constellation. Natural Resources Canada’s GPSPace PPP software is modified to enable a combined GPS, Galileo, and BeiDou PPP solution and to handle the newly introduced biases. A total of four data sets collected at four different IGS stations are processed to verify the developed PPP model. Precise satellite orbit and clock products from the International GNSS Service Multi-GNSS Experiment (IGS-MGEX) network are used to correct the GPS, Galileo, and BeiDou measurements in the post-processing PPP mode. A real-time PPP solution is also obtained, which is referred to as RT-PPP in the sequel, through the use of the IGS real-time service (RTS) for satellite orbit and clock corrections. However, only GPS and Galileo observations are used for the RT-PPP solution, as the RTS-IGS satellite products are not presently available for BeiDou system. All post-processed and real-time PPP solutions are compared with the traditional un-differenced GPS-only counterparts. It is shown that combining the GPS, Galileo, and BeiDou observations in the post-processing mode improves the PPP convergence time by 25% compared with the GPS-only counterpart, regardless of the linear combination used. The use of BSSD linear combination improves the precision of the estimated positioning parameters by about 25% in comparison with the GPS-only PPP solution. Additionally, the solution convergence time is reduced to 10 minutes for the BSSD model, which represents about 50% reduction, in comparison with the GPS-only PPP solution. The GNSS RT-PPP solution, on the other hand, shows a similar convergence time and precision to the GPS-only counterpart. View Full-Text
Keywords: precise point positioning; GPS; Galileo; BeiDou precise point positioning; GPS; Galileo; BeiDou
►▼ Show Figures 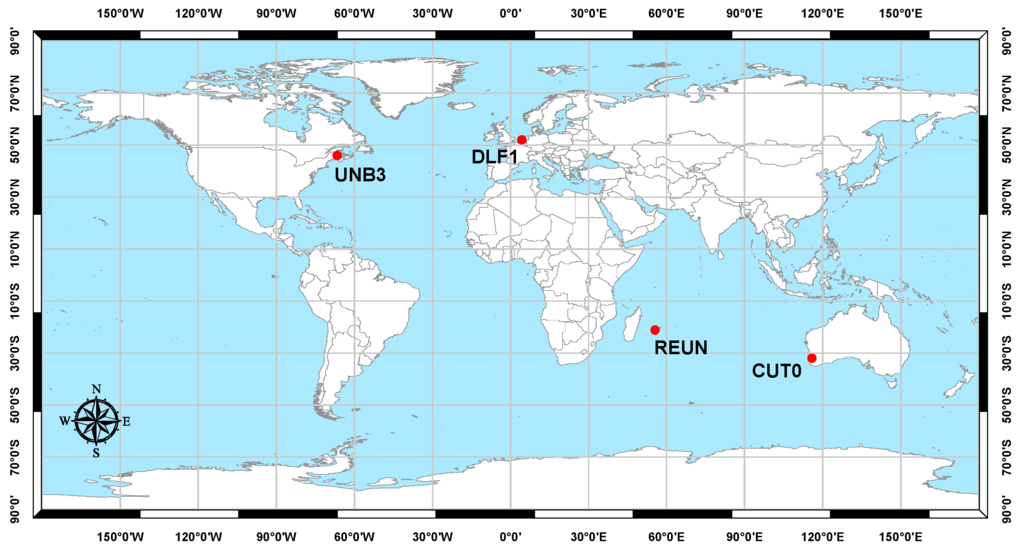