RheoStim: Development of an Adaptive Multi-Sensor to Prevent Venous Stasis
Next Article in Special Issue

How Accurately Can Your Wrist Device Recognize Daily Activities and Detect Falls?
Previous Article in Journal

The position of on-body motion sensors plays an important role in human activity recognition. Most often, mobile phone sensors at the trouser pocket or an equivalent position are used for this purpose. However, this position is not suitable for recognizing activities that involve hand gestures, such as smoking, eating, drinking coffee and giving a talk. To recognize such activities, wrist-worn motion sensors are used. However, these two positions are mainly used in isolation. To use richer context information, we evaluate three motion sensors (accelerometer, gyroscope and linear acceleration sensor) at both wrist and pocket positions. Using three classifiers, we show that the combination of these two positions outperforms the wrist position alone, mainly at smaller segmentation windows. Another problem is that less-repetitive activities, such as smoking, eating, giving a talk and drinking coffee, cannot be recognized easily at smaller segmentation windows unlike repetitive activities, like walking, jogging and biking. For this purpose, we evaluate the effect of seven window sizes (2–30 s) on thirteen activities and show how increasing window size affects these various activities in different ways. We also propose various optimizations to further improve the recognition of these activities. For reproducibility, we make our dataset publicly available. View Full-Text
Keywords: body-worn sensing; behavior analysis; sensor fusion; gesture recognition; smartwatch sensors; smoking recognition body-worn sensing; behavior analysis; sensor fusion; gesture recognition; smartwatch sensors; smoking recognition
►▼ Show Figures 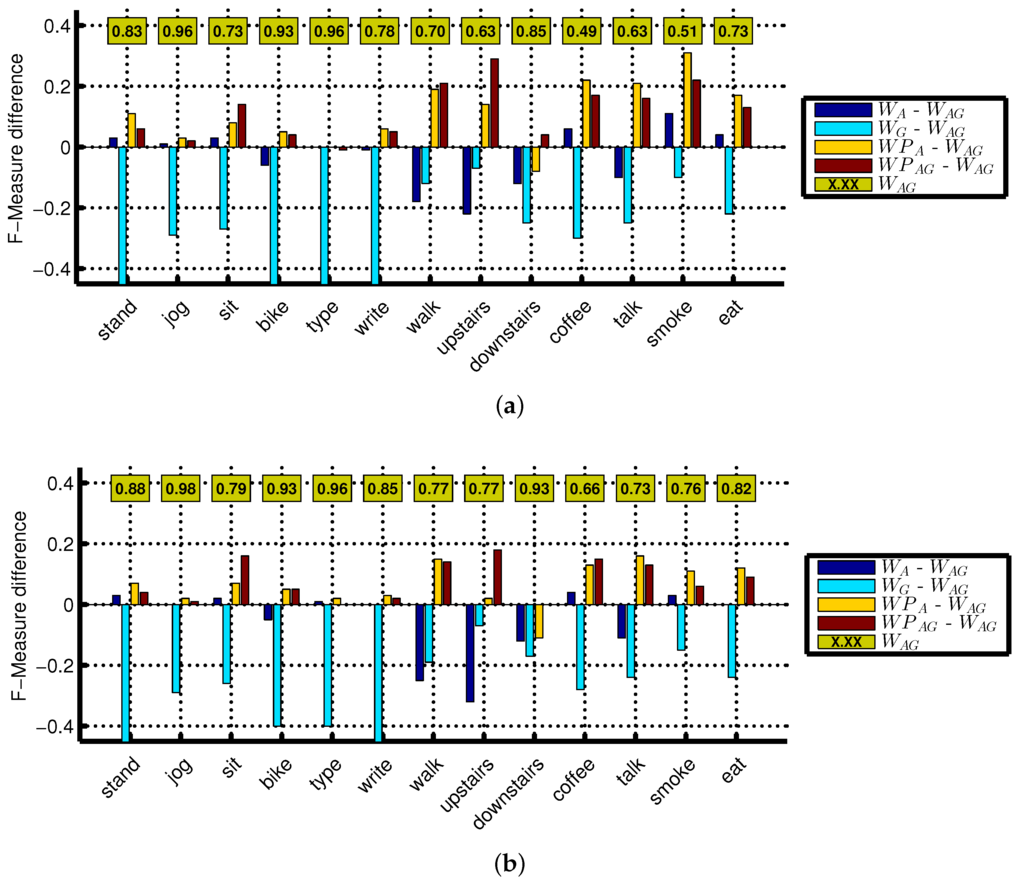