Human chorionic gonadotropin (hCG) has been regarded as a biomarker for the diagnosis of pregnancy and some cancers. Because the currently used methods (e.g., disposable Point of Care Testing (POCT) device) for hCG detection require the use of many less stable antibodies, simple and cost-effective methods for the sensitive and selective detection of hCG have always been desired. In this work, we have developed a graphene oxide (GO)-based fluorescent platform for the detection of hCG using a fluorescein isothiocyanate (FITC)-labeled hCG-specific binding peptide aptamer (denoted as FITC-PPLRINRHILTR) as the probe, which can be manufactured cheaply and consistently. Specifically, FITC-PPLRINRHILTR adsorbed onto the surface of GO via electrostatic interaction showed a poor fluorescence signal. The specific binding of hCG to FITC-PPLRINRHILTR resulted in the release of the peptide from the GO surface. As a result, an enhanced fluorescence signal was observed. The fluorescence intensity was directly proportional to the hCG concentration in the range of 0.05–20 IU/mL. The detection limit was found to be 20 mIU/mL. The amenability of the strategy to hCG analysis in biological fluids was demonstrated by assaying hCG in the urine samples.
Keywords: graphene oxide; fluorescent biosensors; peptide aptamer; human chorionic gonadotropin; antibody-free graphene oxide; fluorescent biosensors; peptide aptamer; human chorionic gonadotropin; antibody-free

Human chorionic gonadotropin (hCG) is a glycoprotein hormone produced by the embryo and presented in the blood and urine of pregnant women [1]. Recently, elevated levels of hCG were found in many cancerous tumors, such as prostate cancer, testicular cancer, trophoblastic cancer and gestational choriocarcinoma [2]. Thus, hCG can be regarded as a biomarker for the diagnosis of pregnancy and some cancers. Because the lateral-flow immunoassay (the most commonly used method for hCG detection) has trouble accurately quantifying the level of hCG, a few new techniques have been made recently to determine hCG in blood and urine, such as enzymelinked immunosorbent assay (ELISA) [3], fluorescent immunoassay [4], immunochromatography [5], photoluminescence [6,7], surface plasmon resonance (SPR) [8] and electrochemical immunosensors [9,10,11,12,13,14,15,16,17,18,19,20]. These methods are sensitive and selective, but they are usually expensive, time-consuming and labor intensive and require the use of less stable antibodies. Moreover, the drive to produce disposable Point of Care Testing (POCT) devices uses a lot of antibodies, much more than in test kits used in a medical laboratory. This is by virtue of the very nature of design, sample handling, and equipment used by the skilled laboratory technician, which is not available to the laboratory unskilled user of POCT devices. However, there is a question in manufacturing terms of the consistence of biologically produced antibody batches and supply to meet the demand for POCT devices.
Of the alternatives to antibody-based sensing techniques, aptamer-based methods have become popular over the past decade. Recently, peptide aptamers have attracted great attention as promising candidates to replace antibodies since they are more stable and resistant to harsh environments and can be readily prepared with the desired sequences to bind the specific targets. Using the in vitro screening techniques, a large number of engineered peptide aptamers have been found and used as the recognition elements for biosensing [21,22,23,24,25]. Also, with the phage display technique, Yang’s group found an hCG-binding peptide aptamer (KD = 0.9 nM) with a sequence of PPLRINRHILTR [2]. The findings gave the researchers a hint that the peptide could be used as an hCG-receptor for design of antibody-free biosensors. Typically, Lin and co-workers have developed two colorimetric biosensors based on the specific interaction between peptide aptamer and hCG and the good catalytic or optoelectronic properties of gold naoparticles (AuNPs) [26,27]. This AuNPs-based colorimetric sensing technique is simple and does not require modification of any analyte-binding molecules onto AuNPs. However, the unmodified AuNPs-based colorimetric assays show low sensitivity and poor anti-interference ability for protein assays in biological samples because the presence of some matrix components in biological fluids may protect or promote the aggregation of bare AuNPs [26,27].
It has been suggested that graphene oxide (GO) exhibits extraordinarily high quenching ability toward fluorescently labeled (e.g., dye, quantum dots or metal nanoclusters) DNA and peptides due to the prominent nanoscale–surface energy transfer effect from the fluorophore to GO [28,29,30,31,32,33]. Thus, many GO-based fluorescent chem/bio-sensors have been developed for monitoring the enzymatic activities [34,35,36,37,38,39], measuring the levels of various analytes including nucleic acids, proteins, metal ions and small molecules [40,41,42,43,44], and imaging of cells as well as animals [45,46]. Based on the high quenching ability of GO and the specific aptamer–target interaction, several groups have reported the detection of proteins (e.g., thrombin, cyclin A2, amyloid-β oligomers, α-bungarotoxin and antibodies) with the dye-labeled DNA or peptide probes as the recognition elements [47,48,49,50,51]. In a typical detection model, the fluorescence of a dye-labeled probe would be quenched when it was absorbed onto the surface of GO. However, the specific binding of a target protein to the fluorescently labeled probe would induce the release of the probe from the GO surface, thus resulting in the fluorescence recovery. In the present work, we found that the fluorescently labeled hCG-binding peptide can adsorb onto the surface of GO (Scheme 1). Consequently, the fluorescence of the peptide was quenched effectively through the energy-transfer or electron-transfer processes. However, with the addition of hCG, the specific binding of hCG to the peptide probe resulted in the release of the peptide from the GO surface, thus leading to the recovery of the fluorescence signal. Based on this fact, we have developed a GO-based fluorescent platform for the detection of hCG in the urine samples.

3.1. Quenching Efficiency of GO to FITC-PPLRINRHILTR

We determined the sensitivity and detection limit of this method. Figure 4A shows the fluorescence spectra of FITC-PPLRINRHILTR/GO in the presence of different concentrations of hCG. The fluorescence intensity increased with increasing hCG concentration. As shown in Figure 4B, the fluorescence intensity was linearly proportional to the hCG concentration in the range of 0.05–20 IU/mL. The linear regression equation is F = 8.6 + 2.2 [hCG] (IU/mL) (R = 0.993). The relative standard deviations (RSDs, shown as the error bars in Figure 4B) for assays of the different concentrations of hCG samples are all less than 8.5%, further indicating a good reproducibility of this method. The analytical performances of this method were compared to those achieved by other methods (Table 1). The detection limit of 20 mIU/mL was comparable to (or even lower than) that achieved by immunochromatography, photoluminescence, surface plasmon resonance, fluorescent immunoassays, liquid crystal-based assay and AuNPs-based colorimetric assays. Although the detection limit is higher than that achieved by ELISA and some electrochemical methods, our method obviates the pre-modification of nanomaterials, requires very simple sample handling, and does not need to use the relatively expensive and less stable antibodies.

Biological fluids may contain many proteins (e.g., antibodies, proteases, glycoproteins and other common proteins). To explore the selectivity of the proposed method, three interfering proteins (BSA, IgG, thrombin) and serum sample containing FSH, LH and TSH were tested. Moreover, beta-subunit of hCG (β-hCG) is also abundant in pregnancy sample. Thus, the specificity of the aptamer to β-hCG was also investigated. As shown in Figure 5A, compared to the control, none of these interferences caused a significant increase in the fluorescence intensity, demonstrating that the established fluorescent platform showed extraordinary selectivity towards hCG. The high selectivity could be principally attributed to the strong and specific interaction between hCG and its binding peptide (KD = 0.9 nM) [2].
The good selectivity and sensitivity of the method encouraged us to quantify hCG in the biological samples. Figure 5B shows the fluorescence spectra of FITC-PPLRINRHILTR/GO in the presence of urine samples provided by one female donor pregnant with different periods. It can be observed that the fluorescence signal is close to the background level for assay of the urine from the donor without pregnancy, demonstrating that no detectable hCG was found in the urine. Furthermore, we found that the recoveries for the added hCG with 1, 2 and 20 IU/mL were 97.4% ± 7.6%, 106.3% ± 8.1% and 96.6% ± 6.3%, respectively. The result also indicated that the matrix components in blank urine showed no or poor interaction with the aptamer. More interestingly, the fluorescence signal increased greatly at the case of 5 weeks and 8 weeks pregnancy. Based on the linear curve presented in Figure 4B, the concentrations of hCG in the two urine samples were calculated to be 2.54 ± 0.27 IU/mL and 16.7 ± 1.46 IU/mL, respectively. The result indicated that elevated level of hCG was presented in the urine with long-time pregnancy. Thus, the proposed GO-based biosensor may offer an alternative means for hCG detection in clinical investigations.

In conclusion, we presented an antibody-free GO-based fluorescent platform for the detection of hCG using a fluorescently labeled hCG-specific binding peptide as the probe, which can be manufactured cheaply and consistently. Compared with the previously reported optical and electronic immunoassays, our method requires simple operating procedure and obviates the use of less stable antibodies. The detection limit is comparable to that achieved by the AuNPs-based colorimetric assays with the hCG-specific binding peptide as the probe. However, our method shows good anti-interference ability for assays of biological samples, thus facilitating the detection of hCG in urine samples. Furthermore, this was coupled in a process format that directly links binding of hCG to aptamer to a colourimetric quenching competitive quantitative signal. This can form the basis of an inexpensive, quantitative hCG disposable POCT type device. This same format can also be used when the aptmer is replaced to quantitatively measure other important biomolecules such as carcino-embryonic antigen (CEA), cancer antigen 125 (CA-125) and alpha-fetoprotein (AFP) all in a POCT device.

Ning Xia oversaw all of the research (collecting urine samples, performing the fluorescent detection of hCG in urine and revising the paper). Xin Wang conducted part of the fluorescent experiments. Lin Liu designed the experiments and wrote the paper. 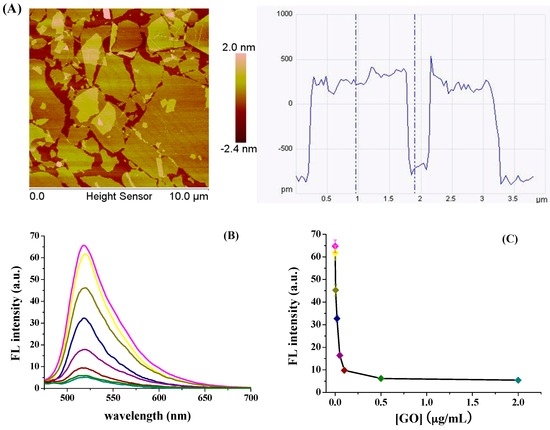