Why Did the Bear Cross the Road? Comparing the Performance of Multiple Resistance Surfaces and Connectivity Modeling Methods
Next Article in Special Issue

Tropical mangroves are considered one of the most productive ecosystems of the world, being characterized as nurseries and food sources for fish and other animals. Microorganisms play important roles in these environments, and the study of bacterial communities is of paramount importance for a better comprehension of mangrove dynamics. This study focused on the structure and composition of bacterial communities in mangrove sediments at different depths and points, located in Southeastern Brazil. Terminal Restriction Fragment Length Polymorphism (T-RFLP) was used to determine the community structure, and 16S rRNA gene pyrosequencing was used to characterize the community composition. Redundancy analysis of T-RFLP patterns revealed differences in bacterial community structure according to soil attributes and depth. The parameters K and depth presented significant correlation with general community structure. Most sequences were classified into the phylum Proteobacteria (88%), which presented differences according to the depth, where the classes Betaproteobacteria (21%) and Deltaproteobacteria (16%) were abundant at 10 cm and Epsilonproteobacteria (35%) was abundant at 40 cm depth. Clear differences were observed in community composition as shown by the differential distribution of the phyla Firmicutes (1.13% and 3.8%, for 10 cm and 40 cm respectively), Chloroflexi (2.8% and 0.75%), and Acidobacteria (2.75% and 0.57%) according to the depth. Bacterial diversity measurements indicated higher diversity in shallow samples. Taken together, our findings indicate that mangrove holds a diverse bacterial community, which is shaped by the variations found in the ecosystem, such as sediment properties and depth. View Full-Text
Keywords: microbial ecology; T-RFLP; pyrosequencing; 16S rRNA; tropical mangrove; sediment bacterial community microbial ecology; T-RFLP; pyrosequencing; 16S rRNA; tropical mangrove; sediment bacterial community
►▼ Show Figures 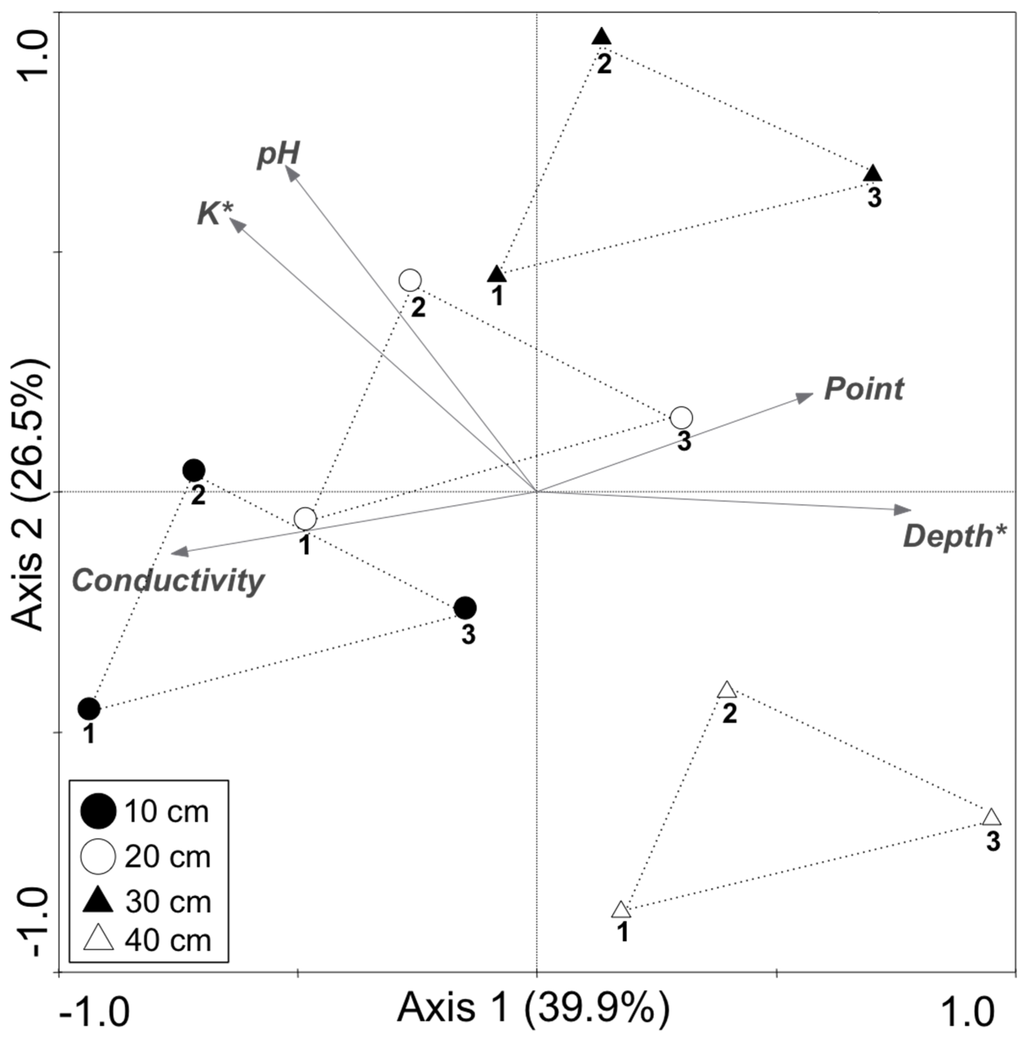