Patterns of Evolutionary Speed: In Search of a Causal Mechanism
Previous Article in Journal

We used the mitochondria DNA COI (cytochrome c oxidase subunit I) sequence as a genetic marker to analyze the population genetic structure of two species of freshwater copepods, Neodiaptomus schmackeri (Poppe and Richard, 1892) and Mongolodiaptomus birulai (Rylov, 1922) from Taiwan. Four populations with 51 individuals of N. schmackeri and five populations with 65 individuals of M. birulai were included. We compared the nucleotide sequences of a 635-bp fragment of the COI gene of N. schmackeri and a 655-bp fragment of the COI gene of M. birulai, and eight and 14 unique haplotypes were recorded, respectively. Tseng-Wen reservoir and Wu-San-Tao reservoir are linked by a channel, and the gene flow between them was unrestricted (Fst = 0.058; Nm = 4.04; Fst, population differentiation parameter; Nm, the number of succesfull migrants per generation); the gene flow between all other populations of both species was restricted (Fst = 0.4–0.99; Nm = 0–0.37). Based on the COI gene diversification pattern, we suggest that most populations of N. schmackeri and M. birulai are isolated from each other. According to the neighbor-joining tree and the minimum spanning network (MSN), the species have similar metapopulation genetic structures. Genetic distance was not found to be correlated with geographical distance. The genetic diversification pattern was not shown to be comparable with geographical isolation owing to long-distance separation. The genetic structure of the present populations may result from serial extinction and redistribution of the populations formed in each reservoir relative to time. Human activity in the reservoirs with regards to water resource management and the fishery industry also exerts an effect on population redistribution. View Full-Text
Keywords: metapopulation; genetic structure; zooplankton; COI gene; mtDNA; copepods; Taiwan metapopulation; genetic structure; zooplankton; COI gene; mtDNA; copepods; Taiwan
►▼ Show Figures 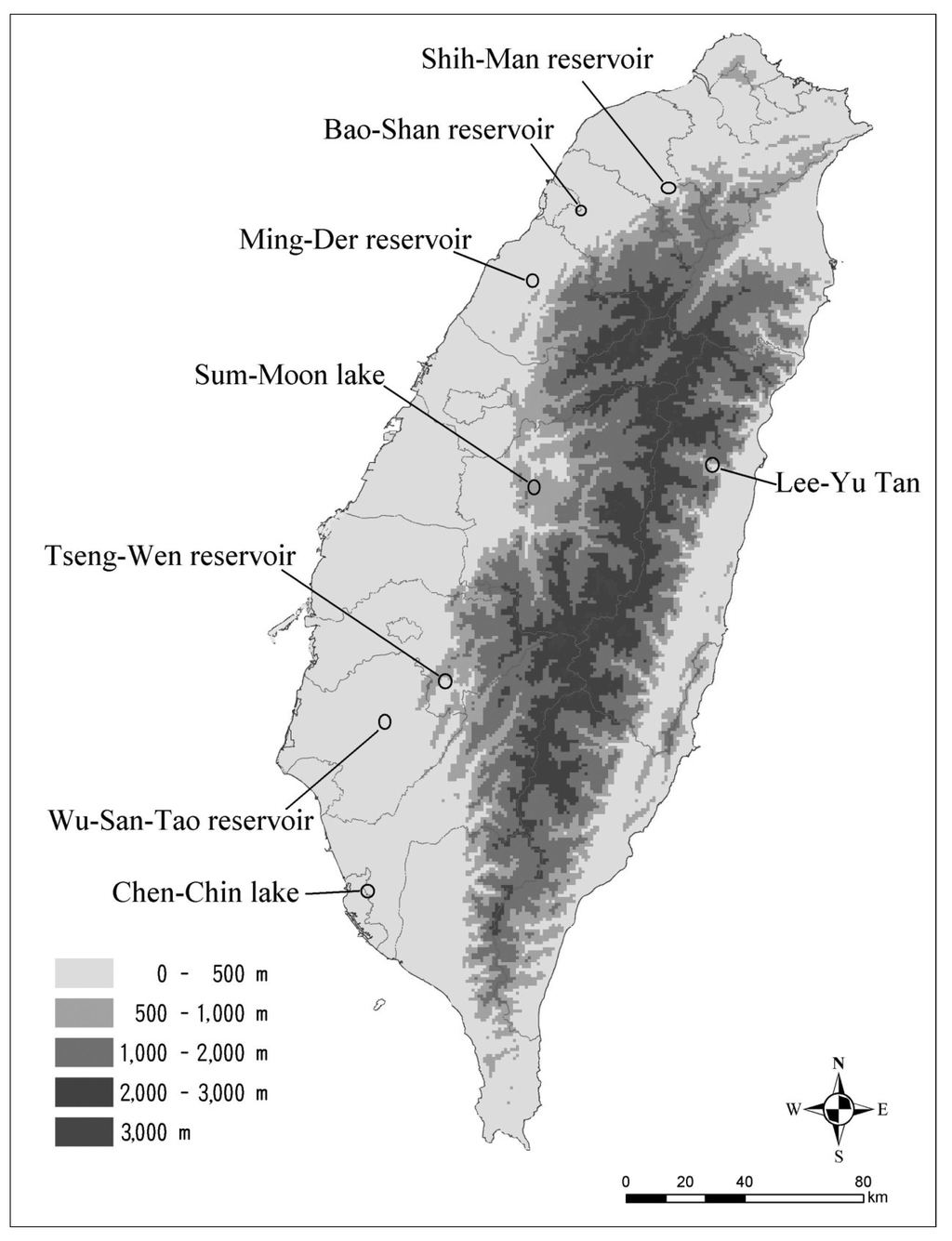