Why Did the Bear Cross the Road? Comparing the Performance of Multiple Resistance Surfaces and Connectivity Modeling Methods
Previous Article in Journal

Land and Forest Degradation inside Protected Areas in Latin America 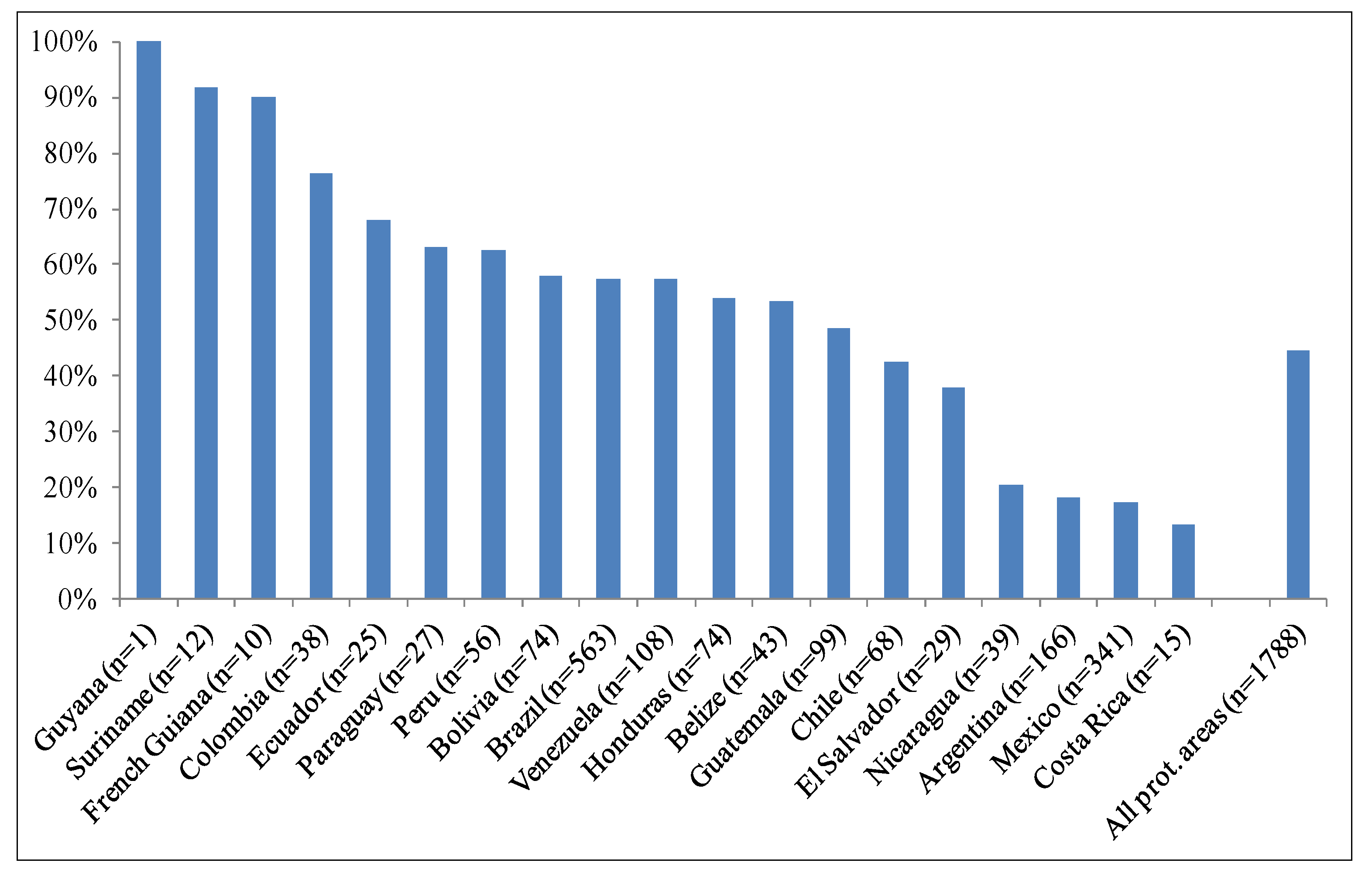 As in the country-level section above, in the protected-area section below we present the descriptive statistics first and then the aggregate regression results. 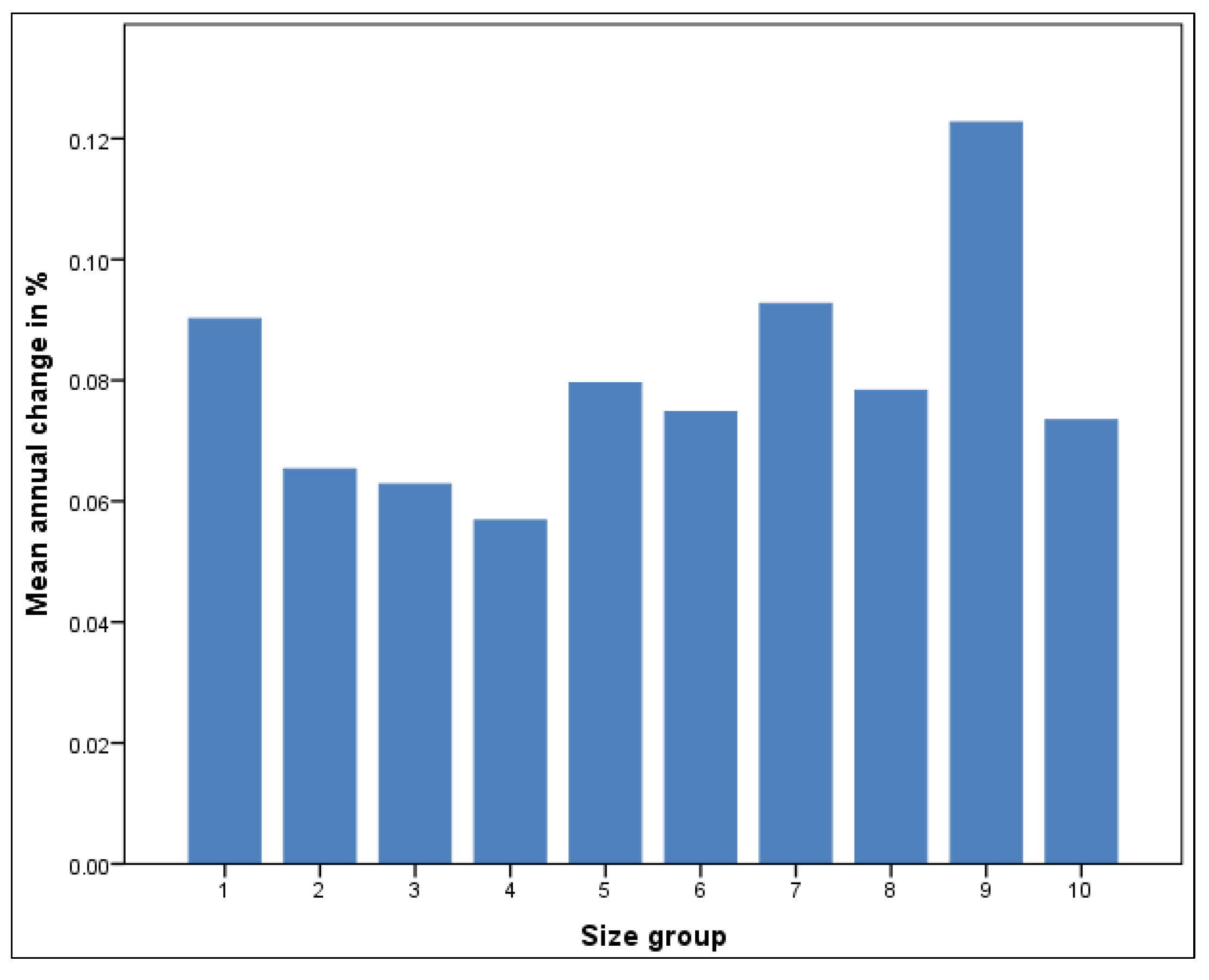 Size groups 2–4 are the lowest suggesting that small size may not be a substantial risk factor for greater land and forest degradation. There may, however, be a threshold close to 500 hectares where the rate of land and forest degradation increases, given the relatively high rate of change in the smallest group. There also appears to be a benefit to being in the largest size, but this may be due to many of the largest protected areas in Latin America being located in remote areas such as Brazil’s 3.9 million hectares Tumucumaque National Park.

3.3. Differences Inside and Outside Protected Areas 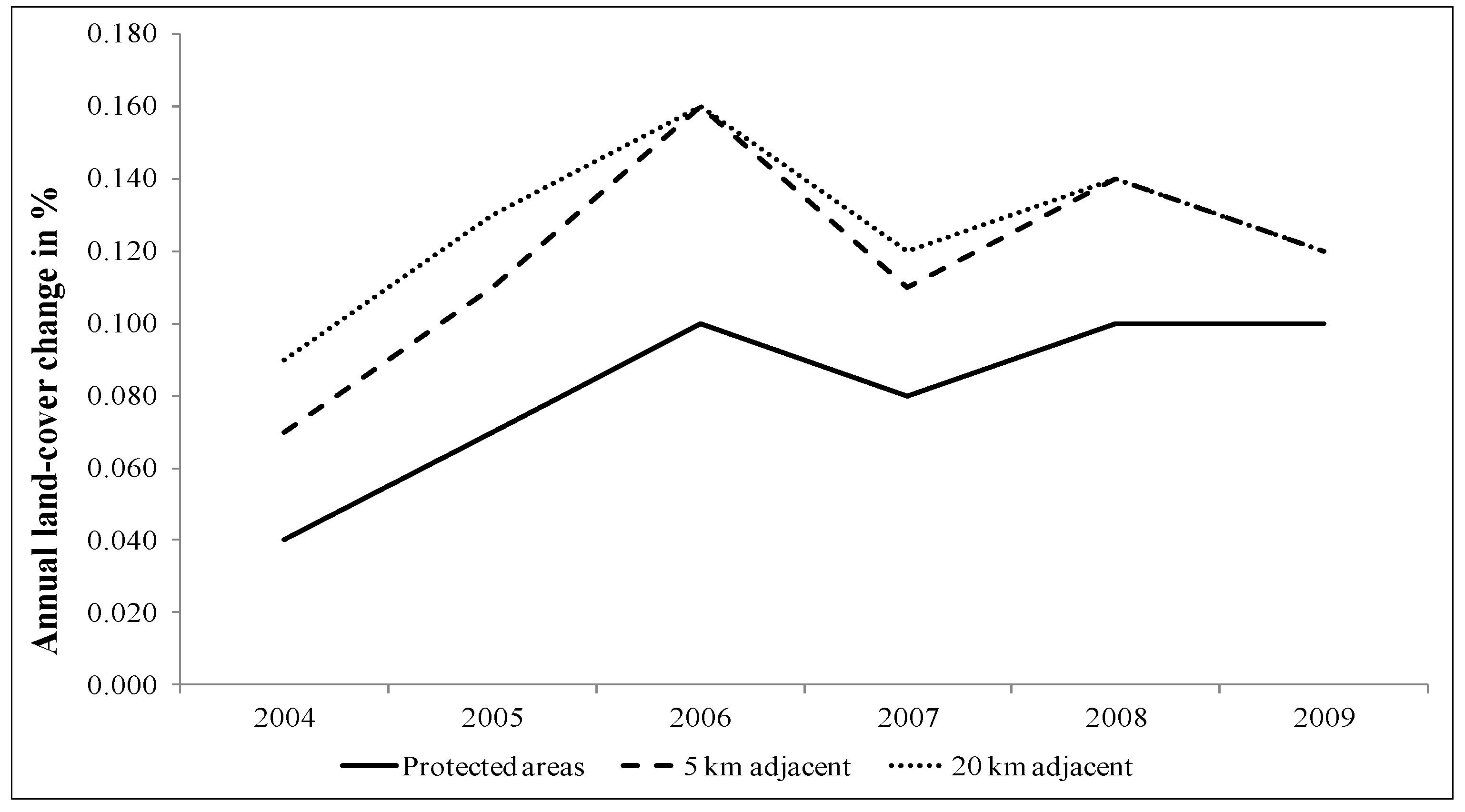 We wish to thank Andy Jarvis at the International Centre for Tropical Agriculture for help with the Terra-i data, Marije Schaafsma at the University of East Anglia and Altea Lorenzo Arribas at BioSS for advice and comments on the statistical tests, and Robert Fox of the University of Maryland Graduate Program in Conservation Biology and Sustainable Development for creating the first iteration of the dataset. We would also like to thank the anonymous reviewers, especially the one who provided the detailed comments.