Since the first descriptions of Antarctic subglacial lakes, there has been a growing interest and awareness of the possibility that life will exist and potentially thrive in these unique and little known environments. The unusual combination of selection pressures, and isolation from the rest of the biosphere, might have led to novel adaptations and physiology not seen before, or indeed to the potential discovery of relic populations that may have become extinct elsewhere. Here we report the first microbiological analysis of a sample taken from a former subglacial lake sediment in Antarctica (Lake Hodgson, on the Antarctic Peninsula). This is one of a number of subglacial lakes just emerging at the margins of the Antarctic ice sheet due to the renewed onset of deglaciation. Microbial diversity was divided into 23.8% Actinobacteria, 21.6% Proteobacteria, 20.2% Planctomycetes and 11.6% Chloroflexi, characteristic of a range of habitat types ( Overall, common sequences were neither distinctly polar, low temperature, freshwater nor marine). Twenty three percent of this diversity could only be identified to “unidentified bacterium”. Clearly these are diverse ecosystems with enormous potential. View Full-Text
Keywords: Antarctica; bacteria; biodiversity; lake; polar; subglacial; sediment Antarctica; bacteria; biodiversity; lake; polar; subglacial; sediment
►▼ Show Figures 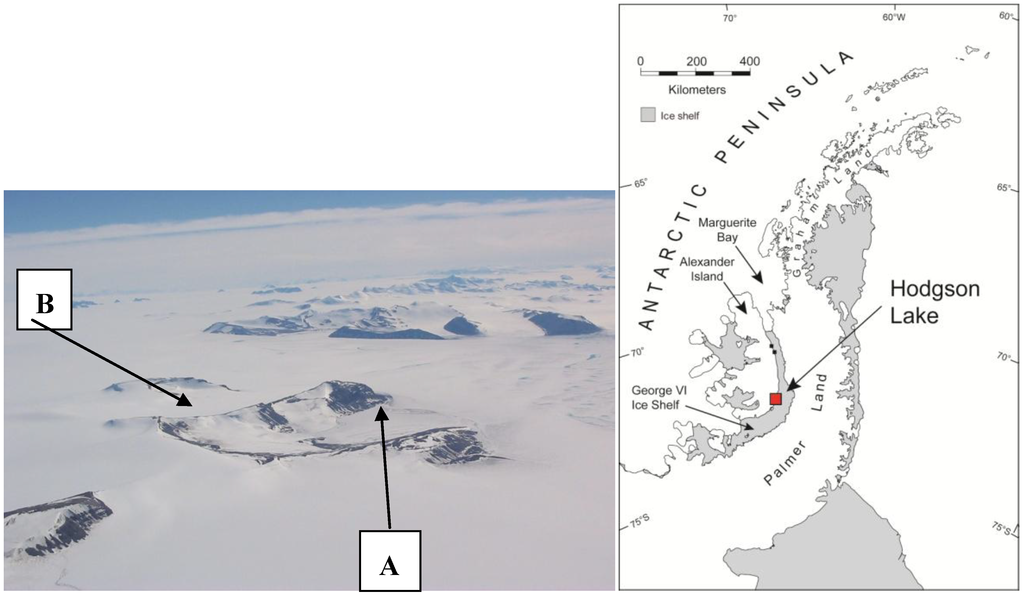